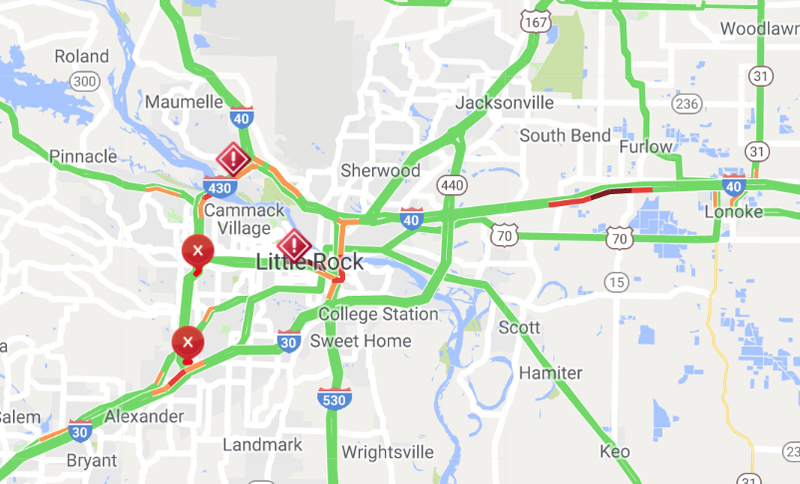 A screenshot of the iDrive Arkansas traffic map showed traffic on I-40 Thursday afternoon.

An 18-wheeler fire has been cleared from Interstate 40 in Lonoke County, but traffic is still moving slowly in the area, according to the Arkansas Department of Transportation.

The fire caused traffic to back up around 10 miles, spokesman Danny Straessle said.

The fire was cleared around 2:30 p.m., but traffic was still stopped in some areas of I-40 and moving slowly in others, a traffic map showed.

“I would recommend people to jump on U.S. Highway 70 at Galloway,” Straessle said.

It wasn't immediately known what caused the fire.

Two separate wrecks have also caused a slow down in traffic in Little Rock and North Little Rock downtown and metro areas.