Everyone has their favorite caped crusader 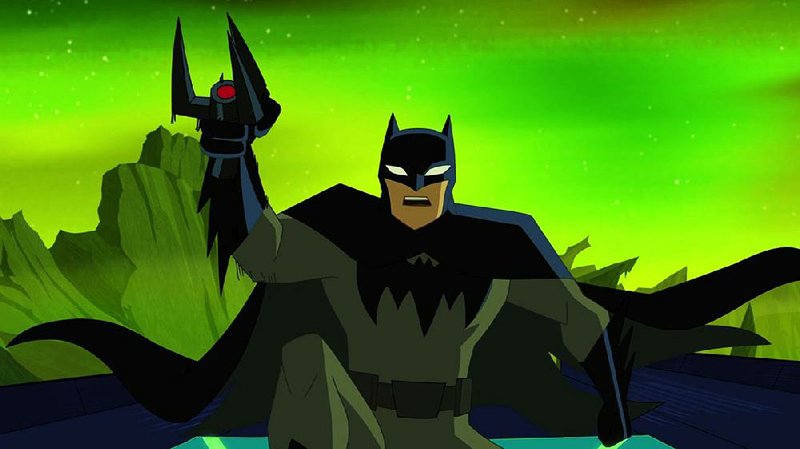 Could the best Batman be Kevin Conroy, who has been providing the voice for animated versions of the character — like the currently streaming series Justice League Action — since 1992?

Last week I wrote about which actor played the best live-action Spider-Man. And while it might be difficult for some to pick between the three, imagine how difficult it is to pick a favorite version of Batman.

Spider-Man has been around since 1962, but Bats? He has been fighting crime since 1939. And you can bet he has had more than twice the people performing the role. Another smart bet? Everyone has a different Batman he or she claims as a favorite. Picking a top contender is difficult, though. There are so many greats to choose from and some not so great (cough... George Clooney... cough).

I'll confess right away I've zero experience with Lewis Wilson as Batman, so he's not going to get any mention on my list. In my defense, I haven't seen a lot of World War II era films, let alone the Batman serial from 1943. I am impressed that Wilson's costume doesn't look as ridiculous as I was imagining though. It's the same with Robert Lowery's 1949 Batman. No experience.

A couple decades later, Adam West (may he rest in peace) took up the mantle. For 120 episodes West was the Batman, and boy was it cheesy. He carried shark repellent, urged kids to eat their vegetables and other things for which modern Batman fans hate the series. But here's the thing. This iteration of Batman is one of many, and it was intentionally designed to be funny and campy. So I don't hate West's performance. It's perfectly in line with the comics at the time. Don't believe me? Look up the character of Bat-Mite from 1959. Silly Batman isn't my favorite, but he doesn't deserve any hate. He certainly has a number of fans among Baby Boomers.

When Tim Burton took the reins of Batman in 1989, fans got what would become one of the most popular actors to wear the cowl even today, Michael Keaton (who would go on to play one of Marvel's best villains in Spider-Man: Homecoming). His take on Batman for two films is fantastic. He's dark and mysterious, but he's also the playboy Bruce Wayne. He became the Batman for a generation before the '90s franchise went to hell, and I admire him for it.

I also want to add Mr. Keaton returning as old Batman in a film adaptation of Batman Beyond would be perfect. Terry McGinnis may not be the favored caped crusader of many, but I like him. He's what we'd get if Jason Todd hadn't turned somewhat evil and had inherited the cowl.

I don't have much to say about Val Kilmer as Batman. He's ... just kind of lukewarm to me. His portrayal in Batman Forever is like the prelude to the death song that is Batman and Robin. And while I was willing to give Adam West a pass for the silliness of the 1960s, I'm not willing to do the same with George Clooney. Some nights I still wake up screaming, "A bat credit card?!" I will say everyone needs to experience Batman and Robin at least once for the Terminator as Mister Freeze. Those ice puns are otherworldly.

After two great films in Batman and Batman Returns (masterpieces blessed by Tim Burton before he became a trope), there came a storm of parental backlash against the films' dark tones and violence. You know, the stuff that makes Batman movies good. Few great things ever came about because of parental backlash. It eventually led to George Clooney (who you figure would be a great Bruce Wayne, but he's pretty much just terrible at playboy and superhero) and also helped kill the Teenage Mutant Ninja Turtles movies of the '90s.

After a bit of hibernation, we were finally given the other most popular Batman in 2005's Batman Begins. This would spawn what many consider not only the best Batman movies ever but the greatest superhero trilogy of all time. Eat your heart out, Christopher Reeve. The only thing people could complain about with Christian Bale's performance as the Dark Knight was his growl voice, and I personally loved that about him.

Most modern Batman fans tend to be divided into two camps when picking the "best" Batman. It usually comes down to Michael Keaton vs. Christian Bale, and I tend to go with the latter because he's the one that came out when I was in high school and college. That's how it is for most people. They pick the one they grew up with. With Bale, I relished the action, the story, the effects and even Anne Hathaway's version of Catwoman. (Heath Ledger's Joker is the stuff of legends, and best Joker portrayal is another article entirely.)

What can I say about Ben Affleck? I expected to be disappointed, but I truly enjoyed him. Batman Vs Superman: Dawn of Justice and Suicide Squad were bad movies. And Justice League was just OK. But one of the best parts of each of these movies was Batfleck. The older grizzled and completely shredded Bruce Wayne was fantastic. While Gal Godot was the best surprise of the DCEU, Batfleck certainly wasn't a disappointment. Though I will say Affleck is a better Batman than a Bruce Wayne.

My personal favorite version of Batman is Kevin Conroy, a name most might not be familiar with. But he's the voice of Batman in the flawless and Emmy-award winning '90s cartoon: Batman: The Animated Series. He has to be the caped crusader using only his voice, so I feel his task is twice as difficult as any other Batman, and yet he nails it. He absolutely kills the emotional depth and inner turmoil that defines this famous character, not just through one series, but several movies afterward and continuing into today.

Conroy has been the voice of Batman more than 30 times since 1992. This guy is a legend, and he's hands down my favorite Batman of all time. I'll watch anything DC puts out with his voice as the caped crusader.

In 2021, we'll have Robert Pattinson the sparkly vampire himself to look forward to as a younger Batman. And you know what? I'll willing to give the guy a chance. Actors can change from role to role, and I think he'll make a fantastic playboy billionaire Bruce Wayne. The Batman will be a bit different, too, in that it'll focus more on the aspect of Batman being the World's Greatest Detective. Sure he'll punch crooks, but he's more than a superhero here. He's a detective solving a mystery, and I'm looking forward to the refreshing change of pace.

Whether Pattinson will have the chops to be an amazing crimefighter remains to be seen. But if there's one thing Warner Bros. knows, it's that people love Batman. So I doubt we'll see this character vanish anytime soon.

If I insulted your favorite Batman (sorry, Clooney fans), feel free to drop me a line at clanning@arkansasonline.com to yell at me.

Print Headline: Everyone has their favorite caped crusader