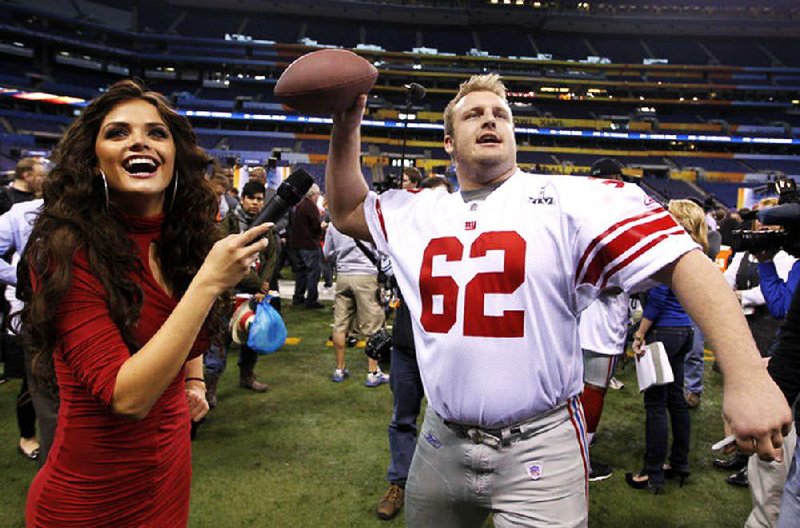 Mitch Petrus, a former fullback and offensive guard at Arkansas who went on to play in the NFL, died Thursday night after suffering a heat-related illness, officials said.

He said records indicate Petrus reported feeling ill after working all day outside and in his family's shop in Lonoke County. The cause of death was listed as heat stroke, Hobbs said.

A heat advisory was in effect for a large swath of Arkansas on Thursday including Lonoke County, where temperatures reached the low-to-mid 90s and the heat index made it feel hotter than 100 degrees, the National Weather Service said. A heat advisory is in effect again on Friday for roughly the northern half of Arkansas.

Petrus, who graduated from Carlisle High School, walked on at Arkansas bounced around at three positions - tight end, linebacker and fullback - his first two seasons before finding a home along the offensive line as a junior in 2007.

He was voted All-SEC as an offensive guard in 2007 and as a redshirt senior in 2009, when he did not allow a sack and was a favorite blocker of head coach Bobby Petrino.

Petrus was a preseason All-SEC pick but was unable to play in 2008 because of an academic complication that stemmed from changing his major.

Petrus was drafted in the fifth round of the 2010 NFL Draft by the New York Giants. In 2011, he started three games and played in the Giants' victory over the New England Patriots in Super Bowl 46.

Petrus played for three teams in 2012 - the Giants, Patriots and Tennessee Titans. His final of four professional starts came with the Titans late in the 2012 season.

Petrus returned to central Arkansas after retiring from the NFL in 2013.

CORRECTION: A previous version of this story incorrectly stated Mitch Petrus did not play in an NFL game after was released by the Giants. It has been corrected.