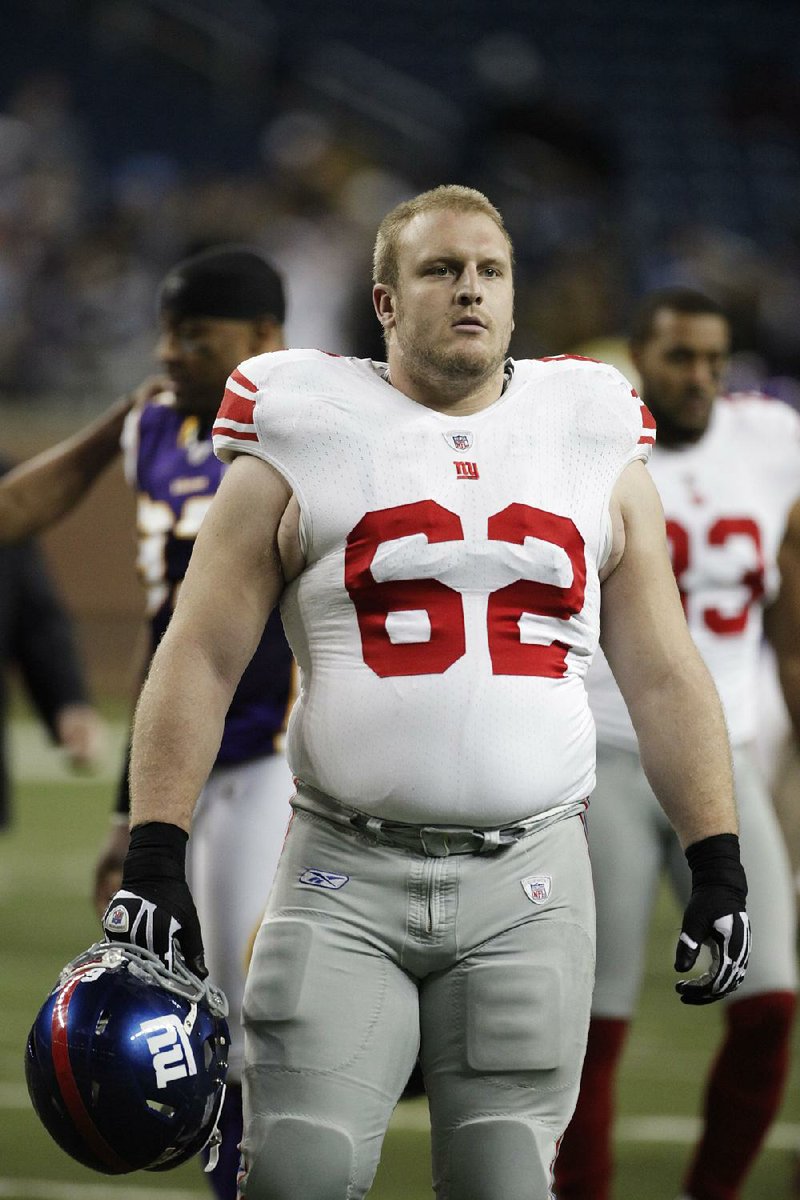 Former Arkansas offensive lineman Mitch Petrus, a native of Carlisle who played professionally from 2010-2012 and won a Super Bowl with the New York Giants, died Thursday at age 32.

FAYETTEVILLE — The state of Arkansas lost a bright light who straddled the realms of sports and media late Thursday with the passing of former Razorback offensive lineman Mitch Petrus.

The 32-year-old Petrus, a native of Carlisle in eastern Arkansas, died at 10:45 p.m. on Thursday after being rushed to Baptist Health Medical Center-North Little Rock due to heatstroke, said Pulaski County Coroner Gerone Hobbs.

Records indicate Petrus reported feeling ill after working outside in his family’s shop in Lonoke County, Hobbs said, on a day in which the heat index soared over 100 degrees and a heat advisory was in effect for a large portion of the state.

The tributes pouring in for Petrus, a two-time All-SEC selection at offensive guard in 2007 and 2009 who went on to win a Super Bowl ring with the New York Giants, reflect the impact he made at the intersections of football, media, music, commerce and politics in Arkansas.

“Everyone who I’ve come in contact with today — from the post office to the bank, all the local places — was just floored by losing somebody who was larger than life,” said Clay Waliski, owner of Nick’s Barbecue and Catfish in Carlisle. “He was literally and figuratively larger than life.

“Sometimes there’s people in life who have these fires and they just burn so bright and they’re so white hot that they last for just a short period of time. You know, I guess he was just one of those guys.”

[Video not showing up above? Click here to watch » https://www.youtube.com/watch?v=8A1FhjFQXEc]

Former Razorback David Bazzel, who helped Petrus break into radio in Arkansas, said every football team needs a couple of players like Petrus.

“He reminded me of the kind of guy that every football team has, those one or two guys that are bigger than life and have off the wall personalities,” Bazzel said. “Players that would say anything and do anything and they were wild. When they walked into the room, you knew there was craziness. That’s what he was for those teams.”

Jonathan Luigs, a former Arkansas offensive line mate who won the 2007 Rimington Trophy as the nation’s best center, said he heard of Petrus’ passing via a group chat with other ex-Razorbacks early Thursday.

“I think we’re all in shock,” Luigs said. “I’m just remembering him as the vibrant, crazy guy that was Mitch Petrus.”

“Such sad, sad news,” Felton said. “Mitch was one of the hardest-working people I knew, was hilariously funny and a genuine good soul.

“A guy who was a walk-on at Arkansas ends up a Super Bowl champ, which speaks volumes to his work ethic and dedication to his craft.”

After Petrus retired from football after stints with the NFL’s Giants, New England Patriots and Tennessee Titans, he got involved in numerous businesses.

He became a regular on Fearless Friday, the high school highlight show produced by Fox 16 in Little Rock. He was a frequent radio guest on stations including KABZ-FM, 103.7 in Little Rock and elsewhere. He played guitar in a band called Vikings of the North Atlantic (VONA) along with Drew and Matt Hudgens and Jon Allen.

“When Mitch walked into the room, he physically and spiritually and emotionally took over that room,” said Wess Moore, sports director of KLRT Fox 16, who brought Petrus on board as a reporter. “He lived life to the fullest.

Petrus bought a tire, lube and towing outfit in Carlisle and ran the tow truck himself. He worked on the family farm. He was an assistant on the staff of state Sen. Jonathan Dismang (R-Beebe).

“I remember the first time I met him, he was just a ball of energy,” former University of Arkansas coach Houston Nutt said. “He was so eager. For him, it always seemed like it was Christmas for a little boy, whether it was going to a meeting room or the practice field or the cafeteria.”

Petrus walked on at Arkansas after playing tight end and fullback at Carlisle. He eventually found a full-time home at left guard, where he earned All-SEC honors blocking for the likes of Darren McFadden, Felix Jones and Peyton Hillis in 2007, then for Michael Smith, Broderick Green and Dennis Johnson in 2009.

“He was a tough, hard-nosed kid,” said Bobby Allen, a defensive assistant at Arkansas during Petrus’ playing days and now director of NFL and high school relations for the Razorbacks. “What I remember, you’d go into the locker room and walk around, say hello to players, and he would always slap me on the back and say, ‘Hey, coach, how you doing?’ He always had a smile on his face. When we put the pads on, he’d flip that switch and you could see it in his eyes that he was ready to compete.”

Moore said Petrus became his first reporter for which coaches would call and ask him to be sent to their games.

Petrus wowed at the 2010 NFL scouting combine with 45 reps of 225 pounds on the bench press. That tied for the second-best mark at the combine at that time, and it is still tied for third. He was selected by the Giants with the 147th pick in the fifth round of the 2010 NFL Draft.

Petrus played parts of three seasons with the Giants, making three starts in the Super Bowl-winning season of 2011. He made four starts for the Patriots and Titans in 2012.

“We are saddened to hear of Mitch’s passing. Our thoughts go out to Mitch’s family and friends,” the New York Giants wrote in a statement.

story on Petrus, posted on his Twitter account: “Mitch was not only a great teammate, he was also a great friend. You will be missed by many buddy. RIP Mitch.”

A public memorial service is scheduled for 3 p.m. at the Carlisle High School gymnasium, according to KARK-TV.

Funeral services have not been announced. 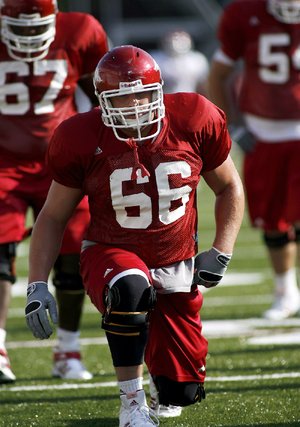 Photo by NWA Democrat-Gazette/ JASON IVESTER
Mitch Petrus was a two-time All-SEC selection at offensive guard in 2007 and 2009 while playing for Arkansas.
ADVERTISEMENT