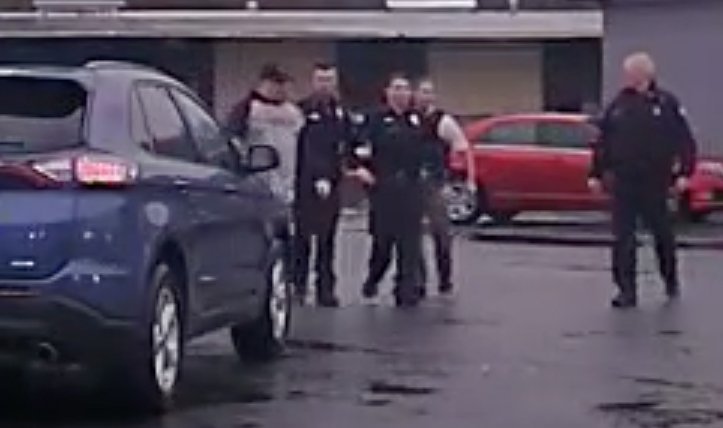 The Little Rock Civil Service Commission approved a new rule Tuesday allowing the chairman to ban any method of recording public hearings despite members raising concerns about the proposed language.

The new rule, passed two days before a hearing for a fired police officer, would allow the commission's chairman to ban any broadcasting, photography or recording during public hearings. The rule goes into effect immediately.

"We have a court reporter here that records everything factually," commissioner Paula Gray Stitz said. "We've got a blogger sitting over there that's going to put on there exactly what he wants it to say to bend whichever way he wants to bend it. I'm all for factual reporting of what's going on here, but not what happens out there in the blog world."

The Civil Service Commission is a seven-member panel that oversees personnel policy, regulations and appeals for the city's Fire Department and Police Department. The commission has the ability to reinstate officers or firefighters who successfully appeal their firing or discipline.

In a two-day hearing beginning Thursday, the commission will hear the appeal of Charles Starks, a former police officer who was fired May 6 after the fatal shooting of Little Rock resident Bradley Blackshire.

Starks shot Blackshire, 30, eight times during a traffic stop in which Blackshire drove a car forward and struck Starks first on the hip and then knocked him off his feet, injuring the officer's knee. Starks was cleared of criminal charges April 19.

Commissioners were adamant that the timing of the recording regulation was coincidental. Human Resources Department Director Stacey Witherell said the issue first went before commissioners in September, but was pulled because there were problems with some of the proposed language.

The first draft of the new section said "electronic devices shall not be used in the courtroom to broadcast, record, photograph, email, blog, tweet, text port or transmit by any means."

Anyone who violates this rule will be removed from the hearing.

"I think that where this came up before was where we had a well-known member of the audience who was out there videotaping us, the commission," chairman Jeffrey Hildebrand said. "That's where this originally came up at the time."

Commissioner Cara Boyd-Connors voiced concerns about the initial language in September and reiterated her concerns with the wording Tuesday.

"It was strictly a First Amendment concern [about] press or any participants who wanted to record notes or even acknowledge anything that occurred," Boyd-Connors said. "Because this is a public hearing, I think the language was too restrictive."

Stitz, however, argued that if the recording devices were allowed in the room, someone would violate the rules.

The new language says the chairman "may" allow broadcasting "provided that the participants will not be distracted, nor will the dignity of the proceedings be impaired."

If an attorney asks the commission not to allow photography, recording or broadcasting, the commission will immediately comply. Individual witnesses also can request not to be photographed or recorded. The new language was modeled in part after recording bans imposed in the state Supreme Court.

Robert Newcomb, a Little Rock attorney who will represent Starks on Thursday and often represents police officers in similar hearings, said during the meeting that he had mixed emotions about the new regulation.

"I'm being quite frank, I'm going to object Thursday, period," Newcomb said. "One of the things the Supreme Court has is if you're going to allow the media in at all, you're going to use a media pool, it has to be controlled by a media coordinator. You can't have Tom, Dick and Harry, Channel 4, 7, 16, 11 and 5 all running cameras at the same time."

Newcomb said that in his experience, the presence of the media makes the proceeding "just become more of a circus."

Newcomb said it would be unfair to allow some media outlets to record and ban others.

"Anybody who claims they're news media -- that's the dilemma we face," he said. "Then you get into an equal-protection problem. You're letting some in and some not, and they're all claiming they're media."

The commission debated both the original language and the new wording for more than 20 minutes Tuesday.

"The language the way it was was restrictive," commissioner Henry Akins II said. "This is restricting everyone, even us. I think we could change it."

"Today, we have to vote on this, now," Stitz said, before Akins cut her off.

"To go in ..." Stitz said before Akins again interjected.

The commission approved the new regulation in a unanimous vote.

After the meeting, commissioners reiterated that the new rule had nothing to do with the appeal hearings for Starks, saying the timing of the meeting may look suspect but was actually a coincidence.

Stitz said that while the passed version of the new regulation would go into immediate effect, the commissioners could amend it in the future if necessary.

When asked after the meeting why the commission did not use the cameras already installed in the meeting room -- used to broadcast the city board meetings -- to record and broadcast civil service hearings or only limit video recording and not audio, Stitz said both audio and audiovisual recordings could be altered before they were posted online.

"I mean you can twist anything," Stitz said. "We can only do what we can do."