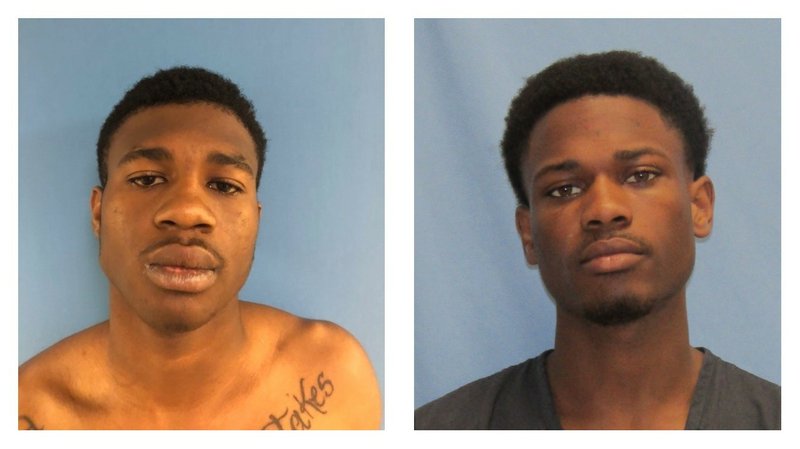 The first-degree murder trial of an 18-year-old North Little Rock man ended in mistrial Thursday after jurors could not reach the required unanimous verdict after 5½ hours of deliberations.

Jurors, who had the option of convicting Shaquan Markell Thompson on a lesser charge of second-degree murder or manslaughter, first indicated that they were struggling to agree on a verdict after about 2½ hours of considering the evidence.

Pulaski County Circuit Judge Leon Johnson urged the seven women and five men to keep trying but declared a mistrial when the jurors again reported that they were deadlocked and did not think they would ever agree. Jurors said they were split 8-4 but did not reveal what verdict they favored.

Thompson is one of two men accused of gunning down 58-year-old Allen Ray "Slim" McGuire in the living room of a mutual friend during an argument over a marijuana cigar, called a blunt.

Authorities said Thompson's co-defendant, Typaris Rome Johnson, provoked the violence by drawing his gun first. McGuire was able to pull his own weapon but did not fire. The men are being tried separately, with Thompson the first to stand trial.

Police say Thompson is a known gang associate, and trial testimony revealed that he is under investigation in another homicide while also a suspect, with Thompson, in several North Little Rock drive-by shootings carried out in the weeks before McGuire was killed.

No physical evidence tied Thompson to McGuire's January 2018 killing, and there were no eyewitnesses to the shooting. The mutual friend, Courtney "Coco" Hunt, had fled the room when the first gun was drawn, according to testimony. The 26-year-old mother of five was in the back bedroom with her children and two others she was baby-sitting, and they escaped through a window when the shooting started.

Thompson did not testify and his attorney Bill James told jurors that there was no real proof that Thompson had been at the apartment when McGuire was killed.

James, with co-counsel Megan Wilson, called no witnesses. Instead, he attacked the police work that led to the defendant's March 2018 arrest, accusing investigators of being more concerned with making arrests than figuring out who actually killed McGuire.

"Is this the search for the truth or a search for a conviction?" James asked in closing arguments. "We [the police] don't care what the facts are because we just need to get Shaquan."

James also ridiculed the testimony of the three witnesses who placed Thompson at the scene -- Hunt and the two children she had been baby-sitting, siblings Ralexia Smith and Clenton Withers. Ralexia and Clenton testified that they saw Thompson get a gun and go into the living room just before the gunfire started, but they differed on details about what else was going on in the apartment.

Hunt's trial testimony that Thompson was at the apartment when McGuire was killed is particularly dubious, given that she first told police that a man named KD -- and not Thompson -- was there, James said. She changed her story to implicate Thompson after being pressured by police, he told the jury. James called on jurors not to buy it.

"Would you spend money on anything Courtney Hunt said?" he asked. "I dare the prosecutors to get up and explain what the evidence is [that] he did anything."

Deputy prosecutor Erin Driver responded in her final argument. She asked jurors to look at the big picture of how all of the evidence, witness statements along with the location of shell casings and the dead man's injuries, come together to show that Thompson is guilty.

"You've got to look at the evidence as a whole to get to the truth," she said.

Hunt did initially implicate KD, but only for a few minutes, Driver said. Hunt dropped the pretense that Thompson, her lover, was not involved after learning that police already knew that Thompson had been there, Driver told jurors.

Hunt might be a little rough, but she immediately did the right thing and confirmed that he'd been in the living room with McGuire when the older man was killed, Driver said. Jurors did not have to like Hunt to see that she was testifying truthfully, the prosecutor said.