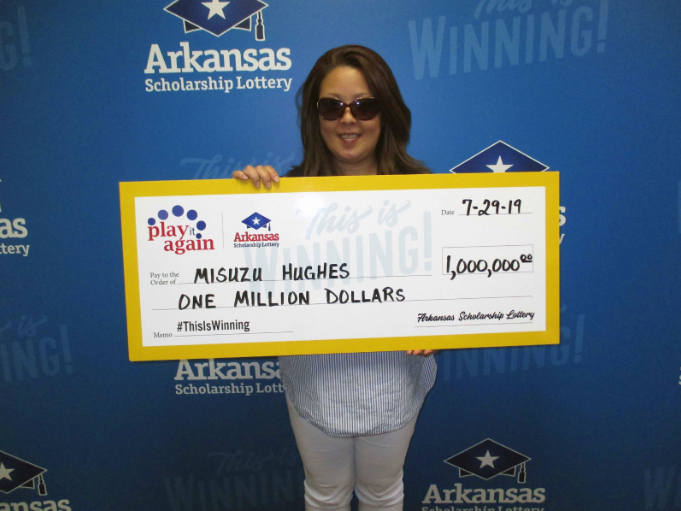 Misuzu Hughes earned the prize by entering the Arkansas Scholarship Lottery’s Play It Again drawing, which lets players enter eligible losing tickets through a lottery website, a news release from the agency states.

Officials said Hughes found out she won the $1 million while at home with her family. Play It Again winners, chosen quarterly, are selected randomly from all eligible entries for each drawing, according to the release.

The Jacksonville woman is the 68th person to win at least $1 million through the Arkansas lottery since 2009, officials said.

She first told her husband John, who said she’d been submitting her non-winning tickets for awhile.

“She spends a lot of time entering in all those stacks of losing tickets,” he said.

The couple plans to use their winnings to make investments, pay bills and donate to whatever organizations on which they can both agree, said Tiffany McNeal, lottery spokeswoman.