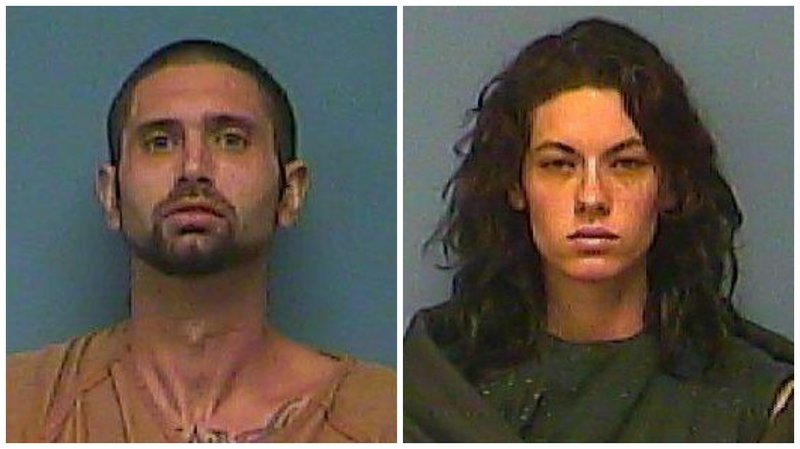 Jonathan Daniel Welborn, 30, and Brittany Nichole Hairston, 26, both of Benton

A 32-year-old Paron man was sentenced Thursday to more than half a century in prison in the 2017 deaths of his two children, who drowned after he backed his truck into a pond and returned to a house to play guitar, a prosecutor said.

A Saline County jury convicted Jonathan Welborn of two counts each of negligent homicide and first-degree endangering the welfare of a minor, according to a news release issued by the Saline County prosecuting attorney's office. Court records show Deputy Prosecuting Attorney Rebecca I. Bush prosecuted the case.

The jury took about 20 minutes to find Welborn guilty on all counts, and he was sentenced to 52 years in prison, the maximum consecutive penalty on all offenses, the prosecutor's office said.

During the trial, the children's mother, Brittany Hairston, testified that she and Welborn entered a house on Arkansas 298 in Paron on July 28, 2017, leaving their children, Sophia, 2, and Zane, 5 months, in the truck.

Welborn, who was irritated because Hairston wanted to stay at the residence and play pool, told her he was going to take the children home and then return for her, the news release stated. He then quickly backed the truck out of the driveway, down an embankment and into a pond, where it submerged, according to testimony.

The Paron man testified that he threw his daughter out of the truck's window as it sank under the water and was unable to unbuckle his son's car seat, watching as the 5-month-old's head sank below the pond's surface, according to the news release.

The prosecutor's office said that, after escaping through the window of the truck, Welborn went back up the hill, entered the house and sat in a chair playing guitar.

Rescuers took both children to Arkansas Children's Hospital in Little Rock, where they were pronounced dead, the arrest report states.

Tests found that Welborn was impaired by methamphetamine, which Hairston testified he took while inside the home.

Hairston pleaded guilty in November 2017 to two counts of endangering the welfare of a minor and was sentenced to 12 years of probation, court records show.