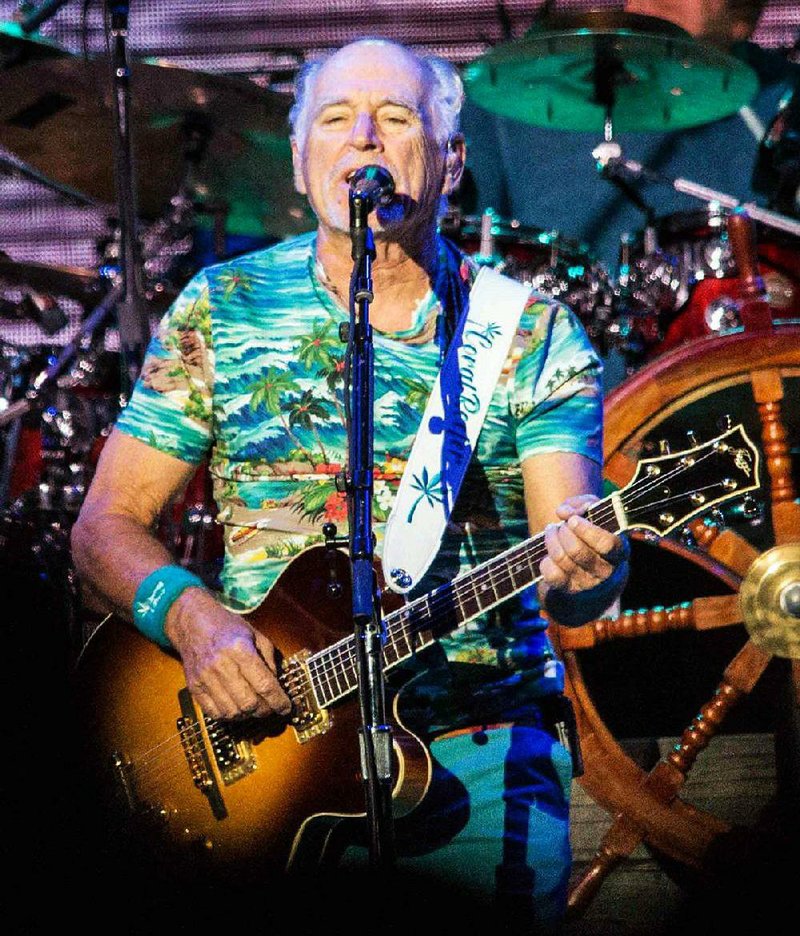 Jimmy Buffett has done a lot of songs about life on and around the ocean, but seemingly nothing about life in inland flood zones.

He did assure his Arkansas fans Thursday night at Verizon Arena in North Little Rock that he was aware of the local situation along the Arkansas River; after all, his fans -- 13,928, filling most of the arena's seats -- have been waiting to see him since an ice storm caused the cancellation of a Buffett show there in December 2013.

But there was no way his 2019 show was going to fall before the creeping waters of the Arkansas River. Nope. The barefoot Buffett and his 11-person Coral Reefers Band didn't even bother to bring an opening act, preferring to just pour it on for two hours and 21 minutes of a tastefully paced show.

And the crowd loved it. Some were on their feet for the whole show, it seemed, some dancing, with Buffett et al. delivering nearly 30 songs. There were familiar hits -- "Volcano," "Come Monday," "Pencil Thin Mustache," "Cheeseburger in Paradise," "Changes in Latitudes, Changes in Attitudes," "Son of a Son of a Sailor," "A Pirate Looks at Forty," "Fins," "It's Five O'Clock Somewhere" and "Margaritaville." There were also some less familiar selections, including "Tides," "Trip Around the Sun," "Dreamsicle," "Frenchman for the Night," "Last Mango in Paris" and "Love and Luck."

Then there were some fascinating cover choices: Rodney Crowell's "Stars on the Water," Will Kimbrough's "Half Drunk," Paul Brady's "The World Is What You Make It," Crosby, Stills & Nash's "Southern Cross" and Bob Marley's "One Love." The finest was "Weather With You," a 1991 hit by Crowded House.

Just as appealing as the songs were Buffett's genuine warmth and good humor with which he shared stories and settings before almost every song. And if that wasn't enough to seal the deal, fans were treated to big-screen vistas of beaches, oceans, boats, bars and the like behind the songs.

Band members got time to show off their talents and received genial introductions from Buffett. The pedal steel player, Doyle Grisham, has played with Buffett since 1999, and guitar player Mac McAnally is a 10-time winner of the Country Music Association's Musician of the Year award. The real crowd favorite among the Coral Reefers, however, was band leader and keyboardist Mike Utley, better known to his friends in his Blytheville hometown as "Buddha."