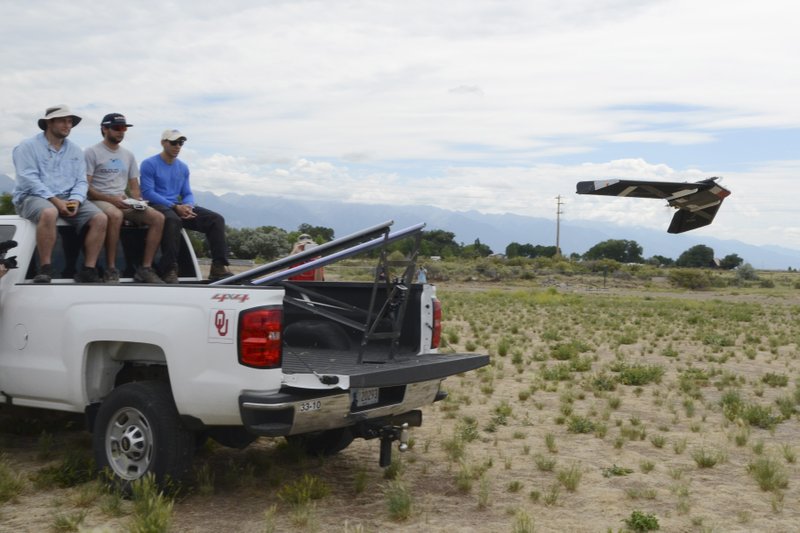 OKLAHOMA CITY -- Researchers at the University of Oklahoma and Oklahoma State University are developing drone technology to more accurately forecast the weather.

Phil Chilson, professor at the University of Oklahoma School of Meteorology, said the university has tried to use drones in meteorology since 2008, but their efforts advanced in 2015 with National Science Foundation funding, The Journal Record reported.

A "long-recognized lack of observation" in the bottom 2 miles of the atmosphere hinders storm forecasting, Chilson said.

While existing radar can correctly show what is happening inside storm cells, such as the height and position of a hail core, it struggles with external factors such as a possible influx of cold or warm, moist air that can fortify a storm. Also, data collection via radar can be expensive, Chilson said. That is where drones can make an impact.

"The surge of [unmanned aircraft systems] has really opened up a lot of doors for us," Chilson said. "This really is a revolutionary period in meteorology."

University of Oklahoma's research focuses on the meteorology side and what type of data and equipment is needed on the drone. Oklahoma State University is focused on developing the drones. Both schools are working through regulatory concerns with the Federal Aviation Administration.

Chilson said the teams aim to establish 100 to 150 stations around Oklahoma, building on an established network of weather-monitoring stations, with autonomous drones operated remotely to gather better data from a large area.

Jamey Jacob, professor at Oklahoma State University and director of the school's Unmanned Systems Research Institute, said the temperature altering 1 degree could result in a storm turning severe or creating tornadoes, so development of unmanned aircraft systems for weather predictions will cause a "paradigm shift."

"It really is going to shift our thinking about how well we can forecast these types of phenomenon, but there's still a lot of work ahead as well," Jacob said.