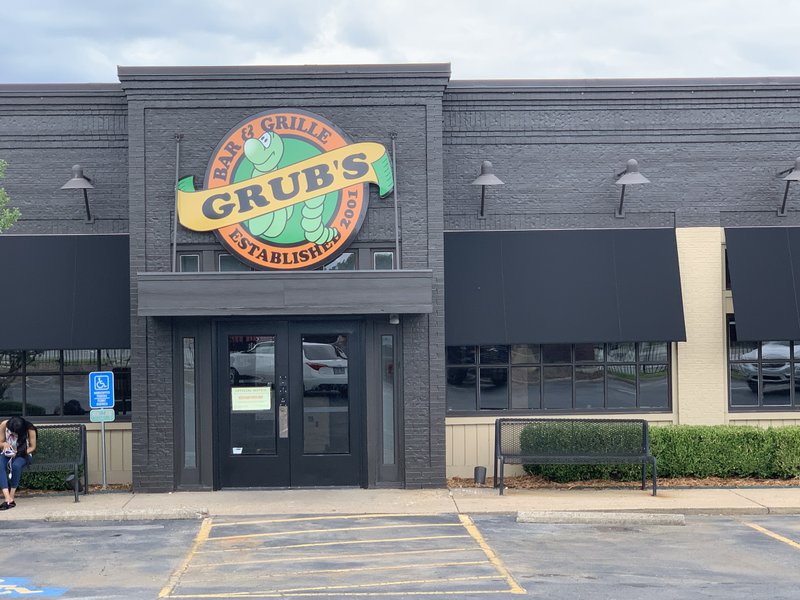 The new Little Rock outlet of Northwest Arkansas-based mini-chain Grub's Bar & Grille opened Wednesday in the one-time Chili's location at 10700 N. Rodney Parham Road, Little Rock. Hours are 11 a.m.-10 p.m. Sunday-Wednesday, 11 a.m.-11 p.m. Thursday, 11 a.m.-midnight Friday-Saturday (the kitchen closes at 11). The phone number is (501) 313-2085; the website, where you can get a feel for the menu: grubsbar.com; and there's a Grub's Bar & Grille Little Rock Facebook page.

Meanwhile, along that same stretch of Rodney Parham Road, we're told that the first Little Rock outlet of Hungry Howie's Pizza, in the free-standing building at the entrance of the Colony West Shopping Center, 10300 N. Rodney Parham, is holding its grand opening today, and giving 10% of its grand-opening proceeds to Easterseals. Hours are 11 a.m.-11 p.m. but we've been unable to get anything but a voicemail message on the phone at (501) 500-9595 to confirm which days. The website is hungryhowies.com. The Madison Heights, Mich.-based chain's claim to distinction is that it is the "home of the original Flavored Crust"; options include Butter, Asiago Cheese, Cajun, Butter Cheese, Sesame, Garlic Herb, Ranch and Onion. The menu also includes calzone-style subs, salads, wings and rolls — check it out at hungryhowies.com/menu-categories. 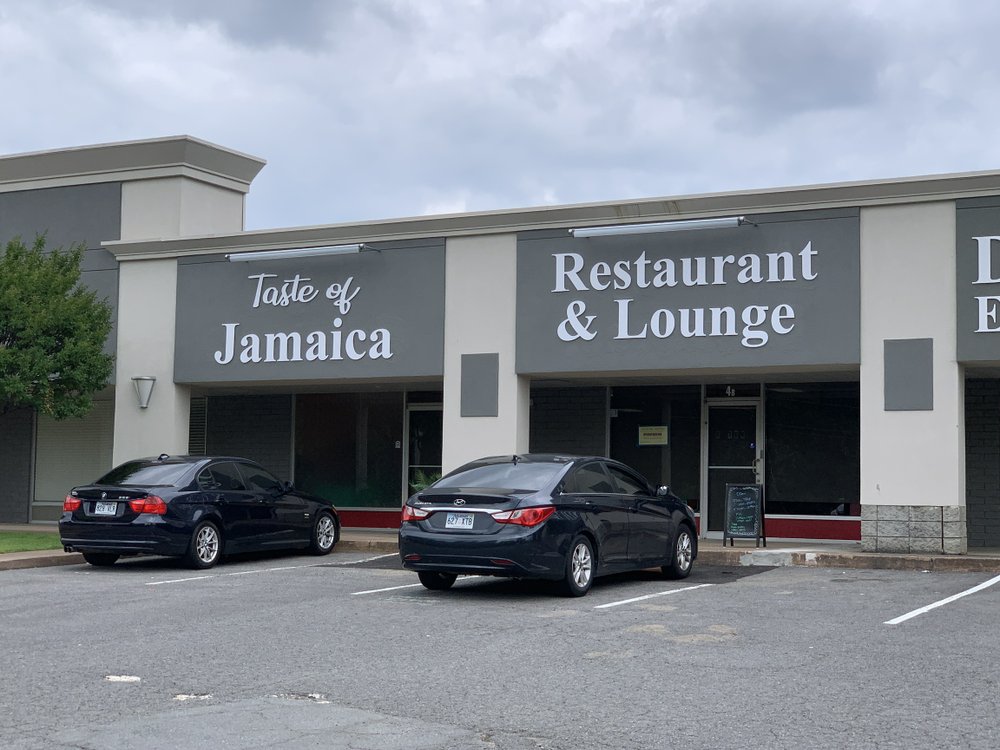 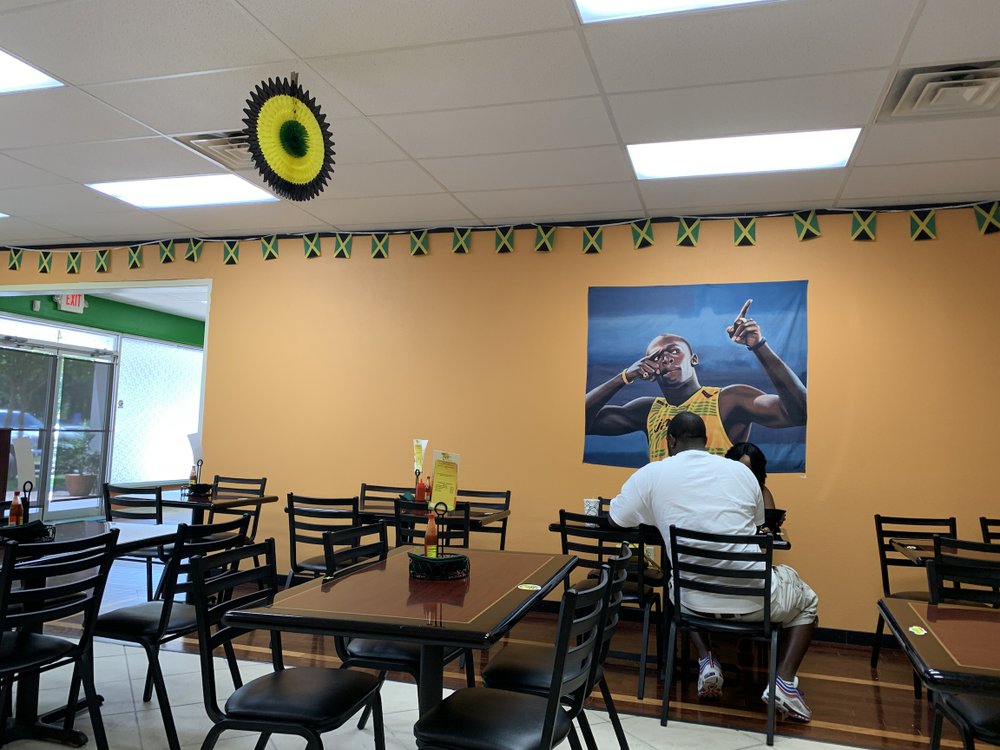 And Taste of Jamaica has opened in two storefronts in the Sturbridge Center, 10014 N. Rodney Parham Road, Little Rock, with a menu with things you'd expect — fried fish, jerk chicken and pork, curry chicken and ("occasionally") curry goat — and some things maybe you wouldn't, including ackee/saltfish, Friday-only oxtails and brown-stew chicken. An application for a mixed-drink license is pending and half the space will become a bar when it comes through. From the website, tasteofjamaicarestaurant.com, we gather that it's a storefront version of the Grab a Bite food truck. Hours are 11 a.m.-2 p.m. and 4-10 p.m. Monday-Thursday, noon-2 and 4 p.m.-midnight Friday-Saturday. The phone number is (501) 312-1111.

Speaking of jerk chicken, Patrick Blackburn, owner of Yeh Mon Jamaican Restaurant in the Bowman Curve Shopping Center, 200 N. Bowman Road, Little Rock, has missed an end of May target to open, the latest in several postponements, but says he's awaiting only the arrival of a final piece of equipment and the results of various inspections and expects to be open within 30 days. You will recall he, too, has promised a genuine Jamaican menu — including curried and jerk chicken, red beans and rice, curried goat, oxtails and brown-stew chicken and brown-stew steak — prepared by "genuine people from Jamaica." Hours, at last check, are to 11 a.m.-9 p.m. Tuesday-Saturday, 11 a.m.-5 p.m. Sunday. We got no answer at either listed telephone numbers — (501) 246-4912 and (501) 319-7156.

Ceci's Chicken N Waffles supposedly reopened last weekend, a little ahead of official schedule, at 6606 Colonel Glenn Road, Little Rock (which previously housed a Sharks Fish & Chicken outlet and, before that, a KFC). You'll recall owner Ciceley McDowell opened Ceci's at 324 E. 13th St., North Little Rock, then moved a couple of years ago to 1600 Dave Ward Drive, Conway, and recently closed there. Hours are 11 a.m.-8 p.m. Tuesday-Saturday, and, according to the website (cecischickenwaffles.com), 10 a.m.-4 p.m. Sunday. The phone number is (501) 313-2626.

And speaking of chicken, Baton Rouge-based Raising Cane's Chicken Fingers is breaking ground on its first Little Rock-area location, 4311 E. McCain Blvd., North Little Rock. The company is anticipating an early October opening. It will be the sixth Raising Cane's in Arkansas (raisingcanes.com/locations) — well, if you count the one in Texarkana, Texas, along with the two in Fayetteville and one each in Rogers and Bentonville — and 472 systemwide. The restaurant expects to hire a staff of 70. The chain was founded by Todd Graves in 1996 and named for his yellow Labrador retriever, Raising Cane. The menu consists of 100% white-meat chicken tenderloins, marinated, hand-battered and cooked to order, with a proprietary sauce.

We're still trying to track down an opening date for El Mezcal, in what had been the Afterthought Bistro & Bar, Kavanaugh Boulevard and Beechwood Street in Little Rock's Hillcrest, but it's close, according to an eagle-eyed colleague who reports they're down to the final setup details (the salt and pepper shakers went in over the weekend). And Google now lists its street address as 645 Beechwood St., which indicates the front entrance will be on Beechwood rather than on Kavanaugh. We have been unable to turn up hours or a listed phone number. The Valadez family, which operates central Arkansas' four Cantina Cinco de Mayo restaurants, is behind the project, of which Ramiro Valadez and Vicente Hernandez have been in charge.

And next-door, at 623 N. Beechwood St., Little Rock, just south of Kavanaugh, where Redbeard Coffee Roasters and Iyengar Yoga Studio of Little Rock are its immediate neighbors, June 20 is the target date for the opening of a third Ohia Poke location in Little Rock's Hillcrest. Hours will be 11 a.m.-9 p.m. daily and owner Au Tran says he's adjusting the hours for the two other Little Rock locations — 220 W Sixth St. downtown and in the Promenade at Chenal, 17711 Chenal Parkway — to match. The phone number is (501) 353-2405.

When the Arkansas Arts Center in Little Rock's MacArthur Park closes June 30 for a lengthy renovation, its restaurant, Watercolor in the Park, will go with it. But Watercolor's successful Petit & Keet Sunday brunch will survive, moving into the actual Petit & Keet, 1620 Market St., Little Rock, as of July 14. Jim Keet, the "Keet" of Petit & Keet, says the menu is still in development, as his people continue extensive surveys of Watercolor and P&K customers and extensive staff tastings, but count on it including many items that were successful at Watercolor — eggs in various styles; house-cured bacon, ham, sausage; and the very popular honey-Sriracha chicken paired with a Belgian waffle. Also likely to be on the menu: a churro waffle and the so-called "shrimp and blintz." Also, expect the award-winning Desayuno Burger, a house-made chorizo and Wagyu beef patty with chipotle lime aioli, house-cured bacon and fried egg on a King's Hawaiian bun. It recently won an area best-burger competition, Keet says, and will be vying in Dallas in October for a $100,000 grand prize. Hours are tentatively set for 10:30 a.m.-2 p.m., but those could expand, "depending on what our guests tell us going forward," Keet says.

The catering operation of JTJ Restaurants LLC (that's Jim, Tommy and Jake Keet) will continue to use the equipment at the Arts Center for off-premises jobs until probably early August; they'll eventually move it to their new catering headquarters in the former Cock of the Walk campus on the North Little Rock side of Maumelle, where Keet is promising a "surprise for central Arkansas, hopefully in November."

And JTJ, which holds the Arkansas franchise for Taziki's Mediterranean Cafe, is in the process of building, from the ground up, a prototype of a new kind of Taziki's on Arkansas 10 (aka Cantrell Road) in Little Rock, just west of Taylor Loop Road. The 3,500-square-foot building will feature limited indoor seating, a pickup window and curbside service, a private dining space and a pergola. Keet says the target to have it open is the end of November.

Perhaps a classic case of adding insult to injury: Mary Beth Ringgold, owner of the now-late legendary Little Rock restaurant Cajun's Wharf, 2400 Cantrell Road, which had had to cancel its June 1 "sayonara" because of Arkansas River flooding, posted on Facebook over the weekend that in the wee hours of the June 5 morning, "three criminal thugs waded thru knee-deep water (which I might add had many many water moccasins) to break in and steal money and whiskey .... While they were at it, they smashed and took a hatchet to all of our communication routers and command center and a few choice computer components." A subsequent police report lists the total value of the burglary as approximately $14,000. Ringgold posted photos from surveillance footage of two of the three alleged perpetrators, and "I do hope the [Little Rock Police Department] catches these guys. I so want to have a few words with them." Flooding also forced the cancellation of a planned auction of restaurant fixtures, memorabilia and equipment Tuesday; that auction will now take place online via Blackmonauctions.com.

Baptist Health's BHealthy Farmers Market will "pop up," 4-7 p.m. Friday and July 12 in the Courtyard at the Promenade at Chenal, 17711 Chenal Parkway, Little Rock. At least 10 local farmers will sell produce; visitors can score a free copy of the Baptist BHealthy cookbook. Visit ChenalShopping.com or the Facebook page, facebook.com/ChenalPromenade.

Aramark chef Thomas Bedward will prepare a four-course meal based on nearly a dozen varieties of heirloom tomatoes for the University of Arkansas at Monticello College of Forestry, Agriculture and Natural Resources' ninth annual Tomatoes at the Trotter scholarship fundraising dinner, June 27 at the UAM Trotter House Bed and Breakfast, 404 N. Main St., Monticello, in the Drew County town's North Main Street Historic District. Tasting starts at 6:30 p.m. with the meal at 7. Tickets, $30, also include tomato recipes and growing tips. Call (870) 460-1052.

And husband-and-wife duo Trae and Weisi Basore, veterans of the New York hospitality industry, have opened Bar Cleeta, a small-plates, wine-focused restaurant at 110 N.W. Second St. in Trae's hometown of Bentonville. "Named after Trae's great-grandmother, Bar Cleeta is a casual gathering spot for elevated, shareable dishes, featuring house-made charcuterie, caviar service and an eclectic wine list," according to a news release. Trae Basore, the chef, lists among his New York credits Tom Colicchio's Craft and Colicchio & Sons and Pearl & Ash. His menu "combines his classical training with his Southern heritage, and purposefully caters to both local and destination diners," using ingredients made in-house (charcuterie, butter and creme fraiche, pasta) or sourced from local vendors, including Rockin' Baker Academy, a Fayetteville nonprofit bakery "that enables self-sufficiency through job-skills training for the disadvantaged community." Weisi Basore, a Chicago native and a "mentee of the late Sasha Petraske — who worked for top New York City spots like Blue Hill and Kin Shop," says the release, will oversee the beverage program, which includes an 80-bottle wine list and more than 15 rotating "by the glass" options, plus a seasonal cocktail list and area brews. Hours are 4:30-10:30 p.m. daily with extended hours and brunch eventually to follow. The phone number: (479) 553-7006.