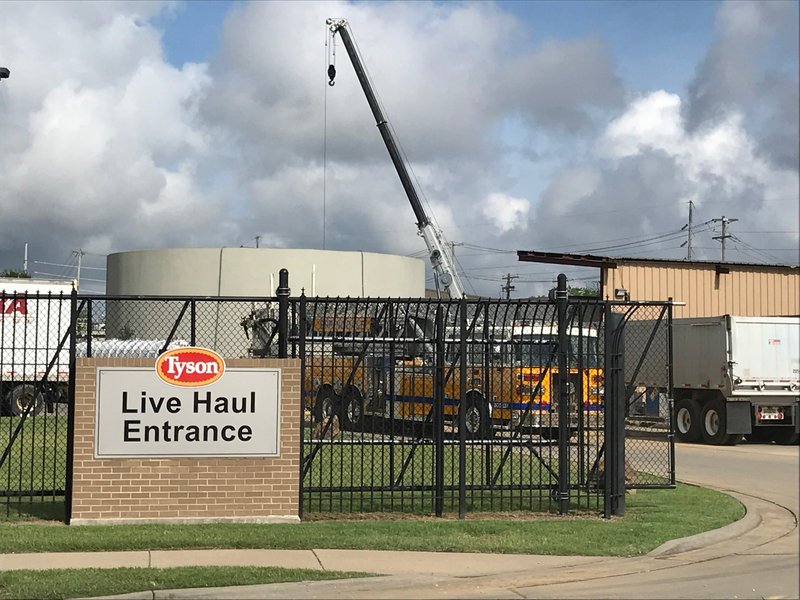 SPRINGDALE — One person is in critical condition today after an industrial accident at the Tyson Foods Berry Street plant, according to a hospital spokeswoman.

Beth Wright, vice president for marketing and business development at Northwest Medical Center-Springdale, said in a statement this afternoon that five people were brought to the hospital from the plant after they were exposed to a cleaning agent.

“One is in critical condition, another in serious, and three are in fair condition," the statement says.

She declined to give further details about the injuries or the chemical spilled. She added Northwest was the only hospital involved.

Capt. Matt Bagley, public information officer for the Fire Department, said an industrial cleaning supply was spilled. He said all of the product was easily and quickly contained. No ammonia was released into the atmosphere or the groundwater.

The accident happened in the northwest part of the plant, but Bagley did not know what production process takes place there.

Derek Burleson, Tyson spokesman, said the spill involved a cleaning material and happened outside the plant. The company is investigating the incident, he said.

“We’re thankful for the quick response of Springdale emergency services who helped us address the situation,” he said.

Hans Driessnack, CEO of Northwest-Springdale, said the hospital staff trains and works with the city’s first responders and employers to be prepared for situations like today’s accident.

A spill at the same plant in June 2011 sent more than 150 workers to area hospitals for chlorine-gas exposure. The accident was caused by a reaction from mixing chemicals and was attributed to human error, a Tyson executive said at the time.

An ammonia leak at Tyson’s Chick-N-Quick, plant in Rogers in December 2014 injured 23 employees. The same Rogers plant experienced an ammonia leak in September 2013.