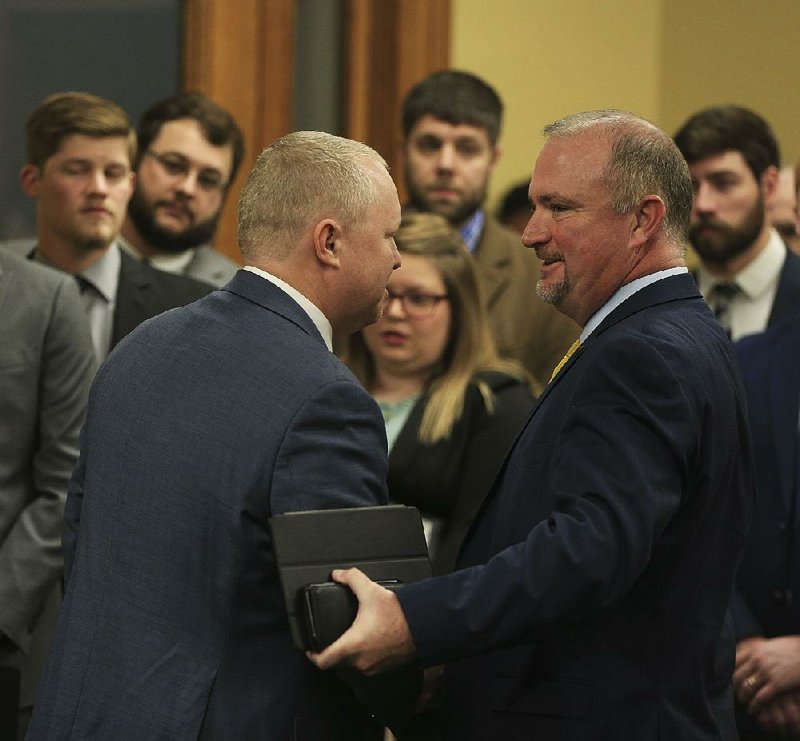 Bills allowing pharmacists to dispense birth-control pills and stop-smoking products and to administer vaccines to children age 7 or older -- all without a doctor's prescription -- cleared a House committee on Thursday.

House Bill 1290, sponsored by Rep. Aaron Pilkington, R-Clarksville, would allow pharmacists who complete a training program approved by the state Board of Pharmacy to dispense oral contraceptives to women who are 18 or older.

The pharmacist would have to follow a protocol approved by the Pharmacy Board and state Medical Board and notify the woman's primary-care provider.

If the woman had not seen a primary care or women's health practitioner within the previous six months, the pharmacist would be required to refer the woman to a primary-care provider and limit the drugs to a six-month supply.

By increasing access to birth control, Pilkington said, the bill would reduce unwanted pregnancies, teen pregnancies and abortions and reduce the amount of money the state Medicaid program spends on such pregnancies.

The American College of Obstetricians and Gynecologists supports the bill, Pilkington said.

"I hear all the time about how Arkansas is high in teen pregnancy, and we're high in infant mortality, and I'm just tired of not trying to fix that," Pilkington said.

Among the concerns raised by opponents were that the bill could promote promiscuity, increase women's risk of contracting sexually transmitted diseases and decrease the likelihood that they would see a doctor for health screenings.

Charisse Dean, government affairs assistant and project coordinator for the Family Council in Little Rock, said birth control can cause "the death of an unborn child" by preventing a fertilized egg from implanting in the uterus.

David Wroten, executive vice president for the Arkansas Medical Society, said his group, which represents physicians, supports the concept of the bill, but wants the state Medical Board and obstetrician-gynecologists to have input on the training pharmacists receive.

He said he's also concerned about what pharmacists will be allowed to charge. In California, where a similar law is in effect, women pay for the pills, an administrative fee, and a "consulting fee" of $40 to $60, he said.

"By the time you do all of that, you could have gone to a doctor and gotten your birth-control pills, and it still would have been less expensive," he said.

Pilkington said Wroten hadn't told him about his concerns before the hearing.

The House Committee on Public Health, Welfare and Labor recommended passage of the bill in a voice vote with at least one audible dissent.

John Vinson, chief operating officer of the Arkansas Pharmacists Association, said most of the products can be purchased over the counter.

The bill wouldn't allow pharmacists to dispense prescription drugs such as Chantix without a prescription.

The committee advanced the bill in a voice vote, with no members dissenting.

The bill would allow pharmacists to administer childhood vaccines to children age 7 and older under a written protocol by a physician.

Arkansas Code 17-92-101 already allows pharmacists to administer flu vaccine to children age 7 and older and other vaccines to adults under a general protocol that doesn't require a prescription for each patient.

The three bills next go to the full House.