A bill allowing Deferred Action for Childhood Arrivals recipients to obtain nursing licenses in Arkansas cleared a House panel Thursday in a voice vote, with no dissent.

The Committee on Public Health, Welfare and Labor acted after hearing from Rosa Ruvalcaba Serna, a senior at the University of Arkansas for Medical Sciences' College of Nursing, as well as from two other DACA recipients who hope to become nurses in the state.

No one spoke against the bill, and the closest that the committee members got to debating it was when Rep. Fred Love, D-Little Rock, made a motion to recommend passage of the bill but then agreed to let Rep. John Payton, R-Wilburn, make it instead.

Payton, one of House Bill 1552's 14 sponsors, said he was "shocked" to learn that DACA recipients are unable to obtain licenses in the state.

"While I don't appreciate what your parents did in coming here without permission, I do not want to hold that against you in any way," Payton told Ruvalcaba Serna.

She is one of several nursing students whose career plans were upended in 2017, when the Arkansas State Board of Nursing began denying licenses to applicants with deferred-action status.

HB1552's lead sponsor, Rep. Megan Godfrey, D-Springdale, said the bill would keep those students from having to move to Oklahoma or other states that award licenses to DACA recipients.

"At a time when our state is experiencing a shortage of nurses, we should do all that we can to recruit and retain nurses in Arkansas," Godfrey said.

"It just makes sense, and it's the right thing to do," he said.

DACA is a designation created by President Barack Obama in 2012 for foreigners who arrived in the U.S. as children and are living in the country illegally.

Recipients are permitted to stay in the U.S. for two years at a time, attend college, buy homes, drive, work and obtain Social Security cards as long as they meet eligibility requirements, pass background checks and don't commit crimes.

Deferred status falls short of "legal status," and federal law does not consider recipients to be "qualified aliens" eligible for public "benefits" handled at the statewide level, such as professional licenses. Legislatures may grant DACA recipients access to those benefits, but most states, like Arkansas, have not.

Like other DACA recipients, Ruvalcaba Serna must pay out-of-state tuition, even though she graduated from high school in Arkansas, and is not eligible for state-supported scholarships or federal financial aid.

At one point she said she was working three jobs while also a full-time student at the University of Arkansas-Pulaski Technical College.

After the Nursing Board change was announced, she said UAMS offered to refund her tuition if she wanted to withdraw, but she declined.

"I have worked hard to get where I am so I can help others. I'm not willing to give up on myself," Ruvalcaba Serna, whose parents brought her to the United States when she was 6, told the committee.

Zulually Guerrero, who transferred from a community college in Arkansas to a college in Texas, and her cousin, Aldair Guerrero, a senior at De Queen High School, told the committee that they also hope to become nurses in Arkansas.

"We are not here to steal anyone's jobs," Aldair Guerrero said. "We want to live a better life, and we want to do it the right way."

Godfrey said the "very minimal push-back" she's received has come from "those who worry that this seems like an immigration issue that should be handled at the federal level.

"However, this isn't' an immigration bill. This is a professional licensure bill."

A January 2017 report by the National Conference of State Legislatures found 10 states that allowed DACA recipients or other foreigners to obtain professional licenses.

Other states may grant licenses even without formally changing the law, as was the case in Arkansas for years.

The change in the Arkansas nursing board's policy came after a student from Missouri, who learned that he would not be able to obtain a license there, inquired about getting one in Arkansas, prompting a discussion among officials in the two states.

An Arkansas Democrat-Gazette survey in October 2017 found that at least nine students at four Arkansas universities and colleges were affected by the change.

Mireya Reith, executive director of Arkansas United, an immigrant advocacy and service organization, said she also hopes to see legislation allowing DACA recipients to obtain licenses to teach and hold positions in other professions in the state.

House Bill 1684, filed Tuesday by Rep. Dan Douglas, R-Bentonville, would grant in-state tuition at state colleges and universities to students who have lived in the state for at least three years and graduated from high school or received General Educational Development diplomas in the state.

"Today's unanimous support [for HB1552] definitely has us encouraged that we have the opportunity to continue the conversation with our legislators," Reith said. 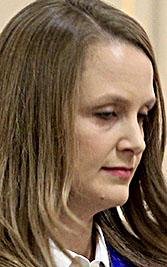 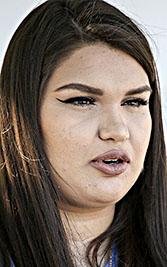