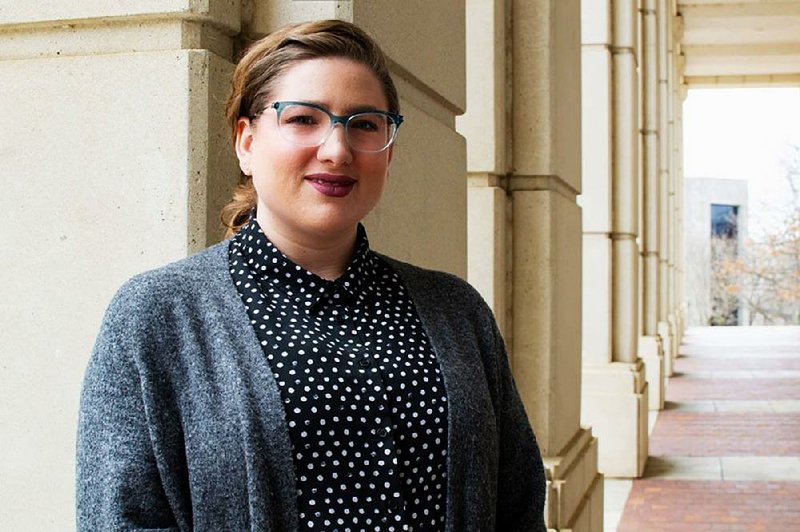 FAYETTEVILLE -- A folklorist previously working in Kentucky will lead a statewide effort based at the University of Arkansas to support folk art traditions.

Virginia Siegel began Feb. 18 as folk arts coordinator for Arkansas Folk and Traditional Arts, a program given a new start with the help of a $30,000 grant from the National Endowment for the Arts.

A dance style, leather work or basket-making all can be examples of folk art, Siegel said, defining it broadly as "arts that are created within a community" as knowledge gets passed down.

Her appointment marks the return of a statewide folklorist position to Arkansas.

Drew Beisswenger, a UA librarian who wrote the request for federal funding, told the Democrat-Gazette in 2018 that the statewide program had ended in 2015 after most recently being based at Arkansas State University.

Siegel's position is based in UA Libraries.

The National Endowment for the Arts grant money is being used to help pay for "several different aspects of the position, including facilities and administrative costs, travel and equipment," Kelsey Lovewell Lippard, public relations coordinator for UA Libraries, said in an email.

Siegel is paid an annual salary of $40,000, Lovewell Lippard said.

An Ohio native, Siegel earned a bachelor of fine arts degree in historic preservation from the Savannah College of Art and Design. She earned a master's degree in folk studies from Western Kentucky University.

In Arkansas, her job will involve connecting individuals and arts organizations to one another while also conducting field work and establishing programming, she said.

"A lot of state folk arts programs, this is one of their mainstay programs, and that would be to support master artists so that way they can pass their traditions on to someone in the community who, maybe, is not as skilled," Siegel.

She said that while the term folk arts may conjure up images of "old timey" activities, "we're very interested in new and emerging traditions, as well as traditions of newcomer communities."

Dan Dean, board president for nonprofit Ozark Folkways, said he was unfamiliar with the new statewide program.

He said Ozark Folkways has a gallery and "maker spaces" in Winslow, located about 20 miles south of Fayetteville.

"We have started to lose some of the traditional folk arts, so I think it's real important we do our best to preserve those and instruct future generations how to keep those traditions alive," Dean said.

A supported apprentice program would be a "fantastic idea," said Dean, calling it a "prime example of a way to keep the tradition going."

Siegel said she also hopes to create a "community scholar program," which would involve hosting workshops around the state to help people document their own communities.

Her job will involve seeking out grant funding to pay for such initiatives, she said. In Kentucky, she was lead curator for an oral history project documenting the culture of Bosnian Americans living in Bowling Green and traditions that can be traced back to southeastern Europe.

When it comes to her work documenting folk and traditional art, Siegel said she likes to include digital components alongside any physical exhibits.

"Seeing an image of a basket is a lot different than seeing a video of someone making a basket and all the steps and hard work that goes into it," Siegel said.

She said she's yet to travel around the state, but the response to the revived Arkansas effort has her excited for the future.

"There's just a really amazing level of excitement and interest in this. It's thrilling to be a part of it," Siegel said.