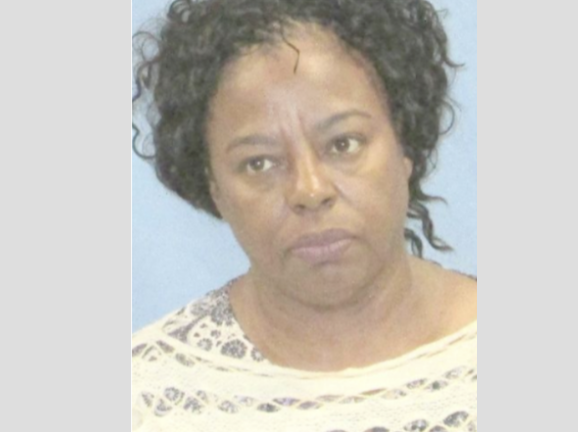 A former Arkansas hospice owner, a key player in what authorities say is one of Mississippi's worst Medicaid-fraud schemes, pleaded guilty to similar charges in Little Rock on Monday, plus a count of failure to file Arkansas income taxes.

Charline Brandon, 63, of Cleveland, Miss., will be sentenced next month after Pulaski County Circuit Judge Herb Wright determines how much restitution she should pay.

Brandon, the former administrator and co-owner of Helena-West Helena's Bridge of Faith Hospice and Palliative Care, was represented by Little Rock attorney Don Trimble when she pleaded guilty to two counts of Medicaid fraud and the income-tax charge. The facility has been sold.

In exchange for the plea, prosecutors dropped a third Medicaid-fraud charge and a health care-fraud count. She faces more than 40 years at sentencing on April 9.

In Mississippi federal court, Brandon faces up to 10 years when she is sentenced in July.

Court filings show that as a result of the federal probe into Brandon's operations, investigators for Arkansas Attorney General Leslie Rutledge uncovered evidence that the hospice operator was responsible for fraudulently billing the state Medicaid program for $289,986 for caring for two patients who were not terminally ill over a nearly six-year period between March 2011 and January 2017.

Brandon was arrested in September 2017.

The state Medicaid program paid out $196,833 for one of those patients over six years. That patient had been falsely listed as having a terminal diagnosis of lung disease, stroke, end-stage heart disease and congestive heart failure.

Another $93,153 was paid out on behalf of a second patient who was falsely listed as suffering from lung disease and congestive heart failure.

Deputy Attorney General Lloyd Warford told the judge on Monday that the tax charge was the result of more evidence that Arkansas authorities obtained from federal investigators in Mississippi.

Warford also said authorities are negotiating with lawyers for the remaining defendant, Dr. Thomas Odell Bailey of Lexa, to resolve the criminal charges through a civil fine and restitution. Bailey, 53, had been the facility's medical director.

Three other members of Brandon's former staff were also arrested, but they resolved their criminal charges in December.

Debra Irby Stewart, 61, of Helena-West Helena, a nurse, pleaded no contest to misdemeanor theft by deception in exchange for one year of unsupervised probation and a $500 fine.

Pearlie Bailey, 64, of Hollandale, Miss., who had been a manager, was fined $500 and sentenced to six months on probation after pleading guilty to misdemeanor failure to maintain records.

Both women are first-time offenders who can have their convictions expunged if they complete their probation without getting into more trouble.

Each of the the defendants had initially been charged with engaging in a continuing criminal enterprise, but prosecutors have withdrawn the charge, a class Y felony that carries a potential life sentence.

In October, Brandon pleaded guilty in Mississippi federal court to conspiracy to commit health care fraud for her role in collecting Medicare and Medicaid payments from the U.S. Department of Health and Human Services and the Mississippi Medicaid program. Federal prosecutors dropped eight counts of health care fraud in exchange for her guilty plea.

In a news release, federal prosecutors said Brandon submitted more than $11 million in fraudulent claims to Medicare and more than $2 million to Medicaid.

Brandon, who was the first of three defendants to plead out, "exploited the most vulnerable in our society while stealing millions from our health care system," Derrick Jackson, a chief Health and Human Services investigator from Atlanta, said at the time.

"This is one of the largest and most egregious hospice schemes I have seen in Mississippi," he said.

Brandon and her son Wendell Brandon were indicted in November 2017. The charging documents describe Wendell Brandon as the owner of four of the clinics. He pleaded guilty in November to attempt and conspiracy to commit mail fraud in exchange for prosecutors dropping eight counts of health care fraud. Like his mother, he is also scheduled for sentencing in July.

Brandon co-owned the Arkansas facility with his mother, and investigators reported that he was implicated in his mother's Arkansas scheme, but he was not charged.