WATCH YOUR LANGUAGE! Sweet 'p' is silenced by Greeks 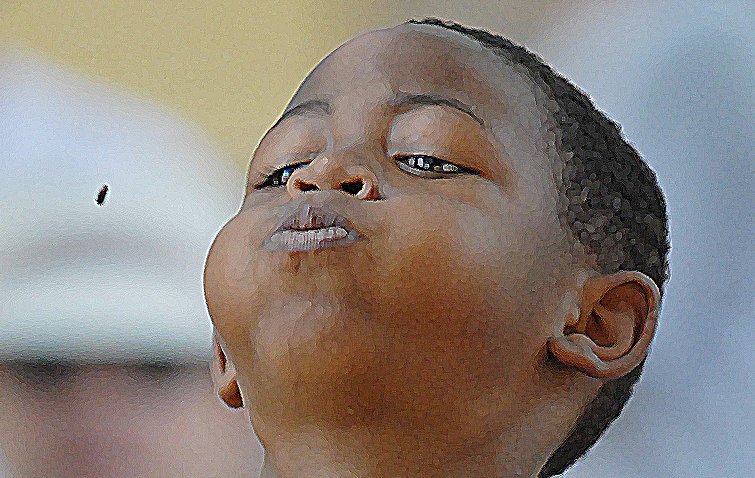 This week's jumble of thoughts began forming when I played the word "ptui" in a Scrabble game, and my opponent Steve said he had never heard that one before.

Ptui is an interjection, an outburst that expresses emotion and can stand alone in a sentence. Other examples are "Gosh," "Phooey" and "Drats." Ptui imitates the sound of spitting and expresses contempt. It's pronounced "too-ey." It's also an example of onomatopoeia, a word formed by how it sounds.

"Ptui! I always get sand on my sandwich at the beach."

Merriam-Webster and American Heritage Dictionary, the two dictionaries I use most often, don't list the word. It is defined by Dictionary.com, Collins American English Dictionary and the Scrabble Dictionary, among others. Some sources also spell it "ptooey."

I had always figured that the p was pronounced, but the preferred usage is to keep the p silent.

When "pt" starts a word, that slacker p primarily remains silent. This silent p frequently signals that the word comes from a Greek root.

Many of the "pt" words involve dinosaurs' cohorts. I wish I had a 4-year-old kid beside me to walk me through this. Pterosaurs, pteranodons and pterodactyls were flying reptiles. "Ptero" is Greek for "wing" or "winglike."

In English, we don't pronounce the p at the beginning, but the Greeks did. Our alphabet is based on the Greek alphabet, but we adapted certain sounds to be more like those we were familiar with. So English speakers took out the p sound. (I can think of one vaguely modern example of an adaptation similar to this: the "pasta" or "pastalike" canned product called "Chef Boyardee." The chef's real name was Ettore Boiardi. When he started selling his products, he changed the spelling of his last name to "Boyardee" to make it easier for Americans to pronounce.)

Here are other silent p words that have Greek roots:

Ptosis is a drooping of the eyelids. That word uses the "falling" sense.

Now I am kicking myself for never having taken a class in Greek roots.

Don't be lulled into believing that the silent p is always a Greek thing.

I hadn't heard the word ptarmigan before. I thought it might be related to my favorite way to cook eggplant (parmigiana), but instead it's a bird in the grouse family, with feathered feet. Its root is Scottish Gaelic from the word "tarmachan." What chucklehead decided to attach the silent p to the front? I don't know.

English has other examples of Greek words with the silent p.

A "psalm" is a song of worship. Its Greek root means a "twanging of a harp."

"Pseudo" at the beginning of a word usually means "false," from the Greek word.

A pseudonym is a fake name.

Pseudoscience is a belief that has no scientific basis.

"Psyche" is the Greek word for "mind" or "soul." So psychology is the study of the mind. A psychosomatic illness is one with symptoms created by the mind. Psycho is a horror film about a young man with a disturbed mind.

"Pshaw" is not a word I use, but I have heard others use it. And I truly thought the p was spoken.

Merriam-Webster and American Heritage dictionaries pronounce the word "shaw." The pronunciation in the Oxford Dictionaries guide has a faint little p sound, just to confuse things.

The Greek root "pneum" means "lung" or "air." Pneumococcus are bacteria that cause pneumonia, which attacks the lungs. "Pneumatics" is the field dealing with the properties of gases.

Finally, we have another interjection, "psst." This is what you call out when you're trying to get a person's attention in such a way that others won't notice. The p is pronounced! What the heck? It's listed in the dictionary as an "imitative" sound. It may be that the interjection sounds a little like a whisper.

This interjection never works for me. I always get the attention of everyone except the person I'm trying to contact. Next time, I'm going to make the p silent, to see whether that makes any difference.

Source: dictionaries mentioned above, Kith.org, The Pathology Guy, Today I Found Out