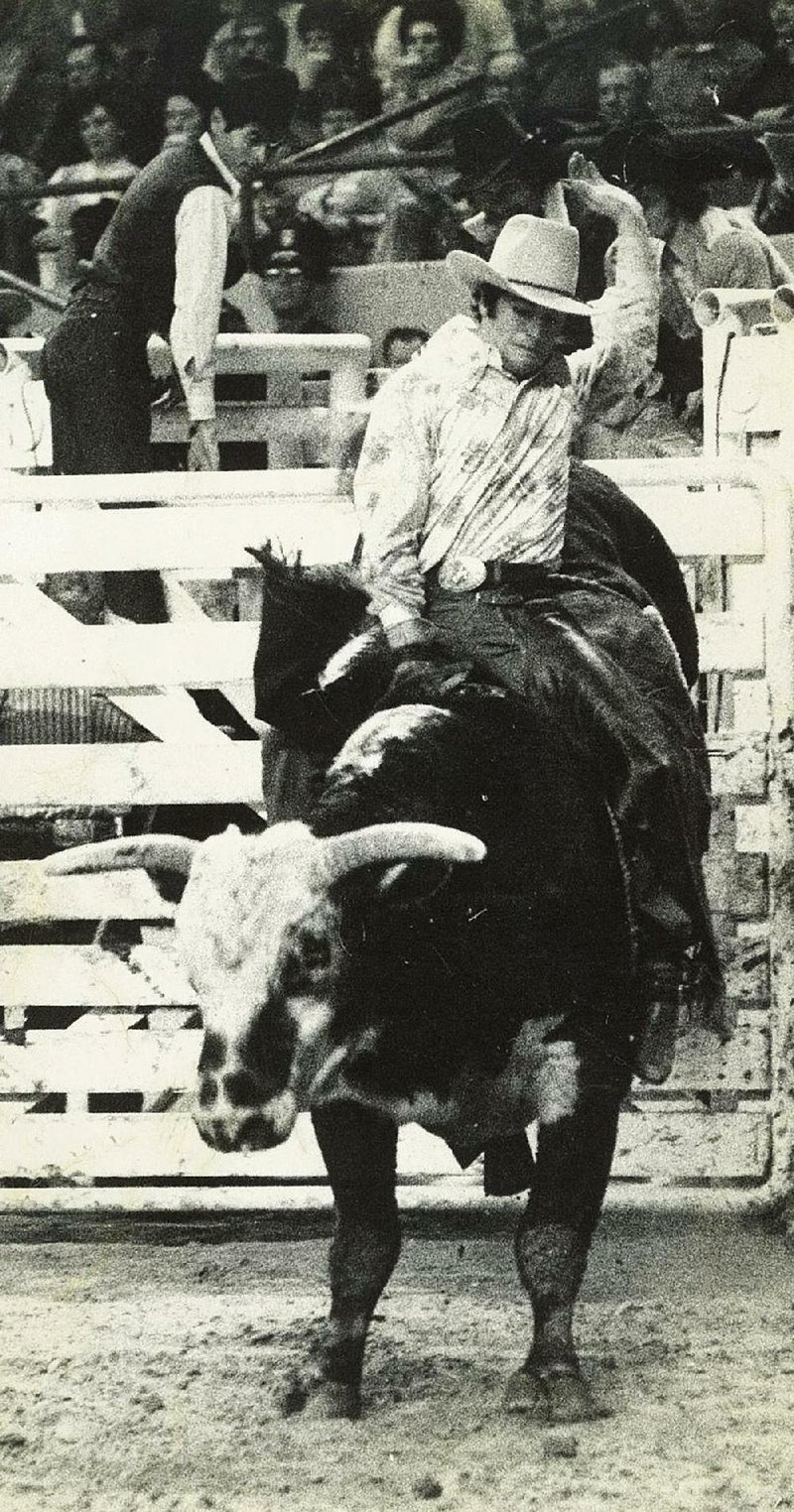 Denny Flynn, seen here in 1974, remains the most decorated bull rider from the state of Arkansas. He will join the Arkansas Sports Hall of Fame as a 2019 inductee.

In Salt Lake City in 1975, Flynn had a bull's horn pierce 10 inches into his torso. The horn missed his heart by a half inch, split his liver, busted his diaphragm and left Flynn holding his intestines in his hands en route to a nearby hospital.

The second story was about "Red Lightning" -- then the No. 1 ranked bull in the world. Flynn conquered it in 1979, scored a 98 out of 100 possible points, the second-highest score ever recorded in pro rodeo history in any roughstock event.

Flynn, now 68, became the first Arkansan to ever appear in the National Finals Rodeo (NFR).

Flynn was one of the world's top professional bull riders for more than a decade alongside Donnie Gay and Randy Magers, two of his biggest challengers from 1973, when he earned his Professional Rodeo Cowboys Association (PRCA) card, until his retirement in 1986.

Flynn, who is one of nine inductees in this year's Arkansas Sports Hall of Fame class, remains the most decorated bull rider from the state of Arkansas.

To him, the respect he's earned is more important than either of his two most famous stories.

"When they mention your name in with those, it just gives me cold chills," Flynn said.

A native of Charleston, Flynn's riding career began as a boy, where he displayed better skills riding calves than other boys at a local riding club.

With Flynn perched atop, his calves would jump over troughs, harrows, various farm equipment and sticker bushes.

Flynn won Arkansas' 1969 high school all-around rodeo title and pursued a professional career after attending the University of Arkansas for three years. He debuted as a pro in 1973.

When riding full time, Flynn often competed in a rodeo every day. Sometimes, he'd ride in two in one day. Rarely, he made three in a day.

Gay, one of the Flynn's toughest contenders, got around on a plane. Gay was attending more rodeos than Flynn, often forcing Flynn to chase in the world rankings.

As Flynn remembered, Gay would enter more than 200 rodeos in a year. Flynn could make 140 to 180 events.

"But I wish I had gone just a little bit harder."

Flynn finished in the top 15 in the nation in earnings in 1974 and became the first Arkansan to qualify for the NFR.

"The National Finals are the World Series of baseball or the NFL's Super Bowl," Flynn said. "For rodeo, the NFR is it."

Before Flynn was inducted into the Professional Bull Riders Ring of Honor in 2002 and the Pro Rodeo Hall of Fame in 2010, Flynn was renowned for being a tough guy -- so much so he said he has told the story of being gored in Salt Lake City to, well, "everybody."

"He stuck that horn right above my belt, in my stomach," Flynn said. "It went up through my rib cage 10 inches. Missed my heart a half inch. Split my liver. And busted my diaphragm. ... I knew I was hurt. I grabbed my stomach, and I was holding my intestines that pulled out with that horn.

"So I'm holding them in my hand. I get up, through fear and adrenaline, and run back to the chute and hollered at my friend -- he just got through pulling my bull rope -- and I looked up at him and said, 'Randy, I've been ripped.' "

Flynn required immediate surgery the night of being pierced. Surgeons opened his chest, repaired his lacerated liver and "cleaned it out," he said nonchalantly. He remained in the hospital to heal for two weeks, he remembered.

"Call me crazy, but I didn't have nothing else to do and I'm about half broke."

Flynn then entered a rodeo in New Mexico two months after the incident and rode a fighting bull. Then Flynn, who dipped 14 spots in the standings after nearly dying, several other rodeos and placed in each.

Four months after being gored, Flynn qualified for the NFR, which matched the top 15 bull riders against each other for 10 days.

Each bull rider had to get on 10 bulls at the NFR, Flynn said. Whichever cowboy wins the 10-bull series is the champion of the NFR.

Months after being stabbed by a horn, Flynn rode nine of 10 bulls and won the NFR.

"They talk about the come back and all that," Flynn said. "People like to hear gorey stories, I guess."

Flynn's ride remained a record for 12 years until a perfect 100 was awarded to Wade Leslie in Oregon in 1991.

"He was the Bucking Bull of the Year," said Flynn, who also rode "Red Lightning" in a ceremonial ride in 1987 when the bull was retired. "If you're a bull rider, you want to have a shot at it, you know? 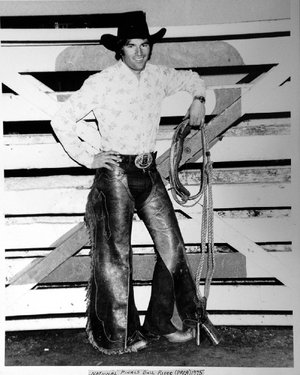 Photo by Photo courtesy of Denny Flynn
Denny Flynn of Charleston qualified for the National Finals Rodeo 10 times. He set a record for most bull riding average titles won at the NFR in 1975, 1981 and 1982.

Flynn at a glance

NOTEWORTHY Set a bull riding world record-breaking score of 98 out of 100 on “Red Lightning” in 1979 in Palestine, Ill. … Held the world record for 12 years. Flynn’s 98 points remains the second-highest score ever recorded in pro rodeo history in any roughstock event. … Qualified for the National Finals Rodeo 10 times. Set a record for most bull riding average titles won at the NFR in 1975, 1981 and 1982. … Flynn was inducted into the Professional Bull Riding Ring of Honor in 2002, the Pro Rodeo Hall of Fame in 2010, the National Cowboy and Western Heritage Rodeo Hall of Fame in 2010 and the Bull Riding Hall of Fame in 2017.