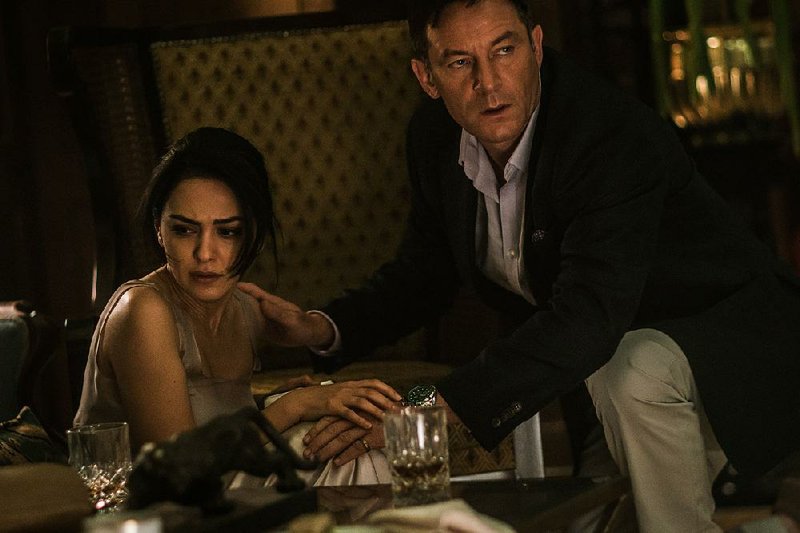 It is possible to enjoy Hotel Mumbai strictly as an action thriller, as a delivery system of the same sort of catharsis some of us find in first-person video games. It's no more exploitative than a lot of films that lack its polish and glide -- it might even be seen as a victim of bad timing, as it arrives on the heels of the massacre in Christchurch, New Zealand. It originally opened in that country the day before the shootings and was temporarily pulled from screens to avoid inflicting post-traumatic stress on audiences.

Screenings were also pushed back a couple of weeks in director Anthony Maras' Australian homeland; a lot of the critical blowback the film is receiving is the result of some kind of proximity effect. Maras has defended it as a call for peace, love and understanding. Maybe if you can detach Hotel Mumbai from the real-world attack upon which it is based you might find it entertaining.

Rating: R, for disturbing violence throughout, bloody images, and language

The facts are sobering: In November 2008, 10 members of Jihadist group Lashkar-e-Taiba (Army of the Pure) sailed from Pakistan to India, armed with automatic weapons, hand grenades and plastic explosives. They also carried satellite phones and GPS equipment and were in constant contact with terrorist leaders in Pakistan who monitored news coverage of the attacks and relayed strategic information to their operatives on the ground.

After 60 hours of carnage, at least 174 people were dead, including nine of the terrorists. (The 10th, Ajmal Amir Kasab, was captured and convicted of more than 80 crimes related to the attacks, including murder and waging war against India, and hanged in 2012.)

Hotel Mumbai seems to take its cue from the 52-minute PBS documentary Mumbai Massacre from 2009 in that it focuses on the survivors of the massacre, though most of the theatrical film's characters are composites, and only one -- Taj Mahal Palace & Tower Hotel chef Hemant Oberoi (Anupam Kher, The Big Sick) -- bears the name of a real person. (Oberoi's heroics are depicted fairly accurately in the movie.)

Other characters we drop in on include Armie Hammer as David, a fictional American architect, married to Muslim heiress Zahra (Nazanin Boniadi); Dev Patel as Arjun, a poor and saintly Sikh waiter with a footware problem and a pregnant wife who badly needs his job; and Jason Isaacs as Vasili, a Russian oligarch who serves to remind us that the rain falls on the wicked as well as the meek.

Maras also occasionally checks in with Imran (Amandeep Singh), one of the terrorists. Imran isn't just some factotum of evil; he undergoes a crisis of confidence after receiving a phone call from his father. (Brother Bull might be lying to him. Noooo!)

While the attacks took place in several places around the city, the film elects to concentrate on the guests and staff of the upscale Taj Mahal for pretty much the same reasons the terrorists selected the hotel: it's a soft target rich with international visitors. For all Hotel Mumbai's humanistic rhetoric, it seems that bombing a Mumbai slum just wouldn't resonate with international audiences the same way because -- the conventional wisdom holds -- people identify more with surrogates of their own tribe.

While first-time director Maras takes pains to have characters demonstrate their humanity, most movies are ultimately, like the people who watch them, prisoners of their times, and seeing Hotel Mumbai in the present moment was, for me, a genuinely depressing experience. Not because Maras overtly revels in the carnage he depicts or (as some have claimed) because he seems too sympathetic to the young terrorists who enact the violence, but because the movie is a typical Hollywood fictionalization of a real event that weds the conventions of '70s disaster movies to contemporary anxieties about brown-skinned young men with automatic weapons and the desperate certainty of martyrs.

That's to say the film feels cynical -- even though it may not have been conceived that way.

It's not shabbily made, and there's a cruel beauty to early scenes where the young Pakistani terrorists skim across the water, listening to voices (literally) in their heads. It's difficult to say why Hotel Mumbai feels creepier than something like Hulu's docudrama miniseries The Looming Tower or Amazon Video's remarkably unexamined Jack Ryan action series (which at times plays like a comedy). But in this moment, it just does.

It feels contrived and relentless, like a schlock horror film prompting us to guess which of the characters will make it through to the end. The more it increases the tension the more precise a machine it seems and the more disheartened we become. Sure, it would be wrong (and ludicrous) to deny an artist the right to work from the materials drawn from real life.

But in this moment, this approach seems glib and empty. 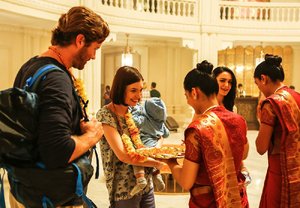 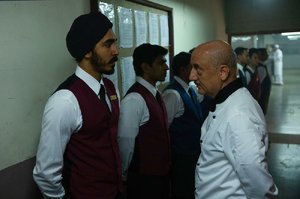