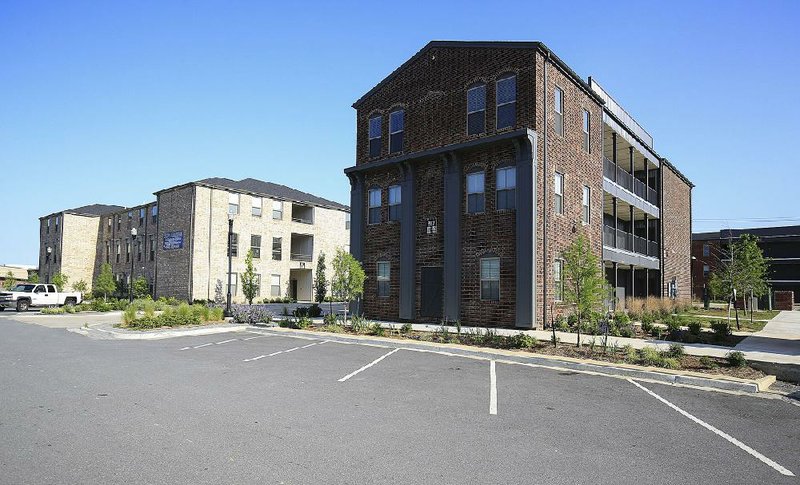 The recently sold three-story apartment complex at 501 N. Magnolia St. in North Little Rock was built in 2018 and has 164 units.

In addition to Argenta’s Best Living Investors, the buyers are 2059 Partners LLC of Delaware; 2201 S. Halsted LLC of Illinois; and TU Properties LLC of Missouri.

The companies borrowed $14.9 million from Great Southern Bank of Missouri. The mortgage matures in 2024.

The seller was Thrive Argenta of Rogers, whose manager is Rob Coleman.

Kulick did not return a call seeking comment about the transaction.

Also included in the purchase were two offices of Custom Covers of Arkansas and two single-family homes.

The Custom Covers of Arkansas offices are at 13319 Interstate 30.

The seller was Red Gate Properties. Druetta Craig signed the deed as a member of Red Gate. Grantors of the deed were Janet Juengel and her husband, Victor Juengel.

The Little Rock Port Authority spent $1.45 million in March to purchase 80 acres at the port.

The seller was the Qua-paw Tribe of Oklahoma.

“We have negotiated a purchase from them in two phases,” Day said. “We made the first purchase of half of it, 80 acres, and it closed about 30 days ago.”

The port has an option on the second 80 acres, Day said.

“Our intention is to exercise that option in the next couple of years,” Day said.

The property can be served by rail and it’s in the growth pattern of the port, Day said.

The reason the Port Authority chose to negotiate an agreement to purchase the land in phases is because of a cash-flow issue, Day said.

Little Rock and its voters approved a plan to spend $10 million over 10 years to buy the land. Basically, they have allowed the Port Authority to spend an average of $1 million a year for 10 years, Day said.

“We’re in about year seven or eight,” Day said. “And we have bought a lot of other land over the past few years. And because of the cash flow, we didn’t have enough money on hand to buy it all now.”

The tribe was willing to work with the Port Authority, agreeing to sell the land in halves so no one else would buy it, Day said.