Driving a car best way to get off the beaten path 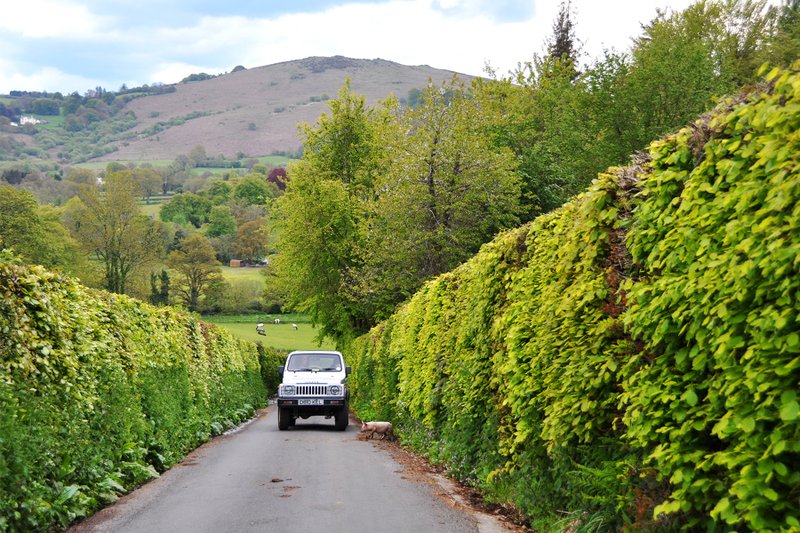 Driving the back roads (as here, in Dartmoor, England) yields surprises by the mile. Photo by Cameron Hewitt via Rick Steves' Europe

It's easy to travel through Europe without a car, but there are times when I enjoy the freedom of having my own wheels. I don't drive in big cities, but having a car can be the best — and, sometimes, only — way to get off the beaten path. When exploring small towns or the countryside, I connect the dots with a rental car.

Last spring, for example, a great little car helped me get around the whitewashed hill towns of southern Spain and the beach towns of Portugal's Algarve region. I rode cheap public transportation out to Sevilla's airport, picked up my car, and got on my way.

There's nothing exotic about driving in Europe. Sure, southern Europeans seem to make up their own rules of the road, and you'll need to adjust to some unfamiliar road signs, but it's all part of the experience. Here are some tips for making the most of the open road.

The Basics: While the British and Irish drive on the left, everyone on the Continent drives on the same side that we do in the USA. Filling the tank is just like back home, except it's euros and liters rather than dollars and gallons. Don't overreact to Europe's high cost of fuel. Over there, cars get great mileage and distances are short. 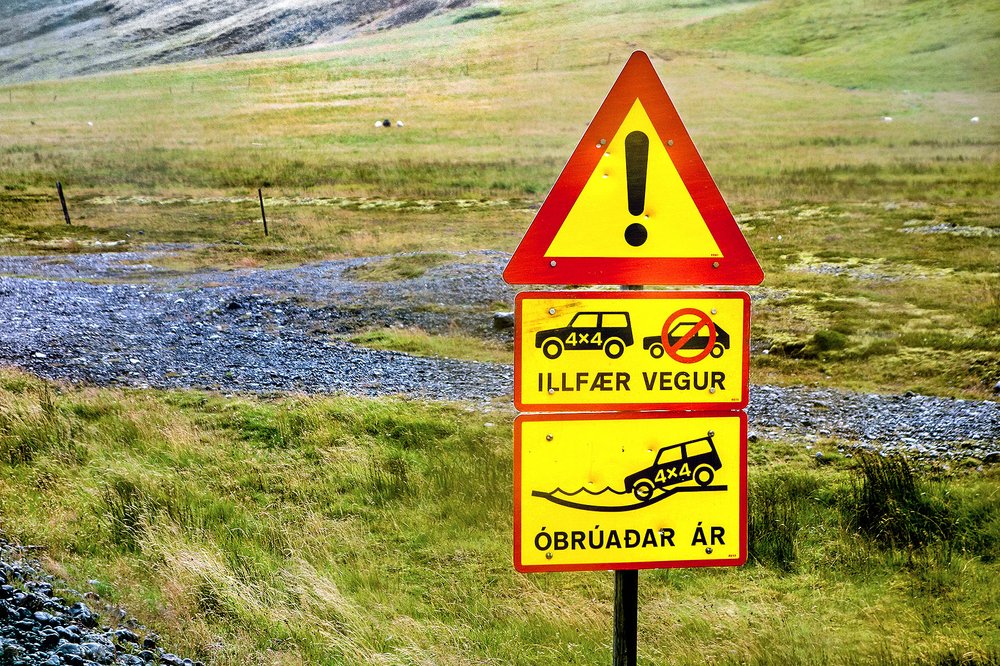 You'll understand the simple graphics of Iceland's road signs even if you don't know the language. Photo by Rick Steves via Rick Steves' Europe

Signs: All of Europe uses the same simple set of road symbols, which you can easily find online or through your rental agency. Any sign that's red usually means "don't" — such as don't enter or don't pass. A blue sign typically is telling you "do" — such as "go right" or "exit here." Make educated guesses if you don't know for sure (a red sign with an exclamation mark is telling you "be ready for anything").

Passing: After a few minutes on Germany's autobahn or France's autoroute, you'll quickly learn that the fast lane is used only for passing — cruise in the left lane and you'll soon have a Mercedes up your tailpipe.

When you do pass other drivers, be bold but careful. On winding roads, the slower car ahead of you may use turn-signal sign language to indicate when it's OK to pass. Be sure you understand the lane markings: In France a single, solid, white line in the middle of the road means no passing in either direction; in Germany it's a double white line.

Traffic Circles: For many first-time European drivers, traffic circles are a high-pressure event that requires a snap decision about something you don't completely understand: your exit. Take an extra loop around to explore your options. Don't worry — no other cars will know you've gone around enough times to get dizzy.

Speeding: In many countries, car speed is monitored by automatic cameras that click photos and send speeders very expensive tickets by mail (they'll find you through your rental agency). It's smart to know — and follow — the area speed limit.

Drinking and Driving: The legal blood-alcohol limit is lower in Europe than in the United States, and punishment ranges from steep fines to imprisonment. In France, all cars must have a Breathalyzer on board (supplied if your rental starts in France). Europe takes its DUI laws seriously, and so should you.

Expressways and Tolls: Most of Europe is laced with freeways. In Germany and throughout most of northern Europe, these expressways are toll-free. In France and countries to the south, these superhighways usually come with tolls. I always feel that toll freeways are a good value in terms of time saved, mileage improved, and relative safety enjoyed.

Maps and GPS: A good map is a must-have on any European road trip. Don't rely blindly on your phone's mapping app or a GPS device for directions; always have at least a vague sense of your route. Keep a paper map handy, and pay attention to road signs so you can consider alternatives, if you feel the GPS route is Getting Pretty Screwy. I navigate by town names because road numbers on maps often don't match the signs.

No-Go Areas: Cities across Europe (London, Stockholm, Oslo) discourage urban driving by charging congestion tolls, and some places (Rome, Naples, Florence, Pisa) ban car traffic altogether. In general, old town centers can be difficult to drive in, with one-way streets and narrow roadways. Many cities provide efficient "park & ride" lots at the end stops of trams and subways, just outside the old center and often near the freeway exit. Park, take public transit into town, and save yourself time and money.

Venturing onto the open road in Europe gives you the freedom to make discoveries as you go, following an intriguing road sign or poking up an inviting lane. Wherever you drive, relax and enjoy the ride.

Print Headline: Driving a car best way to get off the beaten path