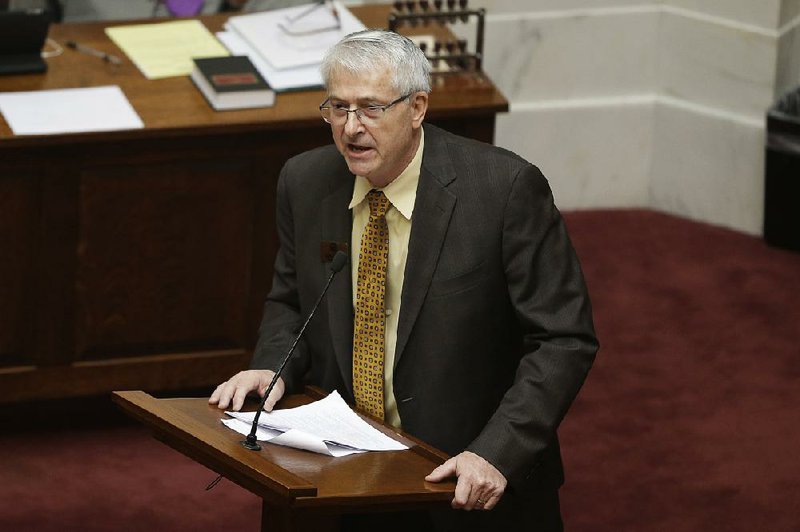 Sen. John Cooper is shown in the senate chamber at the Arkansas state Capitol in Little Rock, in this 2015 file photo.

State Rep. Dan Sullivan announced Thursday that he will challenge state Sen. John Cooper in the March 3 Republican primary election for the district that covers part of Craighead County.

Both men are from Jonesboro.

Sullivan said Cooper has failed to live up to "conservative promises" to defund the state Medicaid expansion program.

Cooper disputed that and countered that Sullivan has taken "very extreme" positions; Cooper said he would detail those in the future.

Republican Gov. Asa Hutchinson said he is backing Cooper in the GOP primary, while an official for the conservative Conduit for Action group said the group supports Sullivan,

"I am delighted to endorse my friend Senator John Cooper for re-election," Hutchinson said in a written statement. "John works tirelessly for his District and we need him in Little Rock if we're going to continue to lower taxes and transform state government."

Brenda Vassaur-Taylor of Fayetteville, who is co-founder of Conduit for Action, said in a written statement that "this time around our support will go to Sullivan, as he has kept his promises, where Cooper has not."

Cooper then defeated Democratic candidate Steve Rockwell in a January 2014 special election. The seat was vacant because Sen. Paul Bookout, a Democrat, resigned in August 2013 after the state Ethics Commission fined him $8,000 for four violations of ethics laws. Cooper ran unopposed in 2016 for a full four-year term.

Sullivan has represented House District 53, which includes part of Craighead County, since 2015, after he ousted Rep. Homer Lenderman, D-Brookland, in November 2014. He was unopposed in 2016 and survived a 2018 primary challenge from Jonesboro Republican Cole Peck.

Sullivan, 69, is a retired executive for Ascent Children's Health Services. He played basketball at Arkansas State University from 1970-72.

"John made a lot of conservative promises that he would defund Obamacare," Sullivan said. "I don't think he has lived up to the promises."

Through President Barack Obama's health care law, the Patient Protection and Affordable Care Act, the state has obtained waivers for its Medicaid expansion program that is now called Arkansas Works.

The Legislature initially authorized the program in 2013.

Sullivan said he has been consistent in voting against funding for the Medicaid expansion. About 240,000 people are enrolled in Arkansas Works, which provides private health insurance to most of the people enrolled.

Sullivan said he supports taking a close look at changing to a fee-for-service program.

"I am not necessarily opposed to expansion," he said. "If it is going to be here, let's look at cheaper options."

But Cooper said Sullivan's claims that Cooper hasn't kept his promises to defund Medicaid expansion "is not just an accurate statement."

In 2015, Cooper said he voted to authorize the use of state and federal funds for the Medicaid expansion because "I think that this is the only way out of a bad situation."

"I don't believe just outright defunding is the way to go because of the havoc it would create. I do look at the governor's plan for the next year or so, or however long this lasts, to be the proper exit strategy for some of the problems we have with it," Cooper told this newspaper at that time.

Cooper said Thursday that Arkansas Works has proved to be a better way to provide health insurance to many low-income people and it helps keep rural hospitals open by reducing their uncompensated care costs.

"We have bent that cost curve [with projections of] $830 million savings over five years," based on recommendations of a legislative health care task force that he served on, he said. "We are in a better situation than we were."

Cooper said he opposes shifting to a fee-for-service program because that would create many problems.

On another topic, Sullivan said Cooper was the deciding vote on the Senate Judiciary Committee to defeat the stand-your-ground bill during this year's regular session.

The legislation would have eliminated the "duty to retreat" from the state's self-defense laws. It failed to clear the committee by a single vote. Sullivan said he would have voted for the bill.

"I think it is part of our constitutional and God-given right to defend yourself and your family," Sullivan said.

But Cooper said the legislation was "just a bad bill.

"We have got a good self-defense law in the state right now and the prosecutors agree on that with criminal defense attorneys and all of law enforcement," he said. "This bill would remove requirements for people in conflict to have any motivation to de-escalate the situation."

The legislation will levy a wholesale sales tax on gasoline and diesel; raise registration fees for electric and hybrid vehicles; and transfer at least $35 million a year in casino and other state revenue to raise a projected $95 million a year more for the state Department of Transportation to spend on highways. The measure also is projected to raise $13 million more a year each for cities and counties.

Sullivan said the state should shift more surplus money to highways. Raising taxes "should be a last resort and it wasn't," he said.

"General revenue is a very dangerous place to start looking at for highway funds because that is what funds higher education and public education," he said. "If you take that way, you have to look at something to replace it and that's a tax increase."

Cooper also voted to refer to voters a proposed constitutional amendment to permanently extend the state's half-percent sales tax for highways; Sullivan voted against it.

The tax was originally approved by voters in 2012 for a 10-year period. State officials project extending the tax would raise about $205 million a year for the Department of Transportation and about $44 million more a year each for cities and counties.

The election filing period is in November. 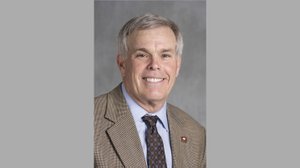 Photo by Special to the Democrat-Gazette
State Rep. Dan Sullivan