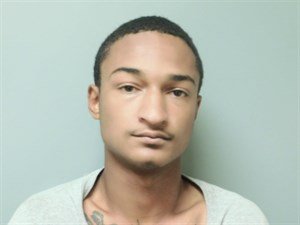 A northeast Arkansas teen has been arrested on a charge tied to a shooting that injured one person Monday night in Jonesboro, officials said.

Officers with the Jonesboro Police Department said they were dispatched shortly after 10:30 p.m. Monday to Cedar Heights Drive in reference to gunfire. Police said a gunshot victim was located after he was transported to a local hospital by a personal vehicle. He was being treated Tuesday for a gunshot wound to his right leg.

Noah Qurran Thompson, 18, of Jonesboro was arrested and charged with first-degree battery. He was being held at the Craighead County jail on Tuesday pending a court hearing.

No information on the motive was immediately released. Authorities said a disturbance with "multiple fights" broke out at the scene at one point.

Police said the suspected weapon used in the shooting and drugs were recovered during the investigation.