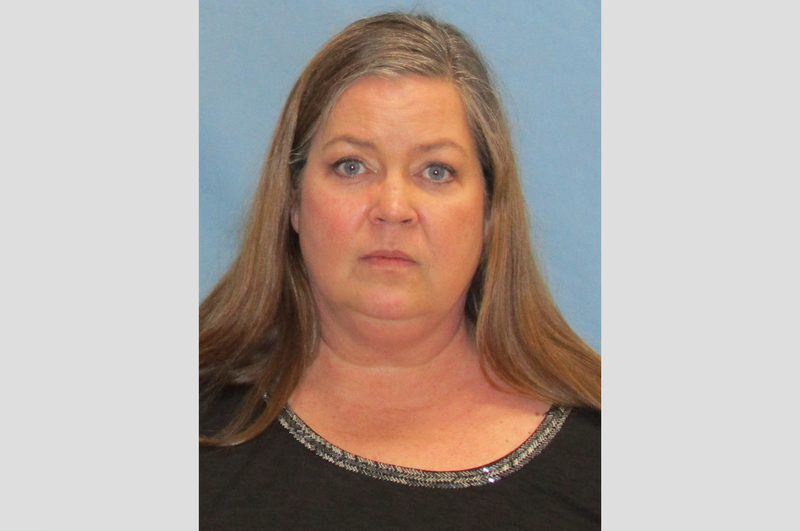 The former office manager for a Little Rock dentist was sentenced to 12 years in prison Monday for stealing at least $218,000 from the practice over a five-year period.

He told the 48-year-old Little Rock woman, who had been paid $42,500 a year, that she had done more than just steal money, but also robbed Cobb and his wife of their ability to trust and the efforts of their years of hard work.

"You kind of disgust me," Sims told Henson before pronouncing sentence. "They cared for you. You abused their trust. You took more than just their money. You took their lives as they knew them."

Henson pleaded guilty last month, and she has repaid Cobb $168,000, the amount remaining after the insurance reimbursed him. That payment was a loan from a cousin, she told the judge.

Henson received character endorsements from her pastor, Tommy Jones of Grace Church, and her husband Andy's cousin Kyle Jones, who each described her as being genuinely contrite.

Henson was tearful and apologetic during her eight minutes of testimony. She denied accusations by the Cobb family that she had deliberately tried to sabotage the dental practice.

"I am sorry. I never meant to be mean. I never meant to cause you stress," she said. "I come from a good family. I raised good kids. I know Dr. Cobb cared about me ... and what I did was wrong. But I wasn't always bad."

The Cobbs have known Henson since she was 19, and over the years have lent her money when she needed it, such as when her husband was laid off, according to testimony.

Confronted by prosecutor Sharon Strong, Henson said she could not explain why she stole the money.

"I don't have a logical reason for that," Henson told the judge. "I can't make any rhyme or reason out of that."

Henson denied Strong's accusations that she had spent Cobb's money on a swimming pool for her home, a trip to New York or a cruise for her daughter, testifying that she had used other resources for those expenses.

Henson faced a 20-year maximum sentence. Her attorney Matthew McKay asked the judge to consider probation, taking into account her remorse, the restitution and her lack of criminal history.

Strong requested at least five years in prison, the minimum sentence for the Class B felony theft, arguing that Henson feels bad about what she did only because she was caught.

Sims pointed out that the dentist was out substantially more than just the money Henson stole. The cost of the accounting that uncovered the theft was $20,000, while Donald Cobb testified that after Henson was fired, the dentist's wife discovered about $10,000 in expired insurance checks.

The judge also noted that Henson could have stolen more than authorities know. Cobb could afford only for a five-year forensic audit, which allowed for a review of the finances from January 2013 to January 2018 when Henson's scheme was uncovered.

Henson had been more than an employee; she was also a friend, Donald Cobb testified. He said he had trusted her absolutely to do a job he could not do himself -- managing the business.

Henson's thievery was discovered in January 2018 after he decided to sell his practice because profits had been falling dramatically, he told the judge.

"I was working harder than I ever did, and I was making less money than I did 10 years ago," he said.

He hired an accountant to put together his financial records, but Henson dragged her feet about providing the requested documents, he said. Once she did turn over the records, what she had done was obvious, Cobb told the judge.

"It kind of broke my heart and broke my spirit. I didn't want to have a practice anymore," he said. Cobb did sell the business in November.

"It was like there was an attempt to bankrupt my practice," Cobb told the judge.

Cobb's wife, who took over for Henson, also told the judge that Henson's stealing seemed to be malicious.

"It was just total disorganization," Margaret Cobb testified. "Ms. Henson literally caused us so much anguish and put us through hell."

She "robbed us of our money ... our joy ... and also of our trust," Margaret Cobb told the judge.

Print Headline: Ex-employee of Little Rock dentist gets 12 years for $218,000 theft; 'you kind of disgust me,' judge says