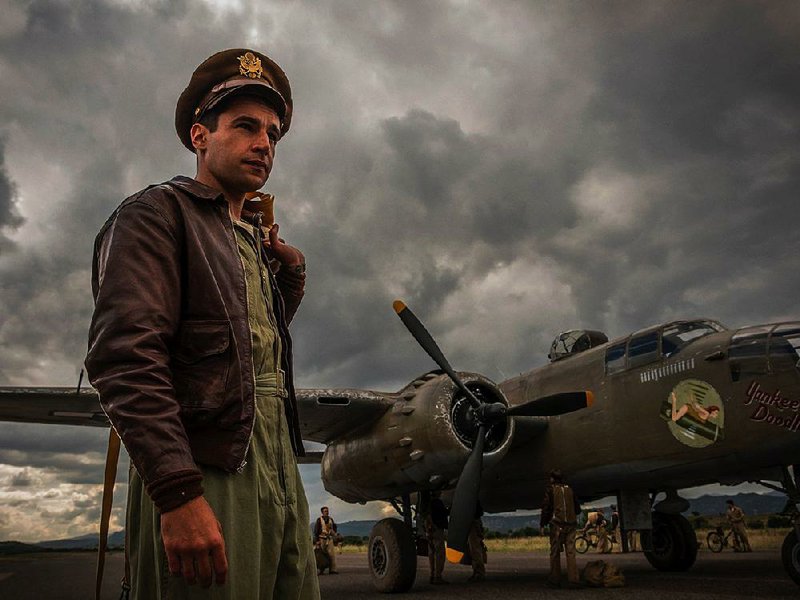 Yossarian (Christopher Abbott) is a perfectly sane B-17 bombardier who can never attain the required number of missions to go home in the Hulu miniseries remake of Catch-22.

There was only one catch and that was Catch-22, which specified that a concern for one's safety in the face of dangers that were real and immediate was the process of a rational mind. Orr was crazy and could be grounded. All he had to do was ask; and as soon as he did, he would no longer be crazy and would have to fly more missions. Orr would be crazy to fly more missions and sane if he didn't, but if he were sane he had to fly them. If he flew them he was crazy and didn't have to, but if he didn't want to he was sane and had to. Yossarian was moved very deeply by the absolute simplicity of this clause of Catch-22 and let out a respectful whistle.

The first one has a certain prestige burnish to it. It looks handsome, and you can sense how much respect executive producers George Clooney and Grant Heslov (they both took on roles and directed episodes of the series) have for the Joseph Heller novel that provides the show's source material. Christopher Abbott is one of my favorite youngish actors. It was largely filmed on location in Italy. It doesn't seem to flinch when it shows us the unspeakable -- which it does early on.

It is a responsible effort. But Catch-22 belongs to a class of supposedly unfilmable novels, largely because its absurdist tone can't be rendered in light and sound without being reduced to slapstick. Clooney and Heslov weren't prepared to do that, so what we get (or at least what we got in the first episode) is considerably more sober and straightforward than anyone familiar with Heller's Kafka-esque novel might expect. Lots of characters have been pared away, and it looks as though the series means to tell Yossarian's story more or less chronologically.

Those choices seem reasonable, given the problems inherent in adapting a dense intellectual novel with a lot of characters, few of whom can genuinely be dismissed as minor. Mike Nichols faced the same problems with his 1970 film version, which sought to distill the essence of Heller's work into a two-hour movie. And despite some fine performances -- particularly by Alan Arkin as unfortunately sane B-17 bomadier Yossarian, Charles Grodin as sociopathic Capt. "Aarfy" Aardvaark and Jack Gilford as dutiful Doc Daneeka -- Nichols' film feels like an honest failure. Maybe the expanded running time of the Hulu miniseries will allow it to better transmit the blackness of Heller's humor, but based on the first installment it looks like just another revisionist war movie. If you don't know the book, or are able to divorce yourself from any expectations the title might tend to create, then it's probably a good watch.

On the other hand, if, like me, you worry about whether anything so handsome can ever devolve into the sort of bleak and chaotic madness that feels like the point of Heller's novel, maybe you're better off sticking with something like HBO's Barry, which, in its second season, evolves from a black sit-com to a rumination on existential evil. Barry surprises me while (so far) Catch-22 has not.

Those interested in the way it might have been for guys like Yossarian will want to pay attention to the new HBO documentary The Cold Blue, assembled by filmmaker Erik Nelson (A Gray State, Dreams With Sharp Teeth) from newly discovered footage shot by great Hollywood director William Wyler (The Best Years of Our Lives, Roman Holiday) during World War II.

Wyler and three cinematographers shot the silent footage in 1943 when they flew six combat missions in B-17s with the 8th Air Force for what eventually became the 1944 documentary The Memphis Belle: A Story of a Flying Fortress. (The Memphis Belle was one of the first planes to survive long enough to complete 25 missions over Europe, a milestone that looms large in every iteration of Catch-22. Her crew became wartime celebrities, touring the U.S with the film to raise morale and sell war bonds.)

That this was dangerous, terrifying work ought to go without saying -- one of Wyler's cinematographers, Harold Tannenbaum, died when his plane was shot down over France in April 1943. Only about 25 percent of B-17 crews were able to complete 25 missions during the war.

Nelson's The Cold Blue combines restored footage shot by Wyler and his crew with interviews with surviving B-17 crewmen including Arkansan Dub Toombs, a former U.S. Army Air Corps flight engineer whose daughter, Nancy Toombs, serves as the historian for the 8th Air Force. Nancy was instrumental in finding B-17 crewmen to provide voice-overs for The Cold Blue.

I've only seen the trailer for The Cold Blue -- it's scheduled to premiere June 6, to coincide with the 75th anniversary of the D-Day invasion -- but it looks promising, and early reviews suggest that it might provide us with the same sort of insight into the terror and banality of war that Peter Jackson's marvelous They Shall Not Grow Old did last year.

"I wanted to make Koyaanisqatsi with B-17s," Nelson told the website Film School Rejects, referencing Godfrey Reggio's experimental film from 1982. "I wanted to make an impressionistic art film that was forensically accurate, but not a documentary that told you who, what, where, but told you more what it felt like." 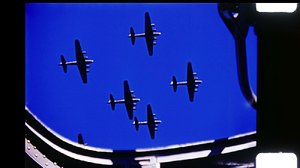 Wartime footage shot in 1943 comprises the visual component of the HBO documentary The Cold Blue.