Arkansas 'Jeopardy' contestant kicked 'preparations into overdrive' ahead of tournament 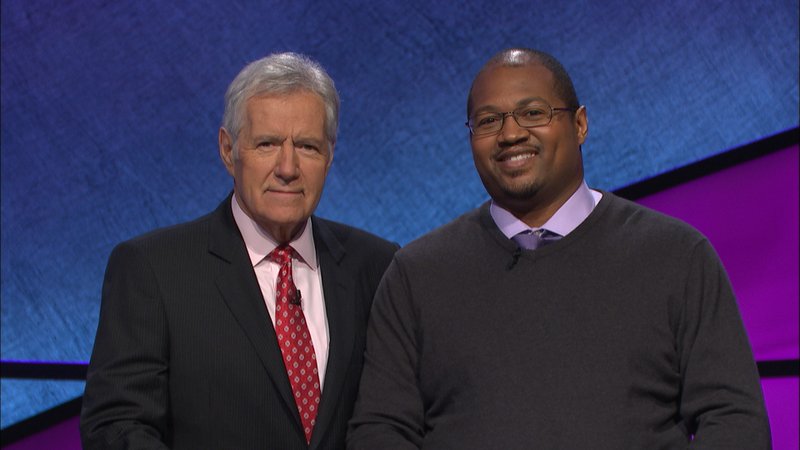 A North Little Rock man will return to the Jeopardy stage in an episode broadcast at 4:30 p.m. Thursday for the Tournament of Champions.

Josh Hill previously competed on the show, appearing in eight games. He won $163,721.

Hill said he was shocked when he got the invitation in July but excited to return.

“I was really happy the producers saw enough not only in my gameplay but my also my stage presence to invite me back,” Hill said.

The field for the tournament includes James Holzhauer, one of the most successful players in Jeopardy history who won more than $2 million and appeared in 33 games, as well as the librarian who unseated Holzhauer, Emma Boettcher.

Hill faces Boettcher on Thursday afternoon, as well as attorney Eric R. Backes, who won $105,602 and appeared in five games.

“I have to admit there were some nerves when the field was announced,” Hill said. “I knew had to bring my A-game.”

Hill said he focused preparations on his weaker subjects, mostly those related to entertainment such as movies, music and TV shows.

He said he also went into the tournament planning to use the same strategy as a lot of other skilled players — start with lower value clues to understand a category before moving to the higher value clues.

This helps avoid misconceptions about what a category is really about — for example, Hill said, during his original run there was a category about rivers and lakes. As a geography buff, he was eager to jump in, but there were questions about figures like Joan Rivers and Ricki Lake.

“A lot of times, if you start with the high-value clues, you miss the nuances,” Hill said.

The tournament is the first since host Alex Trebek was diagnosed with Stage 4 pancreatic cancer in March.

Hill said he arrived at the studio for the tournament the day before Trebek’s announcement in September he would be starting chemotherapy again. The news came after earlier announcements Trebek was doing well.

To support Trebek and others who have dealt with the cancer, the champions are encouraging viewers to do a “play-along” during the tournament. For every question a viewer gets right, the champions are asking them to donate $1 to the Lustgarten Foundation for Pancreatic Cancer Research.

The champions plan to do this during the two final round episodes, Hill said, and viewers are encouraged to as well. He said they are also welcome to do it during any other episode during the tournament, including his Thursday afternoon.

“We’re really trying to go all-in for Alex,” Hill said. “We’re in his corner. Alex is a tremendous man.”

Hill said he looks forward to representing his state on stage, especially because by his count, only two other Arkansans have ever competed in a Tournament of Champions.

As for his signature celebratory tiger-claw gesture for each correct answer — meant as a tribute to his alma mater, Brinkley High School — Hill couldn’t say whether he’d be continuing the habit in the tournament.

Fans will just have to watch and find out.