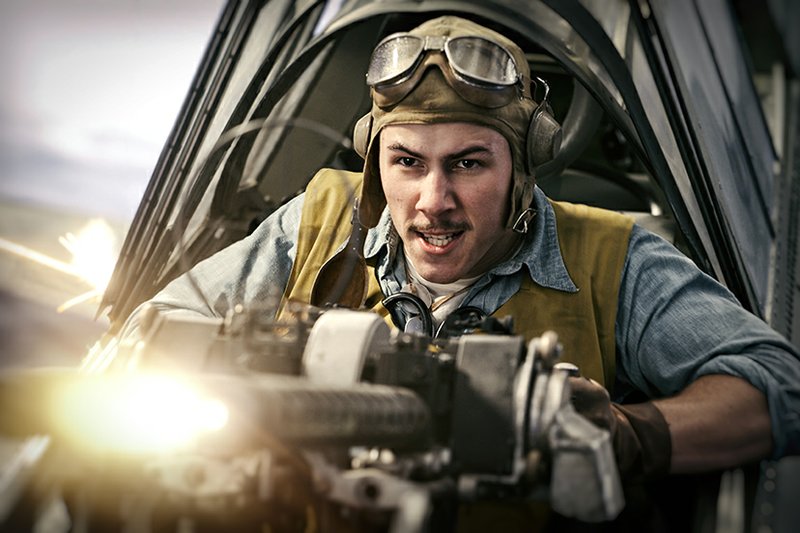 When Roland Emmerich's Independence Day opened 23 years ago, its computer-generated cataclysms did novel things like blow up national landmarks without endangering the actual structures. Now that this sort of mayhem is standard operating procedure, it's easier to see Emmerich-directed explosions as the rearranging of pixels.

As a result, an inordinate amount of the air and sea combat re-created in this remake of Midway looks like it came from "Grand Theft Auto: Pearl Harbor." While the actors earnestly try to look horrified or determined by the potential doom coming their way, the Nintendo Wii-level images ruin the illusion. One can easily tell the sailors and soldiers leisurely strolled back to their trailers after shooting ended for the day.

Rating: PG-13, for sequences of war violence and related images, language and smoking

The nominal hero is Lt. Dick Best, played by Ed Skrein. One can easily tell that Skrien is British because he tries just a little too hard to sound as if he's from the American east coast. His mumbled delivery indicates he has seen GoodFellas several times, although he might want to fix the speakers on his TV. If the special effects don't do enough to make Midway seem artificial and hokey, Skrein's drawl does.

As key Allied leaders Vice Adm. William Halsey and Adm. Chester Nimitz, Dennis Quaid and Woody Harrelson can more easily pass for American, but Emmerich and writer Wes Tooke give them little to do except for looking glumly concerned. The same could be said for Etsushi Toyokawa's turn as Yamamoto.

When I saw Thirty Seconds Over Tokyo, I was willing to forgive 1944 visual effects because Van Johnson's turn as Lt. Ted W. Lawson and Spencer Tracy's performance as Lt. Col. Doolittle made me believe they were real people. Halsey, Nimitz and Yamamoto were fascinating individuals and deserve more thoughtful, detailed portraits. Doolittle's raid (Aaron Eckhart plays him) is recalled here, but viewers never get the full scope of what he and his men did until the closing title cards.

For example, Yamamoto lived in the United States before the war and understood the dangers of confronting the United States with its better industrial base and greater natural resources. His peers in Japan lacked his first-hand insights, and more readily courted danger. Tooke hints at this but squanders the opportunity to give Toyokawa and other performers the chance to sink their teeth into their roles.

If one could criticize Christopher Nolan's Dunkirk for having similarly thin characters, he more than made up for it by making the Allied escape look consistently claustrophobic and believable. Nolan put viewers in the ships and planes with the endangered troops practically making the audience a character in the retreat. Emmerich's computer toys simply don't do the same thing.