State lawmakers unanimously voted in February to create a structure to use state grant funds to expand high-speed internet to Arkansas' farthest flung areas, but the program spawned by that law, as now proposed, would do the opposite, about a dozen legislators said last week.

Under the proposed program, only cities -- with a focus on those with a population of more than 500 -- would be eligible for a portion of the funds. The rules must still be approved by the Arkansas Legislative Council, and a public hearing is scheduled for Tuesday.

Rep. Frances Cavenaugh, R-Walnut Ridge, said during a legislative hearing Wednesday that she disagreed "1,000%" with the program's direction. Cavenaugh was a co-sponsor of the bill that became Act 198 of 2019, which cleared the way for the grant program by removing a prohibition on local governments providing broadband services and infrastructure.

Cavenaugh and many other legislators said that the program's design would further isolate rural communities, and it wasn't being implemented as the General Assembly intended.

"We can't just keep pushing off these people because we say, 'It's not profitable, it's not profitable,'" Cavenaugh said. "Well, we're giving them money to set it up. If we're going to use tax dollars, then we need to service all Arkansans, not the few that we feel that it's proper for them to do."

At last week's hearing, lawmakers, one by one, admonished the Arkansas Economic Development Commission for failing to follow legislative intent: to connect the most disconnected areas of the state to high-speed internet.

Officials for the agency have said that cities provide a starting place, and limiting the grants to more populated areas ensures the money is stretched the farthest.

Internet companies have been hesitant to expand high-speed internet to rural areas because it's difficult for them to make money off it. Providing service to remote areas is expensive, and without a large customer base, those companies struggle to recoup their costs.

By providing subsidies from the state, lawmakers hoped that companies would partner with local governments to connect those areas.

"To me, they are being left behind," Sen. Ricky Hill, R-Cabot, said. "We're not servicing those people behind. That's the way this bill was presented: to go to rural, small-town Arkansas.

Clint Moore, an economic analyst for the Arkansas Department of Commerce, said that the grant funds would be restricted to cities at the outset because those cities can provide oversight to ensure the funds are well spent. Providers would be encouraged to expand beyond their initial footprint in those cities to more rural areas, he added.

"If we really start including a lot of unincorporated areas, the bang for our buck goes significantly down," Moore said. "We want to get to the unincorporated areas and the county areas for sure. However, we view the cities as the best place to start."

Arkansas ranks 48th in the U.S. in broadband access, according to BroadbandNow.com. While 92% of Americans have access to internet speeds of 25 megabits per second for downloads and 3 mbps for uploads (the federal broadband standard), only about 75% of Arkansans do. Those speeds allow a user to download a typical song in about a second and a two-hour movie in about 10 minutes.

With high-speed internet becoming less of a luxury and more of a necessity, governments are starting to treat it more as a public utility, like telephone service or electricity.

At Wednesday's hearing, witnesses noted that schools now require homework to be downloaded online and 21st-century farm equipment relies on a reliable connection to the Web.

Hutchinson set a goal in May that by 2022 -- the final year of his second term -- all communities of at least 500 will have access to broadband.

The Republican governor, in response to questions, said the ultimate goal is to reach statewide connectivity, and the Arkansas Rural Connect grant program is simply the first step.

"[Arkansas Rural Connect] grants will help stimulate economic growth in those communities and create a pathway to provide connectivity to all rural areas of the state," Hutchinson said in a statement through a spokesman. "This needs to be a grant program that benefits every region of the state. As public comment is received, then adjustments may be made to accomplish this goal. The $25 million grant program is a good start but is not sufficient to cover every need. ARC grants gets us going in the right direction and we can add to it as the budget allows."

Indeed, Rep. Stephen Meeks, R-Greenbrier, said that some projections are that statewide broadband connectivity would cost hundreds of millions of dollars. Meeks is the chairman of the House Advanced Communications and Information Technology Committee.

Meeks said he sympathizes with both sides of the issue. On the one hand, he feels the burden of rural, unincorporated areas without reliable, fast internet. On the other, he realizes the state's money is limited.

Using industry figures, Meeks calculated that $25 million would provide about 8,000 Arkansans in the most rural areas with broadband. It costs about $3,000 to establish a broadband connection for each rural residence, according to industry estimates.

That $25 million, though, will stretch much farther if it's focused on population centers without broadband, Meeks said.

"The concern is trying to get the most bang for the buck," Meeks said in an interview. "With smaller communities, you have a concentration of population. The thinking is by getting those small communities taken care of, they become anchor points for reaching to the outer-lying areas."

Meeks said the $25 million was the first pot of state money dedicated to rural broadband deployment, which he thanked Hutchinson for allocating. He said he has approached the governor's office about using state surplus funds to develop additional broadband connections.

Still others have questioned whether limiting the program to cities really does provide the "best bang for your buck." Those limitations exclude large unincorporated areas just outside cities or others that stand on their own like Hot Springs Village, which is home to about 17,000 people, said Jeff Arey, Saline County's county judge.

Arey proposed tweaking the program rules to allow counties the same opportunity to apply for the grant funds as cities.

"Let's just drop the city-versus-county thing and just go off of communities and vote winners and losers off the project and what's being proposed," Arey said. "That's how it is with other programs that are out there that the state provides."

Internet companies AT&T and Windstream applauded the Hutchinson administration's investment in rural broadband, but they didn't offer any specific input on the proposed program rules when asked late last week.

Elizabeth Bowles, CEO of Little Rock internet service provider Aristotle, also praised the governor's initiative, which she said "is scratching the surface, but a very good start for where we need to go." Part of Aristotle's mission is extending broadband to underserved areas. Bowles is also the chairman of the Federal Communications Commission's Broadband Deployment Advisory Committee.

Bowles noted that Arkansas has been one of the first states to implement two of the advisory committee's primary policy recommendations -- ending the prohibition on local government involvement in broadband deployment and creating a state grant program to help rural broadband development.

"It makes it clear as a state we're trying to do something about this problem," she said.

Bowles said that she would prefer the program expand to include unincorporated communities in addition to municipalities.

"When people think of a community as a town it should be treated as one," she said in an interview.

"I want to serve broadband to people who don't have it," she said. "My company doesn't need a community of 500 to make money. We only need 75 to 100 people to be profitable."

The rules are expected to go before the Arkansas Legislative Council in December or January, if changes are made, said Commerce Department spokeswoman Alisha Curtis.

Lawmakers implored the department to consider changes to reflect their intent.

"To sit here and be told it's not going to include, by definition, rural areas is pretty shocking." 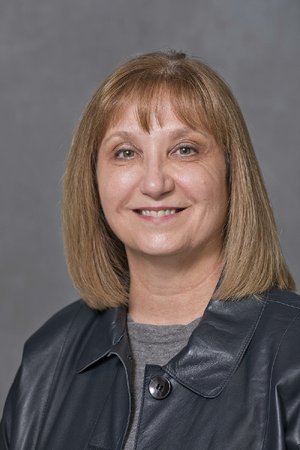 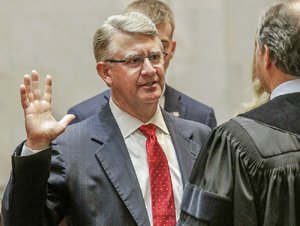 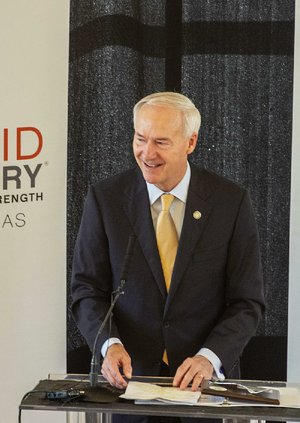 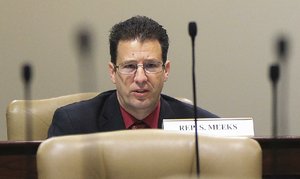