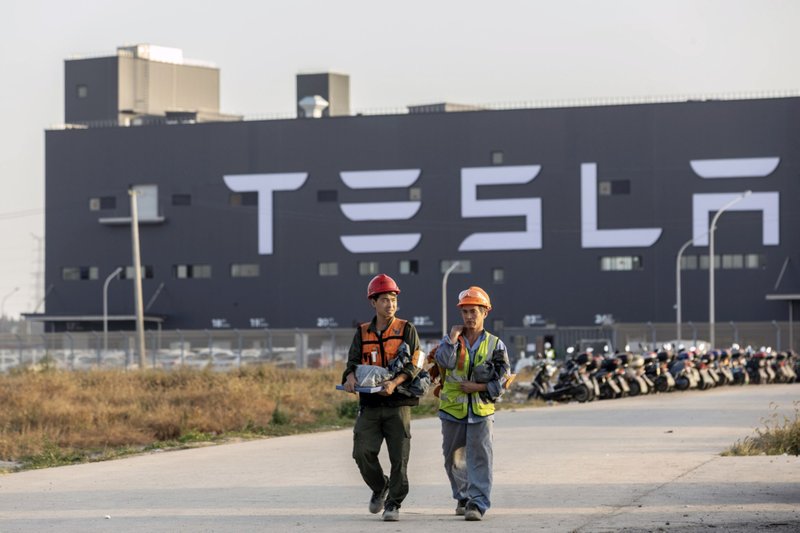 Tesla’s new Gigafactory in Shanghai is predicted by Elon Musk to make at least 1,000 cars a week by year’s end.

Elon Musk said he's never seen a factory built so quickly, and now he's about find out if it's up to the task.

Tesla's new Shanghai Gigafactory, which only broke ground in January, is weeks from starting mass production of electric sedans. China's first plant wholly owned by a foreign carmaker -- and Tesla's first outside the U.S. -- is a crucial test of Musk's bid to keep his carmaker profitable as he bets big on the world's biggest market for electric vehicles.

Musk has predicted that Tesla will make at least 1,000 cars a week in Shanghai by the end of the year -- a volume the company's original factory in California spent months trying to hit -- and has hinted that a weekly rate of 3,000 is a target at some point.

With Tesla's volatile stock price and strained finances, investors will be watching closely how the ramp-up unfolds. The multibillion-dollar investment will be a deciding factor to determine whether Tesla will be able to take on local competitors and fend off challenges by the likes of Daimler and BMW.

The Shanghai rollout also will provide clues about Tesla's ability to truly go global. The company is planning to follow up with a production facility in a yet-to-be announced location in Europe, where it is enjoying burgeoning sales growth in several markets.

Originally just a muddy plot about a 90-minute drive away from Shanghai's city center, Tesla's Gigafactory now stands tall among deserted crop fields and meadows with wild plants. Dozens of electric motorcycles and mostly gasoline-powered cars are typically parked outside -- used by workers to drive in from the closest residential area about 4 miles away. During lunchtime, employees pour out for a meal of fried noodles prepared by street vendors.

The plant is already producing cars in small quantities as part of preparations. The final pieces of machinery were being installed in October, and State Grid of China opened the first transmission line to get power to the facility that month. Tesla is working with authorities to obtain manufacturing certification and hopes to get it by year's end, Chairman Robyn Denholm said last week in Shanghai.

The starting price of the locally made Model 3 sedan, which will be sold only in China, is about $50,000, making the luxury American brand more competitive with lower-cost domestic manufacturers, such as BAIC Motor Corp. and BYD, which offer functional sedans for just over half that sum.

While the price tag is only slightly smaller than what the most basic imported Teslas have been going for, the China-made versions will pack more features. It's part of an attempt by Tesla to safeguard its brand image and pricing power in a market with hundreds of aspiring electric-car contenders.