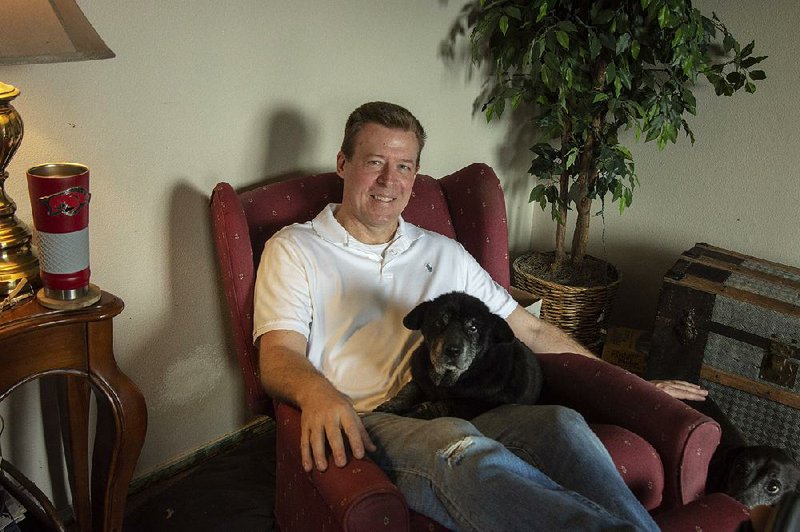 A reporter known for his Seven on Your Side consumer affairs segments on KATV, Channel 7, has been hired to fill a newly created job fielding complaints at the Arkansas Department of Human Services, the department announced Wednesday.

He will also coordinate with, but won't be in charge of, other department ombudsmen who field complaints about particular subjects, Webb said. For instance, the department's Office of Long Term Care ombudsman helps investigate allegations about nursing homes.

Pederson, whose last day at KATV was Friday, said he hopes to be "a help to people who are kind of lost."

"DHS is so big, and it can be kind of intimidating and hard to navigate," he said in a phone interview. "What I envision the ombudsman doing, first and foremost, is helping Arkansans navigate DHS if they're having trouble doing that."

Pederson began working as a broadcast journalist in El Dorado in 1993 and moved to KATV two years later, according to a Human Services Department news release.

Pederson said his contract with KATV expired on Oct. 1. He was looking for a job that would pay more than what the station had offered under a proposed new contract because his wife, Mary Carol, is expected to lose her job with Family Life Ministries as it moves its operations to Florida.

He initially applied for a job as the Human Services Department's chief legislative liaison. By the time he was scheduled to interview for that position, however, it had been filled. He said he agreed to meet with department Secretary Cindy Gillespie and other department officials anyway.

During the meeting, he said, department officials quizzed him about Seven on Your Side, which uses a team of volunteers to field calls from consumers and help resolve their complaints.

"It was obvious [the department officials] were looking at each other and kind of -- they were interested in what I was saying," he said.

He said department officials contacted him the next day, and he agreed to return and discuss the ombudsman's job.

"The job description sounded very similar to what I've been doing for 20 years at Channel 7," Pederson said.

Pederson's annual salary will be $80,242, Webb said. In the news release, the department said he will help create a "client Bill of Rights" and educational material for applicants and aid recipients.

"We've been talking about creating an ombudsman position for several months," Webb said in an email. "It's a position Secretary Gillespie feels like is an important part of the next phase of improvements at the Department."

KATV News Director Nick Genty said other reporters will handle Seven on Your Side segments until a replacement for Pederson is named.

He called Pederson "just a rock" at the station.

"He asked hard questions, and he dug deeper than any other reporter I've worked with," Genty said. "He left a huge impression both on the staff and on the community."

Information for this article was contributed by Nyssa Kruse of the Arkansas Democrat-Gazette.