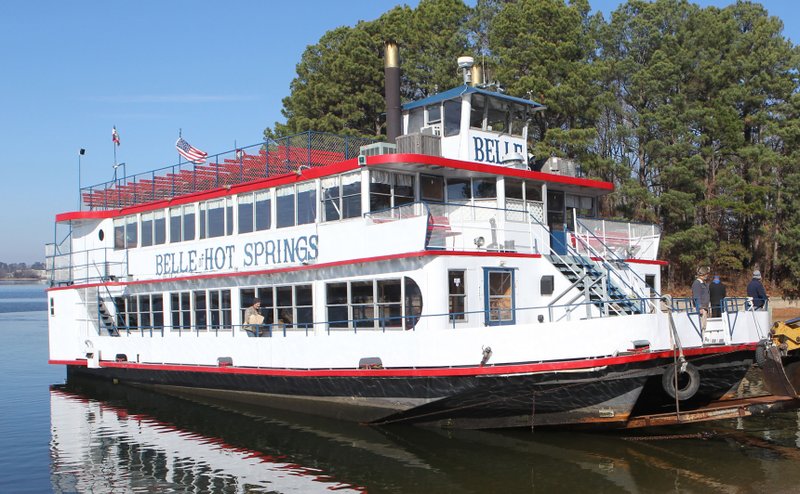 The Belle of Hot Springs. - File photo from 2012 by The Sentinel-Record

An Arkansas doctor and her husband acquired the Belle of Hot Springs and the 1.28 acre Long Island lakefront where it has docked since 1984 at auction in August, according to property records and the agent who brokered the sale.

A deed recorded Oct. 22 showed a company registered to Dr. Oyidie Igbokidi and her husband, Gregory, paid $1,475,000 for the property. Dr. Igbokidi is a cardiologist at CHI St. Vincent Hot Springs.

David Brewer, the agent who organized the Aug. 20 auction for Wilson Real Estate Auctioneers Inc., confirmed the Igbokidi family was the buyer. He said the price listed on the deed included the real estate and riverboat. The family's plan for the popular attraction is unclear, as calls to Igbokidi's clinic have not been returned.

The purchase included the 4,000-square-foot building housing Gilligan's on the Lake restaurant. A description the auction house provided to prospective buyers said the property sits at one of Lake Hamilton's most trafficked areas, at the intersection of two main routes for boats traveling across the lake.

Auction materials said the Belle was built in 1960 and reconstructed in 1994. The 72-foot-long and 35-foot-wide vessel weighs 96 gross tons and can carry up to 200 passengers on its three decks. The two interior levels feature a full-service kitchen, bar, dining room and dance floor. The upper level is open air.

Richard Thacker was the previous owner, acquiring the property for $1.35 million from Buhrow Enterprises in 2016, according to property records.