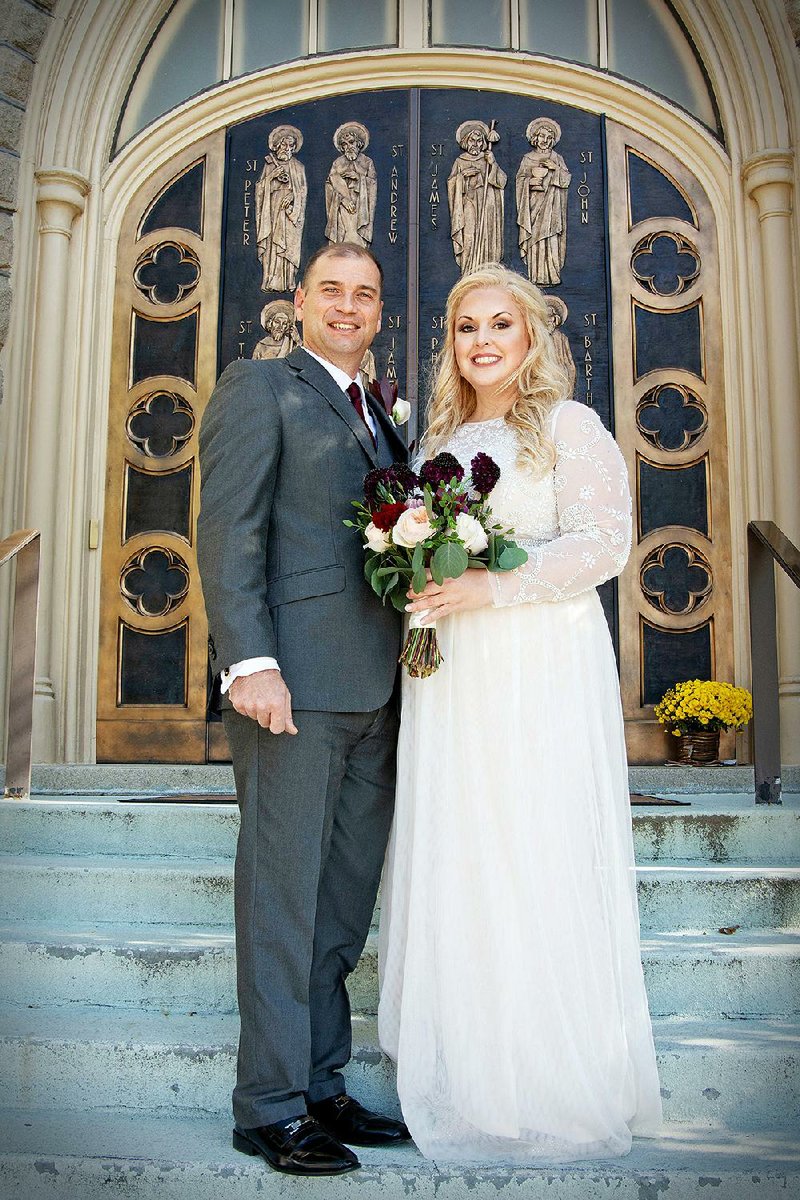 Jennifer Marie Christman and Brian Nelson Cia exchanged vows at 2 p.m. Saturday, Nov. 9, at a nuptial Mass in the Cathedral of St. Andrew officiated by the Rev. Jack Vu.

Parents of the groom are Sandra and D.J. Cia of Little Rock. His grandparents are the late Jenny and Capt. Johnny Cia and the late Nettie and Harvey Nelson, all also of Little Rock.

Music for the ceremony was by organist Beau Baldwin and cantor Logan Phillips. Readers were Louise Miller and Lauren Carter, nieces of the groom.

Given in marriage by her father, the bride wore an ivory tulle gown with intricate beading across the bodice and down the illusion sleeves. She carried a bouquet of peach garden roses, African proteas, red velvet scabiosa, burgundy calla lilies and silver dollar eucalyptus.

Guests were seated by Austin Carter of Little Rock, nephew of the groom.

After the ceremony, a dinner reception was held at Pinnacle Valley Receptions. Tables lighted with candles were centered with arrangements of roses, miniature calla lilies, carnations, white hydrangeas and silver dollar eucalyptus

The bride is a graduate of the University of Maryland with a bachelor's degree in journalism. She is associate editor for Arkansas Living, a magazine for the Electric Cooperatives of Arkansas.

The groom graduated from Henderson State University with a bachelor's degree in political science and is director of Gone for Good Document Destruction, a business division of United Cerebral Palsy of Arkansas.

The couple will live in Little Rock after a Panama Canal cruise with stops in Colombia, Costa Rica, Belize, Honduras and Mexico.