4-year-old girl who died in I-40 wreck remembered as full of life, love for family 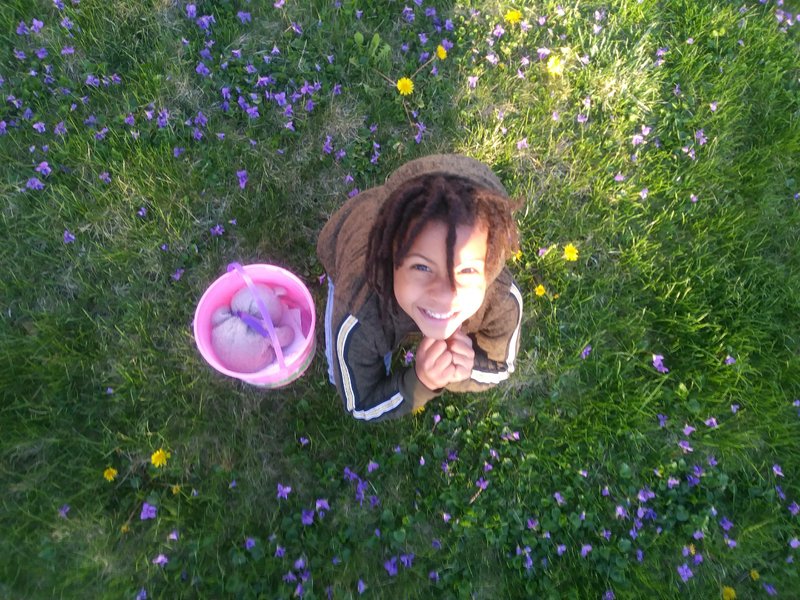 When she once got a box of 100 different pieces of chalk, her grandmother, Natacha Brookshire, said the girl used every single one to fill the concrete steps outside her home with vibrant designs. The 4-year-old also loved wearing leggings and hair bows, in all sorts of colors.

Nia's favorite thing of all, though, was rainbows: every color at once. This love led the family to decide everyone will wear something rainbow to the 4-year-old’s burial.

Nia died after a crash Saturday on I-40 in St. Francis County, according to her family. Nia lived in Springfield, Ohio, and was passing through Arkansas over the weekend on the way to Texas.

“She had a short life,” the grandmother said. “But she had a powerful life.”

St. Francis County Coroner Miles Kimble said Nia's mother, Shawnda Brookshire, was driving on I-40 Saturday when she noticed a gas can attached to another vehicle was leaking all over the road.

The mother pulled her Jeep Compass onto the shoulder around 7:20 a.m. to try to flag down the other car, according to a state police preliminary report. The vehicle was only partially in the inside shoulder, and the driver of the GMC Savana failed to see her Jeep and struck it.

The driver of the Savana was also injured, according to state police.

Kimble said Nia is at least the third child to die on that stretch of I-40 in the last year. Two other minors died after a wreck in June, he said, just five or so miles down the road.

Nia loved being around her family, Natacha Brookshire said, and the child was elated to be on her way to see an older sister who lives in Texas.

The grandmother said Nia constantly asked when she would see the new home she was buying in Georgia and often played with her little brother, Nezy.

“For a little child, she loved her family,” Natacha Brookshire said.

Nia enjoyed riding her bike and climbing trees, but Natacha Brookshire said the 4-year-old was also a “girly girl” who loved shopping.

Once, when the girl and her family went to the mall to shop for her mother’s birthday, they passed a children’s clothing store and the trip became all about the 4-year-old, Natacha Brookshire said.

“They would put these big bows on her head, and if you said, ‘Nia, we’re going to take a picture,’ she would strike a pose,” she said.

One of the things the grandmother loved most about Nia was the child’s love for herself and her skin and hair, as a young black girl. She said Shawnda Brookshire worked hard to make sure the child felt beautiful just the way she was.

Nia's funeral will be in New York City, where her grandmother and other family members live.

CORRECTION: State police said a GMC Savana hit Brookshire's Jeep Compass. An earlier version of this story incorrectly stated the type of vehicle a Savana is. It is a commercial vehicle.