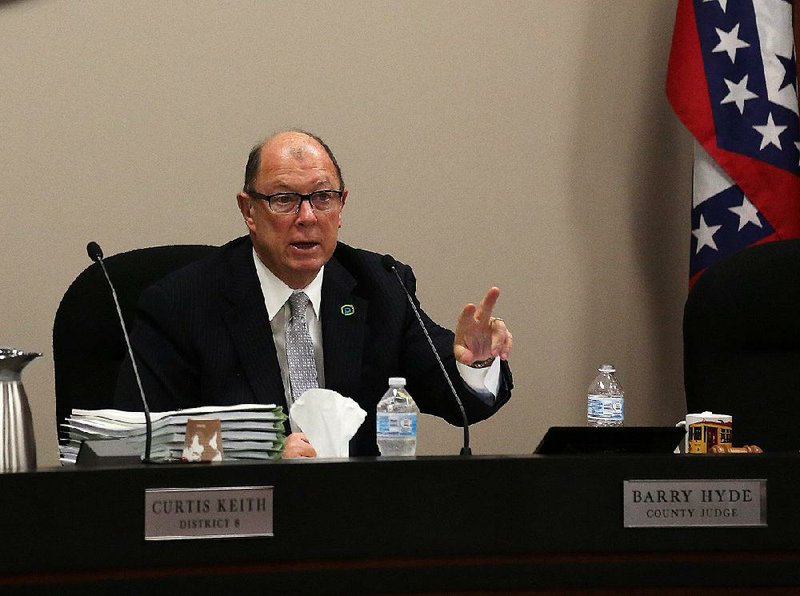 Pulaski County's chief executive has moved to strip its election commission of hiring and firing authority over elections staff members, capping weeks of tensions around control of the six-person department.

In a letter sent Wednesday to commissioners, County Judge Barry Hyde said his office will begin managing elections personnel, who are county employees, after allegations of an "abusive" work environment created by a commissioner.

Hyde's correspondence, which was copied to the Arkansas Democrat-Gazette and other media outlets, does not name the source or subject of the allegations, which he said in an interview comprised "three or four" complaints his office received.

"I have also been made aware that informal attempts to resolve these concerns have been fruitless," he wrote to commissioners. "Conduct creating an abusive work environment is not, and will not be, tolerated."

He later declined to name the commissioner in question, saying he did not want to "point a finger at somebody." His letter withdraws authority that was first delegated to that board in 1993.

Speaking for the commission, Kristi Mckinnon -- one of the three-person board's two Republican appointees -- said she had "no idea" to what Hyde was referring, and that no complaints of that nature had been made to the body.

"I honestly don't know. It seems to be coming out of left field," she said in a short interview. "We've come in here, and we've made a lot of changes, and that can be uncomfortable for some people."

A conflict over elections workers' supervision has been brewing in the county for some time, but first emerged into public view during a Quorum Court committee meeting last week.

At that meeting, justices of the peace sparred over and eventually tabled an ordinance proposing to move elections workers under county clerk Terri Hollingsworth's control.

Mckinnon, who publicly opposed last week's ordinance, said the board would not challenge Hyde's move, adding that she "can't imagine that the county judge will tell our staff not to do what we ask them to do."

"I just don't want all this chaos, when we're trying to just go forward and make sure that we're getting everything ready [for next year's elections]," she said.

"No employee of the county should ever feel as if they are in a hostile work environment," he wrote in a statement, noting that commissioners aren't full-time employees who can manage the staff on a day-to-day basis.

The county judge's directive addresses a tug of war that has been complicated by its partisan subtext.

Like other Arkansas counties, Pulaski County's election commission has two appointees from the state's majority party, Republicans, and one from its minority party, Democrats.

That makes it one of the few Republican-controlled bodies in Pulaski County, one of the state's few Democratic-leaning strongholds and also its largest county by population.

Before the Nov. 12 committee meeting, county Republicans took to Twitter to decry a proposed reassignment of elections staff members as a partisan effort by Hyde and Hollingsworth, both Democrats, that would wrest control from the election commission.

Accordingly, Republican state legislators and party activists dominated a lengthy public comment period, making various arguments as to why the elections staff should remain under the commission's authority.

Mckinnon and fellow Republican commissioner and chairwoman Evelyn Gomez also spoke, saying the ordinance would interrupt well-established processes and create conflict when an official who could appear on the ballot oversees elections staff. (Price did not make a public comment.)

Hyde said Wednesday that he was aware that he might field similar party-oriented criticism for his directive, but said his main interest was helping everyone involved with elections work more effectively.

"The local Republican Party wanted to make it a partisan issue. It's not. It's a personnel management issue," he said.

"This kind of squabbling tends to discourage voters, and undermine the reliability of the commission to be able to execute the election, and that's in no one's best interest."

Mckinnon said she does not share the same concerns about Hyde's office overseeing the staff members as the ones she'd raised about last week's ordinance.

For example, unlike the clerk, the county judge's office does not take part in election processes, she said.

"I think we all have a vested interest in making sure our election process is fair and consistent, and we maintain the integrity of our elections. We're all here working the same goal," she said.

"I just hope that we can collaborate and work together."

Hollingsworth also said she supported Hyde's decision, adding that she had been disappointed when justices of the peace had not moved forward with reassigning elections workers to her offices.

Last week, she told the Quorum Court committee about concerns over being excluded from important discussions held by the election commission regarding issues such as voting equipment purchases, as well as being disturbed by reports of "partisan talk" in meetings.

"Judge Hyde's letter addresses the same issues that I was mentioning," she said. "This does make sense, and it does satisfy what I was going for."

She said her office would continue to work with commissioners, elections department staff and Hyde to ensure the success of elections in 2020, a major election cycle that includes the presidency.

Hyde said he had not notified commissioners about the letter before his office distributed it Wednesday morning. As of that afternoon, he had not received feedback from commissioners or any justices of the peace.

"Once the Quorum Court decided that they didn't want to rise to this occasion ... I just felt like there was no way I could allow a problem department, so to speak, to just go on unchecked," he said.

Asked to explain the nature of complaints he'd received about the work environment at the elections department, Hyde described a situation in which workers had been instructed not to speak with other county employees.

One of those employees, he said, had received a "reprimand" from commissioners on the subject that he said was conducted in an "unprofessional and embarrassing" manner. Mckinnon said she wasn't familiar with this incident.

That "violate[d] the county's policies to provide a professional and respectful and supportive environment for our employees," Hyde said.

There has been recent discussion of barring communication between elections staff and county employees at public meetings attended by the Arkansas Democrat-Gazette, which also are documented in meeting minutes.

For example, a Nov. 5 public meeting of the election commission, Gomez told elections director Bryan Poe that he should not speak with Pulaski County attorney Adam Fogleman without first obtaining the commission's permission.

"Commissioner Price asked if it is necessary for Director Poe to speak with the County Attorney on a regular basis in order to fulfill the duties of his job. Director Poe stated that it was," according to the minutes for that meeting.

"Chair Gomez requested an explanation. Chair Gomez stated that we are not going to be in the habit of contacting outside entities regarding Election commission business."

After some discussion, commissioners requested a list from Poe of common situations in which he might need to speak with Fogleman, so they could further consider the matter.

Price told the newspaper that was what came to mind as a possible subject of complaints, though he explained he wouldn't have been privy to feedback from staff members to other commissioners or to human resources entities at the county. 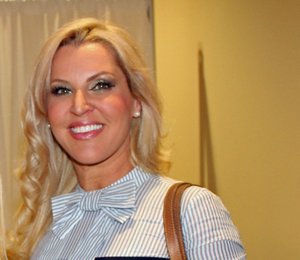 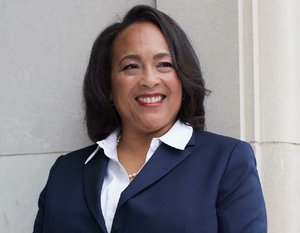 Photo by Special to the Democrat-Gazette
Terri Hollingsworth