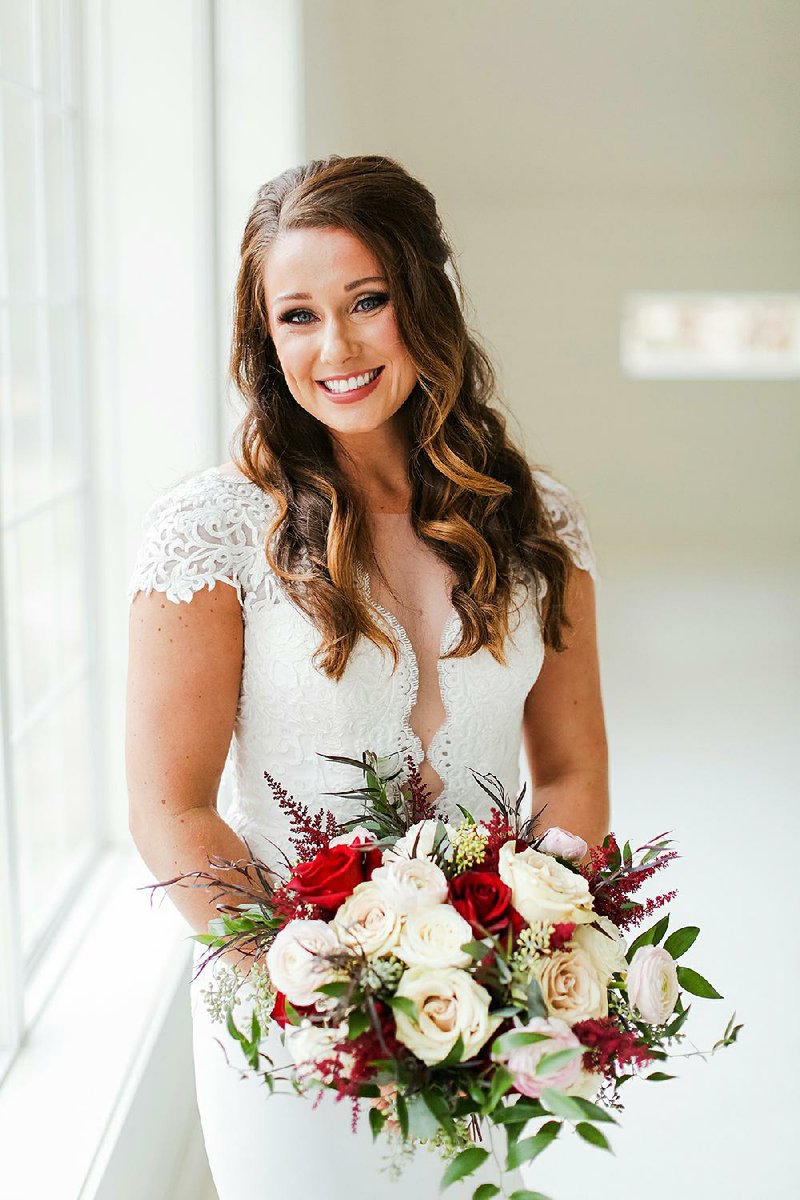 Given in marriage by her father, the bride wore an ivory crepe gown. The bodice had cap sleeves and was embellished with scalloped lace and beading. She carried a bouquet of white hydrangeas, blush ranunculus, burgundy scabiosa, cream spray roses and garden roses.

Matron of honor was Madalyn Duncan of Huntington Beach, Calif. Bridesmaids were Whitney Browder of Pelham, Ala.; Sara Frankowski and Peyton Hildebrand, both of Fayetteville; and Emma Huett of Bentonville. They wore sleeveless dusty rose-colored gowns and carried a smaller version of the bridal bouquet.

A reception at The Grandeur House was held after the ceremony. Guest tables were centered with dusty rose, blush and burgundy wedding flower arrangements in various sizes.

The bride has a bachelor's degree in nursing from the University of Arkansas for Medical Sciences and is a registered nurse at Arkansas Children's Hospital.

The groom has a nursing degree from Baptist School of Nursing and is also a registered nurse at Arkansas Children's Hospital.

After a honeymoon in Cancun, Mexico, the couple will reside in Little Rock.