• Taylor Swift jumped past Michael Jackson's record at the 2019 American Music Awards, taking home six honors at the fan-voted show, including artist of the year and artist of the decade. Swift, who walked into Sunday night's show with 23 AMAs, surpassed the King of Pop's 24 wins at the fan-voted show. The 29-year-old pop star rambled onstage as she won the final award of the night -- artist of the year -- and repeatedly thanked her fans for always showing up -- during both the good and bad times. "This year has been a lot of good, a lot of really complicated, so on behalf of my family and me, thank you so much for being there and caring," said Swift, who now has 29 AMAs. It was a family affair at the AMAs: Swift's father and teary-eyed mom sang along as the singer performed a medley of her hit songs -- a performance Swift said in a Nov. 15 social media post was put in jeopardy by Scott Borchetta and Scooter Braun, the owners of her master recordings. She didn't mention the men during her acceptance speeches at the Microsoft Theater in Los Angeles, but did thank her new label for allowing her to freely express herself as an artist. "This album really felt like a new beginning, and I also really love my record label, Universal and Republic. Monte Lipman, Lucian Grainge, thank you for being so generous to me and allowing me to make whatever music I want to make," Swift said after winning favorite pop/rock album for "Lover," her first album not released on Borchetta's Big Machine Label Group. "As a songwriter it's so thrilling to me that I get to keep doing that." Swift's other wins include favorite female pop/rock artist, favorite adult contemporary artist and favorite music video for "You Need to Calm Down."

• Comedian and actor Bill Cosby says he's prepared to serve his 10-year maximum sentence for sexual assault rather than show remorse for a crime that he maintains that he didn't commit. Cosby is serving three to 10 years in a state prison near Philadelphia after a jury last year convicted him of sexually assaulting a Temple University employee in 2004. The 82-year-old says the Pennsylvania parole board is "not going to hear me say that I have remorse." He thinks it's therefore unlikely he'll be released early. Cosby made the comments in a telephone interview on Sunday with BlackPressUSA as he appeals his felony conviction and sex offender status. Cosby is best known for his 1980s-era sitcom The Cosby Show. 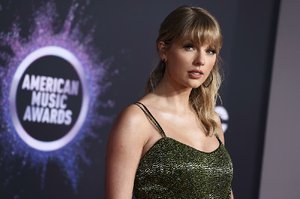 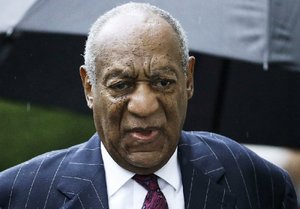