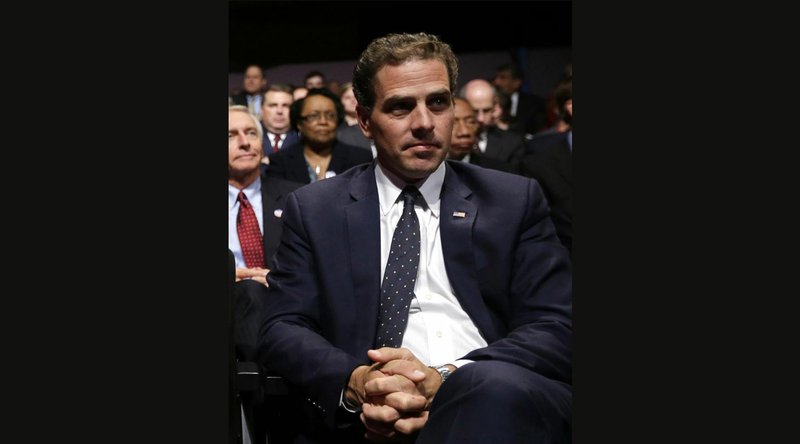 Claiming Hunter Biden is the father of her baby, an Independence County woman asked an Arkansas judge Monday to order the ex-vice president’s son to take a DNA test to establish paternity.

In a “Motion for Scientific (DNA) Testing” submitted by her attorney, Lunden Alexis Roberts alleges that Biden “has verbally admitted to the plaintiff that he is the father of her child.”

That conflicts with denials he has made to the media and to the court, Roberts noted.

DNA testing “would conclusively determine paternity,” she added. Roberts is asking 16th Judicial Circuit Judge Don McSpadden to compel Biden to appear and to “provide a sample for DNA testing.”

Roberts’ original paternity suit, filed on May 28, alleges that she and Biden “were in a relationship” and that “Baby Doe” was born in August 2018 “as a result of that relationship.”

Roberts, 28, is asking the court to establish that Biden, 49, is the baby’s biological father, and to order him to pay child support as well and provide health insurance for the toddler.

Biden is the son of the frontrunner in the Democratic presidential race — former vice president and U.S. senator Joe Biden.

A graduate of Georgetown University and the Yale Law School, Hunter Biden has worked as an attorney, lobbyist and a private equity investment partner. He also served on Amtrak’s board of directors.

In a July 1 New Yorker article, he spoke at length about his past drug abuse, his 2017 divorce from his first wife, Kathleen Biden, and his overseas business ventures, including his tenure on the board of Burisma Holdings, a Ukrainian natural gas company that reportedly paid him as much as $50,000 per month for his services.

During part of that time, his father was President Barack Obama’s point man on Ukraine.

Both Bidens have denied any wrongdoing.

In a July 25 phone call, President Donald Trump raised concerns with his Ukrainian counterpart, President Volodymyr Zelensky, about both Bidens’ dealings there, saying it “sounds horrible” and asking Zelensky if he would “look into it.”

The conversation prompted a whistleblower complaint, alleging the president was soliciting foreign interference in the 2020 election. Democrats subsequently launched an impeachment inquiry.

Since filing the paternity suit more than four months ago, Roberts’ attorney has tried, in vain, to track down Hunter Biden and have him personally served with a court summons.

The search has stretched across the United States, as far east as Maryland; as far west as California.

In July, a Los Angeles process server said he had delivered the documents to a relative of Hunter Biden’s second wife, Melissa Cohen, at Cohen’s West Hollywood apartment.

In an Aug. 19 court filing, a lawyer for Hunter Biden alleged that his client hadn’t been properly served with a summons or a copy of the suit. The documents, he said, had instead been delivered “to a non-party at an address where [Biden] does not reside.”

He also argued that the Arkansas court lacked jurisdiction over Hunter Biden, adding that the location — or “venue” — of the case was improper as well.

Hunter Biden has at least two other Arkansas attorneys, including former Arkansas Atty. Gen. Dustin McDaniel, who are helping to defend him in the paternity suit. A fourth attorney, in Illinois, has also been involved.

While the Biden campaign has steered clear of the paternity suit, some Republicans are beginning to raise it as an issue.

“He claims that he is not the father of this child,” Cotton told the conservative talk radio host. “If that’s the case, why doesn’t he just accept process and provide a DNA sample? But no, he is literally hiding out from those working for a young woman in Arkansas who’s raising a child by herself after she’s filed suit against Hunter Biden in Arkansas state court.”

Monday, Democratic Party of Arkansas Chairman Michael John Gray accused Cotton of trying to “score political points off the back of a single mother when the policies he has promoted have, in no way, supported single mothers across Arkansas.”

“Hunter Biden’s personal issues as well as those of the single mother should not be exploited for political gain,” he said.

In an interview, Roberts’ attorney said he isn’t interested in the 2020 political machinations.

“I really don’t care about his problems in Ukraine and with the Trump administration. My concern is that my client would like support for her child,” he said. “You have a duty to support your kids…Good Americans across the United States should support their children.”

While not commenting on any particular case, Channell said DNA testing — in general — is incredibly trustworthy.

“It’s very accurate, with greater than 99.999 percent probability of parentage. It doesn’t get much better than that,” he said.

Someone who is falsely accused of fathering a child has no reason to fear a DNA test, he said.

“If you firmly believe that you’re not the father of this individual then, absolutely, take the test,” he said. “It’s the best scientific tool to exclude you [from] being a biological father.”