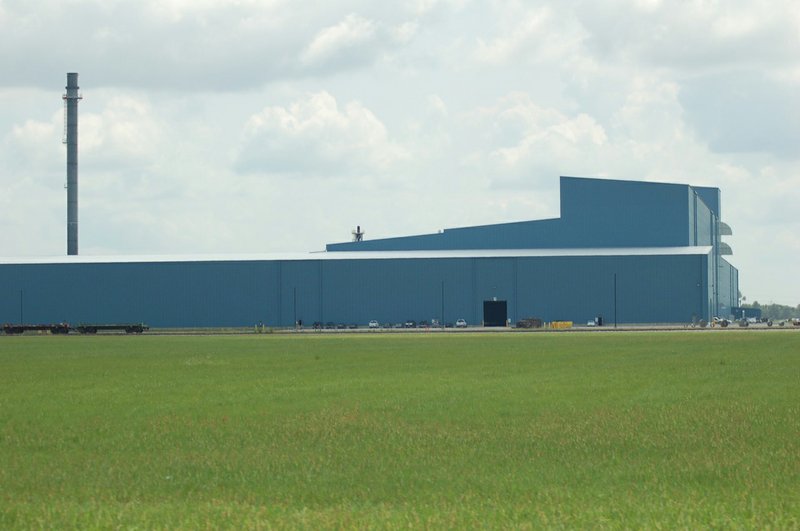 The Big River Steel plant in Mississippi County is shown in this 2018 file photo.

U.S. Steel Corp., based in Pittsburgh, will pay $700 million to take 49.9% ownership of Big River Steel, which was built near the Mississippi River, just south of Osceola, funded in part by Arkansas taxpayers.

U.S. Steel has an option to buy the remaining 50.1% of the company within four years, the company said Tuesday in announcing the deal.

Big River’s $1.3 billion mill opened in January 2017, after about two years of construction. The mill has about 550 employees, with average annual pay of $75,000, including bonuses. It remains the largest economic development project in state history.

The deal brings together U.S. Steel, a company forged in 1901 to eventually become one of America’s largest smokestack industries producing steel from iron ore in coal-fired furnaces, and Big River, a pioneer in recycling scrap metal into flat-rolled steel used in automotive, energy, construction and agricultural industries.

Big River was the first beneficiary of state constitutional Amendment 82, approved by voters in 2004 to provide incentives for economic development “super projects.” Under Amendment 82, Big River obtained a $125 million bond issue to finance construction of its plant. The Arkansas Teacher Retirement System also has invested in Big River, profitably.

“Five years ago we started Big River Steel with five employees with big ideas and today we are partnering with a company started by Andrew Carnegie 118 years ago,” David Stickler, chief executive officer of Big River Steel, said in a statement. “As partners with U.S. Steel, we intend to prove to the world that the best way to make steel is by combining the best of traditional integrated steel making with the best of electric arc furnace mini-mill steel making.”

Big River’s Osceola plant was the first steel mill of any kind to receive the Leadership in Energy and Environmental Design (LEED) certification, a program normally used to promote office buildings for energy efficiency.

“Big River operates the most advanced, state-of-the-art and sustainable mill in North America, and our investment would ultimately strengthen our competitive positioning in highly strategic steel-end markets, creating an unmatched value proposition for our stakeholders,” David Burritt, U.S. Steel’s president and chief executive officer, said in a statement.

U.S. Steel put an “implied enterprise value” of $2.3 billion on Big River’s operations, including a $1.2 billion expansion announced about two years ago that is near completion. Another 500 workers are expected at that plant. The expansion will double the plant’s hot-rolled steel production capacity to 3.3 million tons a year, starting in 2020, Big River said Tuesday.

Philip Bell, president of the Steel Manufacturers Association, based in Washington, D.C., said the sale isn’t surprising and is good for both companies.

“I think it shows that U.S. Steel is pursuing a strategy of adding state-of-the-art technology to its operations, and Big River will be able to share that experience,” Bell said by telephone. “To operate globally, you have to be efficient, you have to be sustainable, and you have to be competitive. I think this sale represents all those things. I think it shows that U.S. Steel had a keen understanding that electric arc furnaces represent the future of domestic steel production.”

Nucor’s first plant, east of Blytheville, softened an economic blow sustained three years earlier with the first stages of the closing of nearby Eaker Air Force Base.

Including a joint venture with Yamato Kogyo Corp., Nucor has about 1,800 employees at three Arkansas operations and an annual payroll of $71.4 million, including payroll taxes, according to Nucor’s corporate website. Another 1,200 or so workers have jobs at steel-related plants and suppliers in the county.

To purchase the land along the Mississippi River where the plant eventually opened and to extend a natural-gas pipeline 16 miles, Mississippi County provided $12 million and Osceola gave $2 million.

Amendment 82 provided $125 million in financing to Big River — a $50 million loan, $70 million for site preparation, and $5 million to cover the costs of issuing the bonds. Big River paid off the loan 17 years early, in September 2017.

Rod Graves, the system’s deputy director, said U.S. Steel’s purchase is “very positive” and that the company “will be a good partner.”

The system has about $93 million in “equity investment” in Big River, or roughly 20% ownership, Graves said. On June 30, that investment was valued at about $327 million, he said.

Graves said that ownership stake will increase from 20% to 36% without the teacher retirement system issuing additional capital to Big River, because some original investors traded in their active shares for preferred stocks, or securities that involve both equity and fixed dividends.

The system’s return on its Big River investment has been roughly 30% over the past five years, Graves said.

The teacher system is state government’s largest retirement system with about $17 billion in investments and more than 100,000 working and retired members.

A teacher retirement system investment of about $16 million in BlueOak Arkansas hasn’t fared as well.

Touted as the nation’s first “urban mining” electronic-waste recycling plant, BlueOak has closed. A 2015 fire at the Osceola plant destroyed BlueOak’s electric-plasma furnace, essential to its founders’ plans to recover gold, silver, copper and other metals from discarded cellphones, computer circuit boards and other electronics. The late John Correnti, a Big River founder and former executive with both Nucor and U.S. Steel, had helped to get BlueOak to Osceola.

Graves said the teacher system has written off that investment as of June 30, 2018.

Glencore LTD, a mining and recycling company with connections in Britain and Switzerland, has taken over the city-owned building that once housed BlueOak and its $35 million in aspirations that included hiring 75 workers with average annual salaries of $50,000.

About the same time Tuesday that U.S. Steel was announcing its plans, Bayou Steel Group in Louisiana’s St. John the Baptist Parish said it will close, with 376 employees losing their jobs. Louisiana Gov. John Bel Edwards, according to news reports, said the U.S. trade war with China had made the factory vulnerable.

President Donald Trump in March 2018 imposed tariffs of 25% on steel imported from China and other countries. The tariffs on steel from Canada and Mexico were eventually lifted but those on Chinese steel remain.

“I think it’s important to know that tariffs are helping domestic steel producers,” Bell said. “Bayou Steel’s closing is the result of there still being a glut of unfair and often illegal steel trade. I think the tariffs helped sustain Bayou, not hurt it. You have to operate safely, efficiently and sustainably everywhere in the U.S. to be competitive and when you look at Bayou’s statement, they had operational challenges they couldn’t surmount.” 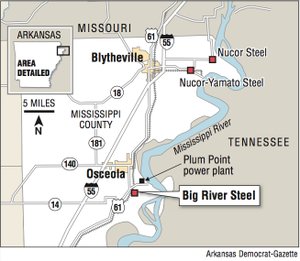