Letter calls for inquiry of senators 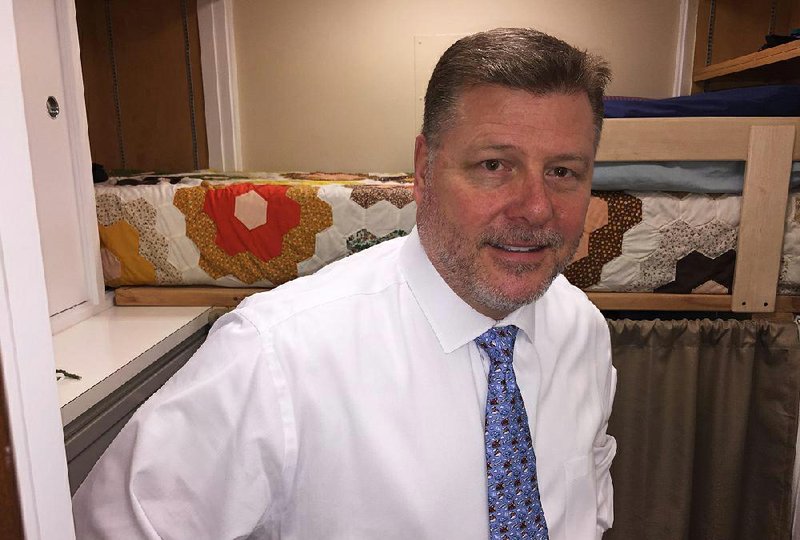 WASHINGTON -- At least 14 Republican congressmen, including one from Arkansas, sent a letter Thursday calling for an investigation into three Democratic U.S. senators who had urged Ukraine to cooperate with special counsel Robert Mueller's inquiry in 2018.

U.S. Rep. Rick Crawford of Jonesboro was one of four House Intelligence Committee members who signed Thursday's letter. It urges Senate Majority Leader Mitch McConnell and Vice President Mike Pence to investigate the three senators' "disturbing conduct and statements" and to take whatever action is needed "to hold them accountable."

"We do not ask this lightly, but it is critical to maintain public faith in the integrity of the Senate in these trying times," the letter states.

The senators did something similar, the Republicans say, when they sent a letter to Ukraine's prosecutor general questioning his handling of investigations involving Paul Manafort, Trump's former campaign manager.

The Democrats' May 4, 2018, letter to Lutsenko came two days after The New York Times reported that the Ukrainian had "effectively frozen" cases involving Manafort.

The goal, the Times reported, was to avoid offending Trump.

"The cases are just too sensitive for a government deeply reliant on United States financial and military aid," the article said.

"In every possible way, we will avoid irritating the top American officials," one member of the Ukrainian parliament told the Times. "We shouldn't spoil relations with the administration."

With Manafort awaiting trial on charges stemming from Mueller's investigation, the senators expressed concerns about what they'd read in the Times.

"If these reports are true, we strongly encourage you to reverse course and halt any efforts to impede cooperation with this important investigation," they wrote, in a letter that they provided to reporters and posted online.

Refusing to cooperate with the probe, they wrote, would send "a worrying signal -- to the Ukrainian people as well as the international community -- about your government's commitment more broadly to support justice and the rule of law."

While the letter asked the prosecutor not to impede cooperation with Mueller's investigation, it did not ask the Ukrainian official "to investigate President Trump."

In August 2018, Manafort was convicted of eight counts of bank and tax fraud. He later pleaded guilty to conspiring to defraud the United States and witness tampering.

After Trump, in a September 2019 news conference, questioned the propriety of the letter, the senators accused Trump of trying "to divert attention from his abuse of power."

In a news release, the senators said their 2018 letter "in no way calls for the conditioning of U.S. security assistance to Ukraine."

In an interview Thursday evening, Crawford said he believes the senators "crossed the line" by writing the letter.

Asked why Republicans raised no objections to the letter in May 2018, when the senators first publicly released it, Crawford said: "I don't know the answer to that question. I'm sure the letter was public because these letters do tend to be public," he said. "It didn't come to my attention."

The senators, at a minimum, are guilty of hypocrisy, Crawford said.

"I think that, basically, what they were asking for in this letter, was calling for investigations. Well, that's what President Trump did," Crawford said.

"I'm just asking for consistency," he said. "If it's OK for the senators to write that letter, demanding investigations from our ally, then why would it not be OK for the president to do the same thing."