One of the two companies bidding for a state contract to study Arkansas' public school funding formula was created just days before lawmakers decided to seek bids for the project.

Members in the group of researchers drawn together by Missouri-based Shuls and Associates have written or testified in support of school-choice policies, such as for vouchers and charter schools, that have split members of both parties in the Arkansas General Assembly in recent years.

But the head of the company and several legislative leaders said last week that those views shouldn't affect Shuls and Associates' ability to study Arkansas' education financing system in an objective manner.

Some members of the House and Senate education committees, though, said that both the timing of the company's creation and its team's education policy views were concerning.

Denver-based Augenblick, Palaich and Associates also submitted a proposal for the contract to study the state's education funding procedures. Representatives from both companies will appear before the committees on Tuesday before lawmakers decide which group to select.

Rep. Reginald Murdock, D-Marianna, who is vice chairman of the House Education Committee, questioned at a meeting last week how Shuls and Associates came to apply for the state contract. Murdock's questions came after Bureau of Legislative Research attorney Jillian Thayer said that Shuls and Associates was one of the groups that she was asked by lawmakers to contact about bidding for the contract.

"I'm not saying that Shuls [and Associates] would be biased, meaning they're going to espouse or come to conclusions based on their theory of how things should be," Murdock said in an interview. "My point is that their theory is already in conjunction with other [lawmakers'] policy beliefs. It becomes political and somewhat biased. We should have no affiliation at all with whoever does this."

The education committees examine Arkansas' school funding formula every two years, typically making slight tweaks and inflation adjustments, but lawmakers over the past four years have increasingly called for a deeper, outside study.

In August, the committees issued a request for proposals from companies to examine and recommend potential changes to the process the committee uses every two years to determine proper education funding levels.

The education committees' biennial education adequacy report recommends to the governor and General Assembly how to distribute those dollars.

The recommendations are determined using a matrix that allocates money to school districts on a per-student basis. That process started in 2003, when legislation was passed after the Arkansas Supreme Court's Lake View School District No. 25 v. Huckabee decision that found the state's education funding system was inadequate and unconstitutional.

The formula was developed by a pair of college professors who were retained as consultants after the landmark decision, and it has remained largely unchanged.

James Shuls, an assistant professor at the University of Missouri-St. Louis, formed Shuls and Associates on Aug. 17, according to the Missouri secretary of state's office's business records. The education committees voted Aug. 20 to issue the request for proposals.

Shuls said he formed the company for the sole purpose of executing the contract with the state. In a recent interview, he said he registered Shuls and Associates before the authorization of the request for proposals because he heard through education policy circles that Arkansas would soon be issuing the bid request.

Shuls' company would partner with the University of Arkansas' Office for Education Policy and a handful of individuals to study Arkansas' education funding methods.

Although Shuls has done consulting work in an individual capacity, he said that a project of this size and scope would require a larger team and federal tax ID number.

Shuls said he hadn't spoken with any Arkansas lawmakers about bidding for the contract. Murdock asked committee members at last week's meeting who recommended Shuls to the Bureau of Legislative Research, but no member spoke up.

Murdock and several other Democrats on the committee said in interviews that they had concerns about Shuls' group because it lacked experience doing this type of work and because some of its members have been vocal proponents of private-school vouchers and other school-choice policies.

Shuls, for instance, has written and testified in support of tax-credit voucher programs and charter-school expansion; he is also on the editorial board of the Journal of School Choice.

Shuls obtained his Ph.D. in education from UA, and he has taught elementary school.

He acknowledged in a phone interview that he and some members of his team generally support expanded school-choice policies, but he said that shouldn't disqualify them from contention for the Arkansas contract.

"We are all researchers, and we believe that the methods and research speak for themselves," he said. "So when it comes to the fiscal cost of school choice, for example, we'll present what the numbers say. We're not going to slant the numbers. Everyone has their own biases and things that they bring to their work, but your work should be as unbiased as possible. I don't see our views on these things impacting our findings."

If anything, Shuls said, his group would be more likely than others to consider the potential cost savings of school-choice initiatives such as voucher programs, which he said are often ignored.

Sen. Joyce Elliott, D-Little Rock, who is vice chairman of the Senate Education Committee, said she has some concerns about Shuls and Associates because of the group's policy positions, but she said that those positions weren't necessarily disqualifying.

Elliott said one of her concerns was Shuls and Associates' lack of experience.

"This is somebody that's coming to us brand new, not ever having done an adequacy study," she said, adding that she didn't want Arkansas to be somebody's "starter."

Shuls said it would be his first such study on behalf of a state government but that he and members of his team had extensive experience working on school finance issues across the U.S.

Shuls said that right now, for instance, he has been hired by a St. Louis law firm to evaluate potential changes to Missouri's school funding process.

Rep. Bruce Cozart, R-Hot Springs, the House Education Committee chairman, said he didn't view the newness of Shuls and Associates as a problem. Cozart, a construction contractor, compared it to putting together a team of subcontractors to bid on a construction job.

"It's pretty normal for a consultant to ask for help to put something together like that," he said.

Cozart also said that he didn't think the group's school-choice positions would be problematic.

"I think they need to leave [themselves] out of it and do the study we ask for, whoever it may be," he said. "Everybody has their own little niches, whether it be school choice or something else."

Augenblick, Palaich and Associates is one of the primary companies states use to study public school funding. The company began working in the field 36 years ago, and it has conducted adequacy studies in more than 20 states.

The firm would partner for the project with WestEd, another education research organization.

Augenblick, Palaich and Associates' co-CEO Justin Silverstein declined to comment for this article, saying he'd like to refrain from commenting on the contract until company officials appear before the legislative committees Tuesday.

Augenblick, Palaich and Associates was the only bidder when the education committees issued a somewhat similar request for proposal for an adequacy study earlier this year.

The committee denied that bid because of concerns about the cost ($943,605) and scope of the firm's proposed study.

The initial request for proposal resembled a more traditional adequacy study, and some members were concerned that it would result in calls for large funding increases.

"My concern was hiring somebody that would be making policy decisions that should be left to the Legislature," Hendren said. "We want somebody that will look at the mechanics of the adequacy process."

Hendren has said that the Legislature could find itself in court in a rehash of Lake View if a consultant began recommending large, unrealistic funding increases.

Whichever company is selected for the education funding study would present its final report to the committee by November 2020 in advance of the 2021 regular legislative session.

Cozart said the "can has been kicked down the road" long enough.

"We'll make the changes that we deem proper," he said. "Having outside eyes look at it, I think, will help us." 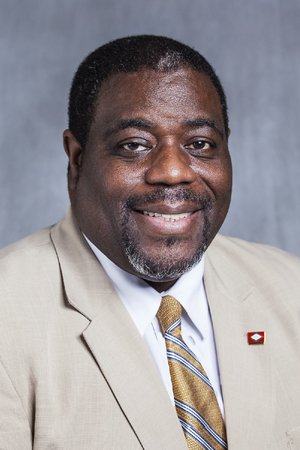 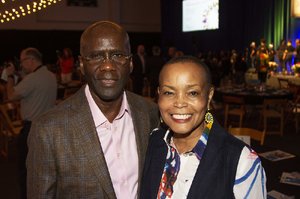 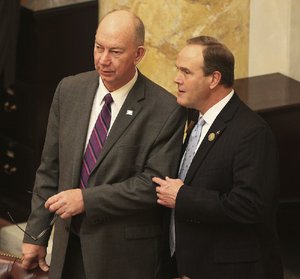 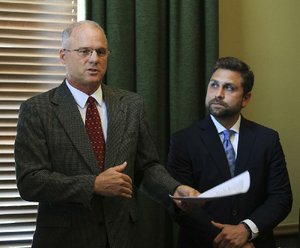