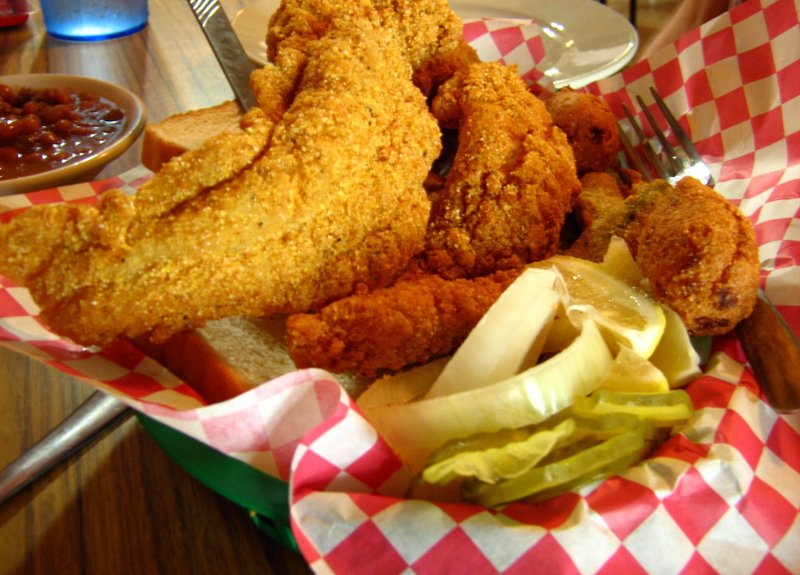 When it comes to Southern restaurants, there are a few staples that should be on a menu. And if we're lucky, among them will be the trinity — fried, creamy and smoked.

In North Little Rock, Magnolia Skillet is representing with its small menu that packs a good selection of favorites that are "A Taste of Mississippi."

Magnolia Skillet occupies a spot that housed a barbecue restaurant. After the sign for the new restaurant went up, I eagerly watched for signs of life.

It's one of those "mom and pop"-type places. The employee corps is made up mostly of friends and family, and there is a friendly, comfortable atmosphere. Actually, at one point, there were more people milling about at the counter than were eating in the dining room.

Behind the dark-wood building is a smoker and ample parking. The interior is colorful and the dining room contains standard tables and metal chairs with red vinyl-padded seats and backs.

Our party of three was instructed to seat ourselves. We had perused the menu on the restaurant's Facebook page, but the prices were higher, although not by much. We also found that the daily special was only available until 2 p.m., and we arrived well after that. So calling it a "daily" special is a bit misleading — more like a lunch special.

We placed our order, but that took some work because they were out of several of the items we were considering, including slaw, fried pickles and fried green tomatoes.

We'd never seen "fried" ribs, but thought, "why not?" (A standard version is also available.) They take a rack of ribs, cut it into single ribs, which are breaded and fried. The meat is smoked first and tasted like a fried pork chop. The smoky flavor came through, but the meat was a bit dry. The breading was fried very crisp and dark brown and seemed almost thicker than the actual meat on the bone.

The sides, fried okra and onion rings, were crisp and not too greasy. The okra was whole spears breaded and fried, which we had never had before. They were coated in a traditional-style breading and fried crisp on the outside and tender and soft on the inside. The onion rings seemed homemade because the onion slices were not uniform in size. 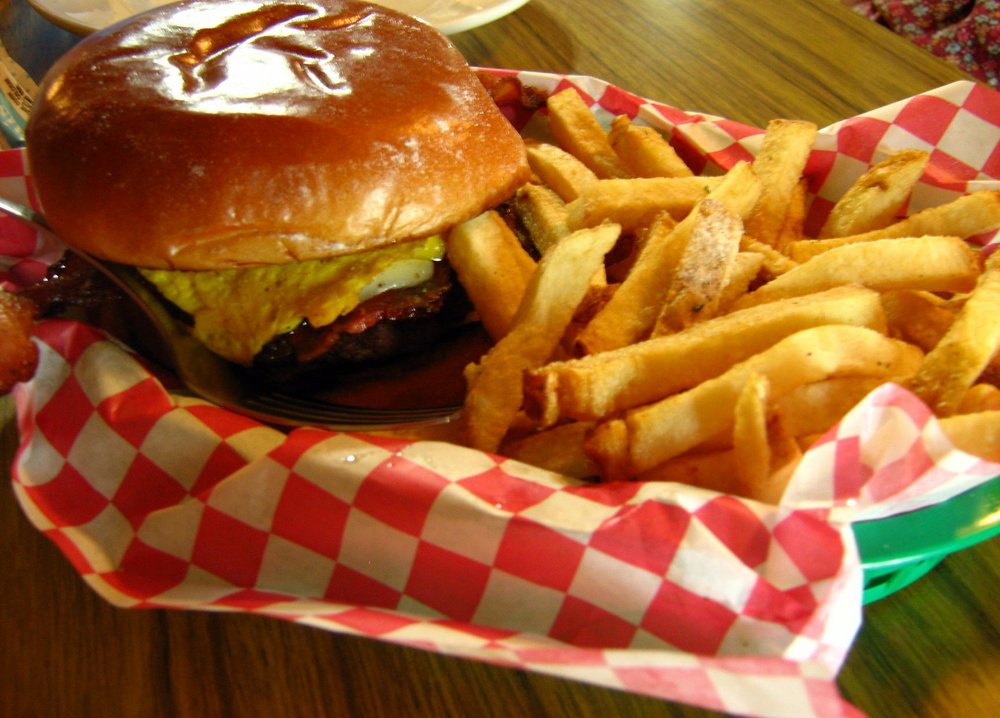 The Isaiah Montgomery burger at Magnolia Skillet in North Little Rock is topped with two kinds of cheese and a fried egg. It comes with fries tossed in your choice of seasoning. Arkansas Democrat-Gazette/Rosemary Boggs

The menu offers a small selection of burgers and sandwiches, including veggie and turkey burgers. We went with the Isaiah Montgomery burger, which comes with fries on the side and a choice of seasoning (ranch or house). The large beef patty had a smoky flavor; it's topped with bacon, American cheese and smoked provolone and a fried egg, which has become a worldwide trend.

I should have asked that the egg be cooked so as to get a nice runny yolk, but didn't, so when our server brought it to the table and I cut it in half, hoping to see a cascade of yellow, I discovered that, sadly, the egg was cooked at least one step beyond well done.

The fries were not crispy and seemed a bit soggy; they were lightly sprinkled with our choice of ranch seasoning, but it was applied so lightly we couldn't discern it.

The large catfish filets were breaded and fried to the right amount of crispness. The fish was tender and didn't have a muddy flavor. Two hush puppies, pickles, onion and lemon wedges came alongside. The hush puppies were small and one seemed not to have been cooked all the way through and had a gummy texture. We'd gotten more of the fried okra with this entree, plus baked beans. The beans were very smoky and a bit sweet, and there were chunks of what seemed to be hamburger mixed in. They were actually some of the best I've ever had.

We saved room for dessert. A variety of daily choices priced at $3.50 include caramel cake, chocolate cake, lemon icebox pie, pecan pie, banana pudding, Kool-Aid pie and peach cobbler. We all agreed on the pecan, which was a good choice. The crust was crisp, the sweet corn syrup filling was silky smooth and the pecans had a nice toasted texture and flavor.

Priced at $9.50, the "daily special" comes with two sides and includes chicken & dumplings, hamburger steak, spaghetti, beef tips, chicken & dressing, fried catfish and fried ribs, depending on the day of the week. But several of the special items are also on the menu, which also includes a few chicken dishes, pork chops and whole wings in flavors including BBQ, garlic parmesan, honey Sriracha, buffalo and lemon pepper.

Magnolia also serves breakfast on Saturday mornings, but only until 11. On Monday, the restaurant announced on its Facebook page that due to a health issue, it will be closed until Tuesday. That could change, but we will hope for the best.

All in all, Magnolia Skillet is a tasty addition to the North Little Rock restaurant scene.