This made-for-HBO film strikes a fine balance between pleasing rabid fans of the Emmy award-winning series that ran for 36 episodes on cable from March 21, 2004, to Aug. 27, 2006, and newcomers who have heard endless stories about how terrific the series is from those rabid fans. It's not easy to do, but Deadwood: The Movie manages to please substantial members of both.

It's pretty much the model for what a series revival should be.

Toy Story 4 (G, 1 hour, 40 minutes) Some of us never embraced Pixar's Toy Story sequences; they seemed too kid-oriented, and the characters were too sugar-sweet for some tastes. If you're one of these viewers, give this fourth installment a try. It just might change your mind with its more dramatic story, adult-identifiable characters and knockout animation. The plot concerns Woody (voice of Tom Hanks) who, although confident of his standing as chief kid caretaker, finds himself being pushed aside in favor of little Bonnie's new hand-made favorite, Forky (voice of Tony Hale). Determined to stay stoic, he struggles to support obstinate Forky (who insists he's trash, not a toy) while trying to make the most of reuniting with his long-lost companion Bo Peep (voice of Annie Potts). With the voices of Tim Allen, Keegan-Michael Key, Jordan Peele, Christina Hendricks, Keanu Reeves; directed by Josh Cooley.

Midsommar (R, 2 hours, 27 minutes) A subtle, unnerving and slow-building horror escapade in which a young American couple with a falling-down relationship find a path to staying together following a family disaster, followed by a summer getaway in a remote Swedish village. Too good to be true? Of course it is. With Florence Pugh, Jack Reynor, Vilhelm Blomgren; written and directed by Ari Aster.

Annabelle Comes Home (R, 1 hour, 46 minutes) Squarely aimed at fans of the possessed doll series (you know who you are), here we have a pair of married demonologists who think they've got everything under control by imprisoning the troublemaker in a locked room in their home, where the irritating creature awakens the evil spirits lurking there. A few scares lie ahead. With Mckenna Grace, Madison Iseman, Patrick Wilson, Vera Farmiga; written and directed by Gary Dauberman.

Light of My Life (R, 1 hour, 59 minutes) Slow, bleak, and requiring patience, this futuristic drama concerns a girl (Anna Pniowsky) and her father (Casey Affleck) who soldier on after a pandemic has wiped out nearly all the world's female population. With Tom Bower, Elisabeth Moss; written and directed by Affleck.

Red Joan (R, 1 hour, 41 minutes) One more time: great cast, mediocre movie. How could such a unique and intriguing tale -- concerning elderly retiree Joan Stanley (Judi Dench) who is arrested by MI5, suspected of being one of the most influential spies in living history -- end up being so dull? With Sophie Cookson, Laurence Spellman; directed by Trevor Nunn.

Gwen (not rated, 1 hour, 24 minutes) Gwen is a young girl desperately trying to hold her home together -- struggling with her mother's mysterious illness, her father's absence and a ruthless mining company encroaching on their land. As a growing darkness begins to take grip of her home, the local community grows suspicious and turns on Gwen and her family. Written and directed by William McGregor.

The Wedding Guest (R, 1 hour, 36 minutes) You'd think that the combination of Dev Patel (Slumdog Millionaire, Lion, Hotel Mumbai) and legendary director Michael Winterbottom (24 Hour Party People, Butterfly Kiss, Welcome to Sarajevo) might produce something special. This pokey, indifferent psychological crime thriller concerns a man with an unenviable past who travels from Britain to Pakistan to attend a wedding, with a plan to kidnap the bride-to-be. With Radhika Apte.

Maiden (PG, 1 hour, 37 minutes) So you think you're not interested in crossing the wide-open seas? That shouldn't stop you from enjoying Maiden, an exciting and revelatory documentary that takes viewers along for the ride as Tracy Edwards, a 24-year-old British charter-boat cook, becomes the skipper of an all-female crew that enters the Whitbread Round the World race in 1989.

Using breathtaking archival footage (captured by Joanna Gooding, the ship's cook and official videographer) along with you-are-there narratives, nerd-enchanting mechanical descriptions, and expressively emotional scenes of the thrill of overcoming self-doubt as well as the deprecation of male competitors, director Alex Holmes makes viewers feel as if they're on the deck of the Maiden.

Time-honored prejudices about women's abilities and ambitions are thrown to the four winds as the all-girl crew and their leader (who has a weighty back story as a rowdy teenager to overcome as well) battle to gain the yacht world's respect as they risk everything in a wild adventure, tautly focused to come out on top.

Spider-Man: Far From Home (PG-13, 2 hours, 9 minutes) This well-received and predictably formula-following chapter in the Spider-Man franchise tags along with Peter Parker and his pals as they vacation in Europe. But like most vacations, something goes wrong, and our hero, who planned to be just a regular guy while away, finds himself forced to do super-hero-style battle with a villain known as Mysterio. With Tom Holland, Samuel L. Jackson, Marisa Tomei, Jake Gyllenhaal, JB Smoove, Martin Starr, Jon Favreau; directed by Jon Watts.

Driven (R, 1 hour, 48 minutes) Yet another John DeLorean-focused film, this nicely performed but slow-moving comedic mystery with an impressive cast focuses on his rise in the automotive industry and the price he's willing to pay to keep his struggling company afloat. Complicating matters is an FBI informant and a cocaine trafficking ring. With Jason Sudeikis, Judy Greer, Corey Stoll, Lee Pace, Isabella Arraiza; directed by Nick Hamm.

Itsy Bitsy (not rated, 1 hour, 34 minutes) A smart horror-thriller, with decent performances and more than a few surprises, follows a private nurse who moves herself and her two children from urban bustle to pastoral countryside to care for an aging victim of multiple sclerosis. There she discovers a relic that could lead to everyone's doom. With Bruce Davison, Denise Crosby Elizabeth Roberts; directed by Micah Gallo. 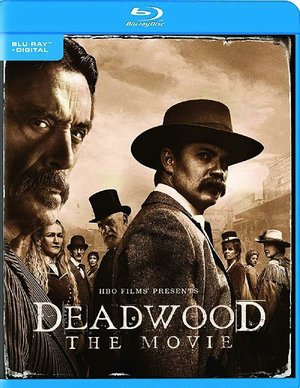