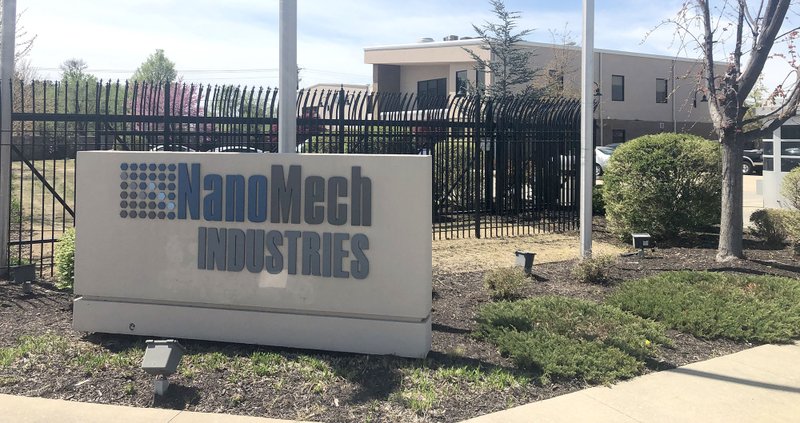 Tech company NanoMech is asking a bankruptcy judge for permission to claw back more than $576,000 paid to its former CEO as part of a severance agreement, according to a recent court filings.

Under the terms of a separation deal, NanoMech agreed to pay $452,000 to Phillips for accrued but unpaid salary, along with $155,283 for repayment of loans he made to NanoMech. The company's board of directors agreed to the plan. NanoMech paid Phillips $500,000 on or around Feb. 28, with the remainder to be paid in installments, according to the filing.

Shortly after Phillips left the company, NanoMech secured a $1 million loan from Michaelson Capital Special Finance Fund II, half of which was used to pay for Phillips' severance and loan, rather than to help the cash-strapped company, according to the complaint. NanoMech contends that total payment of $576,644 to Phillips constitutes preferential or fraudulent transfers, which it should be able to recover under bankruptcy law.

Generally, any debt repayments during the last 90 days before bankruptcy can be nullified as preferential transfers, Joshua Silverstein, a professor at the W.H. Bowen School of Law at the University of Arkansas at Little Rock who researches and writes about bankruptcy law, said in response to emailed questions. He said that time period is up to a year in the case of a company insider, such as a CEO.

He said that for the move to be considered fraud, it had to be made with the intent to defeat the rights of other creditors.

"Challenging such payments as preferential transfers is one of the more common disputed matters in a business bankruptcy case," Silverstein wrote.

In August, Judge John Dorsey gave the go-ahead for NanoMech to reject its separation agreement with Phillips. NanoMech argued bankruptcy law allows a debtor to reject some contracts or leases in certain instances, with court approval. Attorneys for Phillips initially objected to the wording of NanoMech's motion, but the two sides came to an accord.

NanoMech said in earlier court filings that certain stakeholders had raised questions about Phillips' leadership and actions as CEO. NanoMech said its investigations show Phillips spent more than $750,000 in company funds on personal expenses, including lavish trips, and also awarded himself a compensation package the company could not afford.

Phillips contends that NanoMech's allegations are gross mischaracterizations of the truth or outright fabrications.

NanoMech, founded in 2002, develops nanotechnology for use in machining and manufacturing, lubrication and packaging, and coatings, and it also develops specialty chemicals. Nanotechnology is the manipulation of matter at the atomic and molecular scale.

In late July, the court approved the sale of NanoMech's assets free of liens and other legal encumbrances to P&S Holdings for $8 million. The sale closed in early August. P&S is a subsidiary of Houston's Vinmar International Ltd., a global marketing, distribution and project-development company serving the petrochemical industry.