Clintons to return to Little Rock for economic policy conference 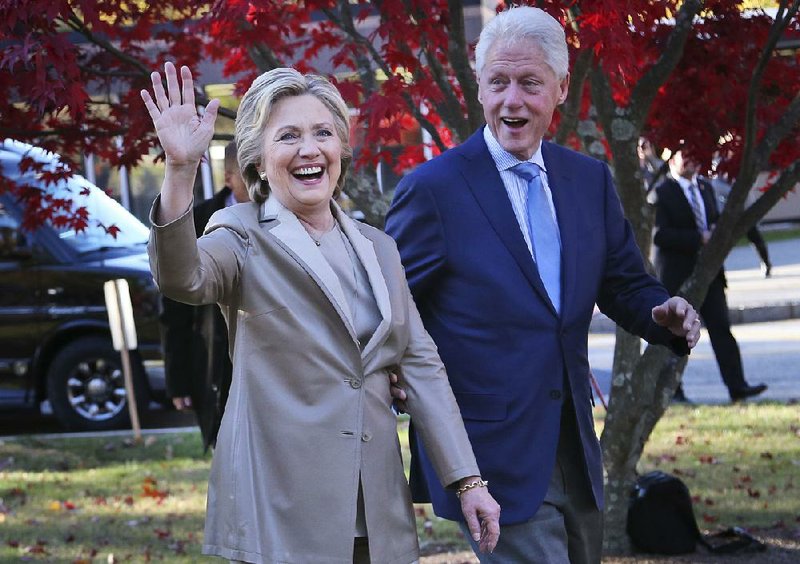 FILE - In this Nov. 8, 2016, file photo, then-Democratic presidential candidate Hillary Clinton, and her husband former President Bill Clinton, greet supporters after voting in Chappaqua, N.Y. The FBI is investigating allegations of corruption connected to the Clinton Foundation while Hillary Clinton was secretary of state. That‚Äôs according to a person familiar with the investigation who spoke on condition of anonymity to discuss it. (AP Photo/Seth Wenig, File)

The event will feature both as speakers, as well as panel discussions and networking events, according to a news release.

Topics at the conference will include addressing the income gap and racial wealth disparities as well as how to better support underserved communities, small businesses and entrepreneurs.

The conference comes 25 years after the Community Development Financial Institutions Fund was created under President Clinton, to promote economic growth in low-income communities.

Those present will include Community Development Financial Institutions leadership, leading investors, mayors, community organizations and former Clinton administration officials, according to the release.