2 airlines' budget hits near $1B 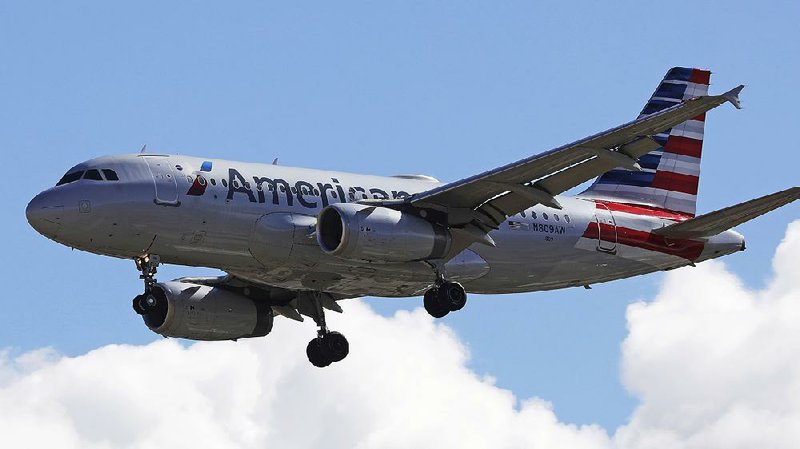 American Airlines reported a 14% increase in third-quarter profit despite canceling 9,475 flights because of the grounding of Boeing 737 Max airliners.

DALLAS -- The grounding of the Boeing 737 Max has lasted far longer than air carriers expected and has cost American Airlines and Southwest Airlines nearly $1 billion, with the price likely to go much higher.

The chief executive officers of both airlines say they are talking to Boeing about compensation and just hoping they can use their Max jets by early next year.

Despite the Max handicap, both airlines reported higher third-quarter profit Thursday, and their shares rose.

Southwest has had an all-Boeing fleet since it began flying 48 years ago, but that could change. CEO Gary Kelly said the Southwest board has directed him to study whether the airline should start buying planes from other aircraft makers, which would likely be Boeing's European rival, Airbus.

"We put our future in the hands of Boeing and the Max, and we're grounded," Kelly said on CNBC.

Southwest last considered an alternative to Boeing planes in 2011. Kelly made comments then that were widely interpreted as indicating Southwest would consider buying Airbus jets if Boeing didn't produce a more fuel-efficient midsize plane -- which turned out to be the Max.

The grounding has cost Southwest $435 million in operating income since March, when regulators took the Max out of service after a second fatal crash. Kelly said the effect will spill into 2020. American estimated that its full-year Max-related loss will be $540 million, up from a previous estimate of $400 million.

American Chairman and CEO Doug Parker, whose airline canceled 9,475 flights in the third quarter because of the grounding, said he is in early talks over compensation.

"We feel highly confident that the losses that American Airlines has incurred won't be incurred by American shareholders, but will be borne by the Boeing shareholders," Parker said on a call with analysts and reporters.

Parker and Kelly repeated that their airlines maintain their full faith in Boeing's ability to fix the plane, and they are eager to put the airlines back into service.

Boeing said this week that it still expects approval this year from the Federal Aviation Administration for changes it is making to flight software and computers on the Max. Kelly said "everything has to go pretty perfectly" for Boeing to hit that target. Southwest has taken the Max out of its schedule until early February. American and United, the only other U.S. carrier with Max jets, are aiming for a January return.

Even if the FAA approves Boeing's changes to flight software and computers on the Max, it's uncertain whether passengers will want to fly a plane connected to crashes in Indonesia and Ethiopia that killed 346 people.

"We do expect there to be some uneasiness in the early days of the aircraft's return to service," Southwest President Tom Nealon told reporters. "It's natural given the nature of the situation."

While not giving exact figures, Nealon said Southwest surveys show that "a minority" of passengers might try to avoid flying on the Max "for a month or three months or six months."

Southwest is taking bookings for Max flights in February and beyond, and Nealon said there has been no "booking away" from the plane. He said less than 1% of Southwest customers check the aircraft type before booking a flight.

Airlines are getting a lift from strong travel demand and a decline from year-ago fuel prices.

Dallas-based Southwest earned $659 million in the third quarter, up 7% from a year ago, despite taking a $210 million hit in operating income from the Max grounding. Adjusted earnings were $1.23 per share, easily beating analysts' average expectations for $1.09, according to a survey by Zacks Investment Research.

Revenue rose 1% to $5.64 billion despite a 3% reduction in passenger-carrying capacity because of the Max grounding. A closely watched figure, revenue for each seat flown one mile, rose about 4%.

Fort Worth-based American reported third-quarter profit of $425 million, a 14% increase, and lowered the top end of its forecast of full-year profit. Parker said the results should have been better.

American is coming off a dreadful summer for flight delays and cancellations caused not only by the Max but also a caustic fight with unions over stalled contract negotiations. The company sued two unions and persuaded a federal judge to agree that some aircraft mechanics conducted an illegal work slowdown this year, idling an unusually high number of planes at times. After a five-month break in negotiations, contract talks resumed last month.

American's problems have triggered speculation about a change in management. On Thursday, the normally laid-back Parker gave an unusually forceful explanation of how next year will be better than this one because American will get its Max jets back and settle the labor dispute.

"Doug, whatever coffee you had this morning, I'd like some of it," said Stifel analyst Joseph DeNardi.