A Ducking Good Time: Comedian has ducks in a row for new tour 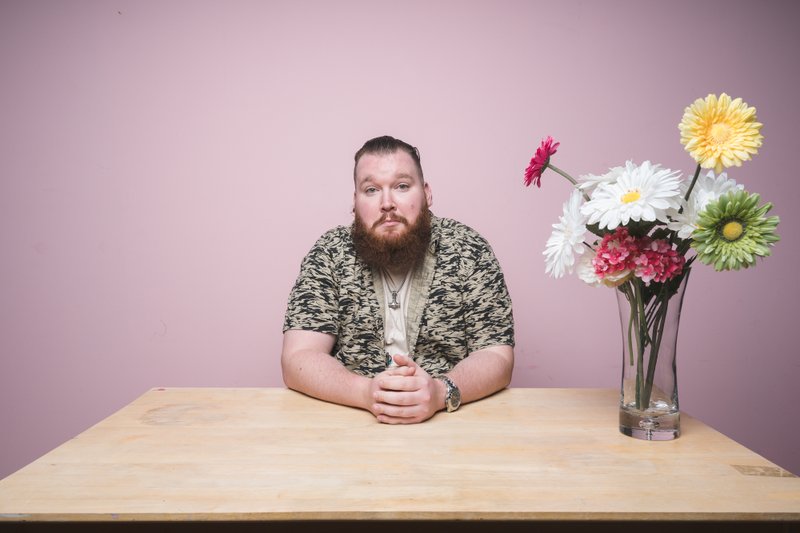 Courtesy photo New York-based comedian, writer and stoner Dan LaMorte returns to Bike Rack Brewing Co. in Bentonville with his "Infect Me Once" tour on Sept. 20.

New York comedian Dan LaMorte is back on the road with his "Infect Me Once" tour following the release of his sophomore stand-up album and special. He returns to Bike Rack Brewing Co. on Sept. 20, which he is especially looking forward to because LaMorte has carried a little piece of Bentonville with him since his visit last year.

"The last time I was in Bentonville, I went to the [Crystal Bridges] Museum, and I walked into the gift shop and I said, 'I have $200 to spend on something,' which I really didn't," he recounts. "I saw a really beautiful wooden duck, and I asked the guy, 'How much is that?' And he said $200. And I bought it on the spot. So Bentonville will always be the home of the first place and only place I've ever bought a wooden duck."

As of about two weeks before the tour started, the jury was still out on whether LaMorte would bring the actual duck on the road with him, but he is bringing its likeness.

"I have free stickers for the merch table of psychedelic wooden ducks that I had made. I love that museum so much because I walked out with a wooden duck."

LaMorte also admits the shiny red and blue duck sits on his desk where he writes. So, admittedly, Bentonville and Crystal Bridges have become a prominent part of his life, he quips.

LaMorte released his second album, "Infect Me Once," in January and reveals he works the material for each album while he's on the road. So crowds at last year's tour heard some of the stories that would end up on the album. And the audience on Sept. 20 will likely catch the material he's working out for his next project. And though "stoner" is part of his persona, LaMorte promises that shouldn't deter any comedy fans who don't adhere to that lifestyle.

"It's not really stoner comedy, it's comedy coming from a stoner," he explains. "If you do smoke, there's certain things in there that will stand out to you more. But I try to make it to where everyone can appreciate it. Because if I ever tell a joke that's a stoner joke, and I notice only a small group of people are laughing, and I realize it's the stoners, I get rid of that joke. I really try to make it across all platforms for everyone to laugh.

"I try to do comedy that puts nobody down," LaMorte adds. "I just want everyone to be happy. If there's ever another Woodstock, I want to be the comedian at it!"