Trendy releases no better than traditional favorites by Bryan Hendricks | September 15, 2019 at 2:23 a.m. 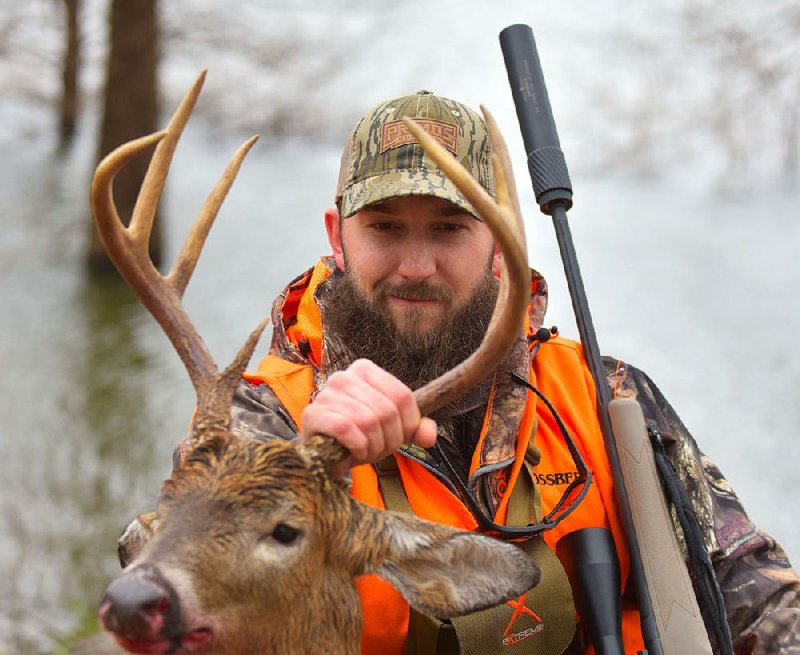 Josh Dahlke used a Mossberg Patriot rifle chambered in 6.5 Creedmoor to kill this buck in January in northern Louisiana.

Realtor Roger Farley listened as a prospective client described a new home that he sought.

Finally, Farley waved him off and said, "What you want is what you've got."

I found myself in the same situation recently when I encountered a phenomenal deal on a new rifle chambered in 6.5 Creedmoor. I like to stay current with hunting trends, and the Creedmoor is the hottest thing going right now. Every rifle maker offers one, and you can't pick up a hunting or shooting magazine without seeing an article about it.

In January, Josh Dahlke, star of The Hunger video series, used a sound-suppressed Creedmoor to kill a mature buck at Cottonwood Lodge in Louisiana.

Finally, the Creedmoor has given the .264-caliber bullet the respect and acceptance it deserves in the American hunting community.

The guy selling the Creedmoor also has a phenomenal deal on a different rifle chambered in .260 Remington. That cartridge set the hunting and shooting world abuzz in 1996 when Remington commercialized the proprietary 260 Panther, which was developed by Jim Carmichel, then the shooting editor at Outdoor Life.

Remington, as has long been its habit, did not market its new cartridge, nor offer it in its most popular rifles. The company was similarly negligent with its excellent 6mm Remington and 280 Remington, which was originally the 7mm Remington Express. It was developed to unseat the legendary 270 Winchester, which was getting a little long in the tooth. It might have succeeded, being a bit faster with a bigger bullet, but Remington torpedoed its own ship. The 7mm Remington Express was too similar to the 7mm Remington Magnum, one of the most successful cartridges of all time. It confused the public. Remington pulled it from the catalog and then reintroduced it as the 280 Remington. Again, the company didn't market it, and the public didn't buy it.

In this way, Remington relegated fine cartridges to irrelevance while comparable cartridges from its competitors, like the 243 Winchester (a ballistic twin to the 6mm Remington), became standards.

The 260 Remington, an outstanding cartridge, should have negated any justification for the 6.5 Creedmore. Hornady, which hyped its new cartridge aggressively, entrenched the Creedmore in that niche, even though it is ballistically indistinguishable from the 260.

The cartridge cases are the same size, so they hold comparable amounts of propellant, and both are designed for short-action rifles, which is important to some people.

Here's my dilemma. I already own a rifle in 6.5x55 Swedish. More than 100 years old, the 6.5x55 is the .264-cal. family patriarch. When loaded to modern specs, it is ballistically identical to the .260 Remington and 6.5 Creedmoor. The difference is that the Swede has a larger case and has a longer neck. It holds more powder and is better suited to heavy bullets, from 140-160 grains. My Ruger Model 77 shoots 140 bullets like a laser. Its recoil is mild, and while the action is long, the rifle itself is compact.

I have long lamented that my Swede does not accurately shoot bullets lighter than 140 grains. Especially frustrating were my tests with the 120-gr. Barnes TTSX, an all-copper bullet that works very well on deer.

Recently, someone told me that Barnes bullets must be seated practically on the lands of rifling in order to group well. I seated mine to equal the overall cartridge lengths of factory 140-gr. Remington Core-Lokt ammo, which is too short. The bullet has too much distance to cover (free bore) between the case neck and the rifling, which increases the chances of entering the bore at a cant. It will be ever so slight, of course, but it will dramatically and adversely affect accuracy.

I reseated a test group of 120-gr. Barnes so that they lightly touch the rifling. Eureka! They printed a tight little group about 7 inches high.

Unfortunately, I loaded those cartridges years ago. I was so disgusted with their initial performance that I threw away the recipe. I don't know which propellant I used. It was either IMR-4831 or Reloder 22. I will have to deconstruct my "blueprint" cartridge to find out.

In other words, what I want is what I've got.

Of course, I always want a new rifle but not one that duplicates something I already have. That leaves three options -- the 264 Winchester Magnum, the 260 Nosler and the 260 Weatherby.

There is also the 6.5x284. That cartridge was all the rage about 10 years ago among competitive shooters, but it never caught on with hunters. It slowly fell out of favor with the benchrest crowd because it burns out barrels faster than other excellent long-range cartridges.

Coincidentally, that is the same complaint that helped doom the 264 Win. Mag. Remington's introduction of the 7mm Rem. Mag. sent it to the showers. Modern propellants have reduced the cartridge's abuse of barrel throats, but the time for the 264 Win. Mag. has come and gone.

As I ponder the choices, my eyes wander to the corner of the safe where rests my custom Model 70 Winchester in 7mm Rem. Mag. With its Ballistic Optimizing Shooting System and muzzle brake, it was wicked accurate with its original stock, a hideous piece of plastic that flexes with only minor pressure.

Winchester advertised that its Model 70 Classic rifles had "bedded" actions, meaning a stabilizer was added to prevent the recoil lug from degrading the lug slot and eroding accuracy.

The "bedding" is a small dab of clear epoxy.

I replaced that stock with a blue and gray Stocky's laminated thumbhole model that I got in a Stocky's online Christmas sale. It required some sanding to level the channel and free-float the barrel, but it is now one of my flagship rifles. It is stunning to behold, and it shoots as good as it looks.

In the unlikely event that I need even more punch, my Winchester Model 70 in 300 Win. Mag. waits in the bullpen.

This brings me to a heartbreaking revelation. I already have everything I want or need. I can't just justify ever buying another rifle.

That's probably true for shotguns, too, but let's not get carried away.

Photo by Arkansas Democrat-Gazette/BRYAN HENDRICKS
The author replaced the cheap plastic stock that originally adorned this Model 70 Winchester Stainless Stalker in 7mm Rem. Mag. with a laminated thumbhole model. Capable of grouping a wide range of bullet weights and styles, it is the most versatile rifle in his lineup. 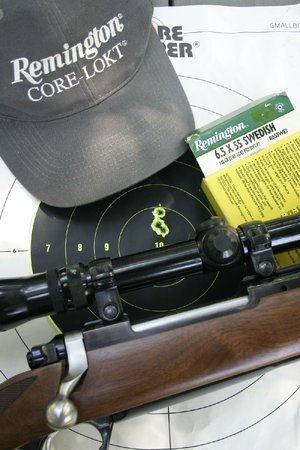 Photo by Arkansas Democrat-Gazette/BRYAN HENDRICKS
With 120-160 grain bullets, the 6.5 x 55 Swedish is more versatile than a 6.5 Creedmoor, but both are excellent choices for southern deer hunting.