Home construction up 12.3% in August 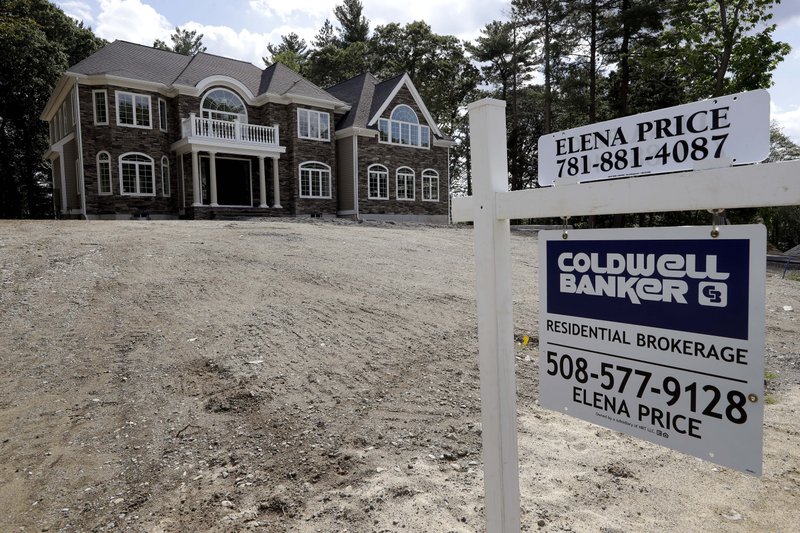 In this Tuesday, Sept. 3, 2019 photo a sign rests in front of a newly constructed home, in Westwood, Mass. On Wednesday, Sept. 18, the Commerce Department reports on U.S. home construction in August. (AP Photo/Steven Senne)

WASHINGTON -- The pace of U.S. home construction jumped 12.3% last month to a 12-year high on a surge in apartment building.

The Commerce Department said Wednesday that housing starts came in at a seasonally adjusted annual rate of 1.36 million, the most since June 2007 and up from a revised 1.22 million, as builders overcame a shortage of skilled workers and available land. Economists had expected a more modest gain.

in In another promising sign, permits, a signal of future building, rose 7.7% to 1.42 million, the highest level since May 2007.

Residential construction rose 30.5% in the Northeast, 15.4% in the Midwest and 14.9% in the South but was unchanged in the West.

Low mortgage rates and a solid labor market are helping to support sales, prompting a pickup in construction activity and permitting. The figures indicate residential construction, which hasn't contributed to economic growth since the end of 2017, may be starting to break out of a prolonged slump.

Demand for housing has been strong, supported by a healthy economy and job market.

At the same time, uncertainty about the economy, a shortage of labor and lots, and higher materials costs due to tariffs represent challenges for builders and price-conscious buyers.

"For some time, all the stars have been aligned on the demand side for new home construction: Unemployment is very low, mortgage rates have fallen significantly, and we've seen solid gains in wages," Leslie Preston, senior economist at TD Economics, wrote in a research note. "In August, we finally started to see a more encouraging response on the supply side. ... New home construction has long been an area of disappointment in the domestic economy, but today's data provides some hope that things may be looking up for the sector."

The report is consistent with private data out Tuesday that showed sentiment among homebuilders rose in September to the highest level in nearly a year, helped by increased optimism about the current sales environment.

Housing could soon get additional help from even cheaper credit.

The Federal Reserve on Wednesday cut its benchmark interest rate by a quarter percentage point, the second rate cut this year. The Fed is hoping to extend a record-breaking U.S. economic expansion imperiled by President Donald Trump's trade war with China and factors ranging from heightened tension in the Persian Gulf to a strike at General Motors.

Information for this article was contributed by Paul Wiseman of The Associated Press and by Reade Pickert and Jordan Yadoo of Bloomberg News.