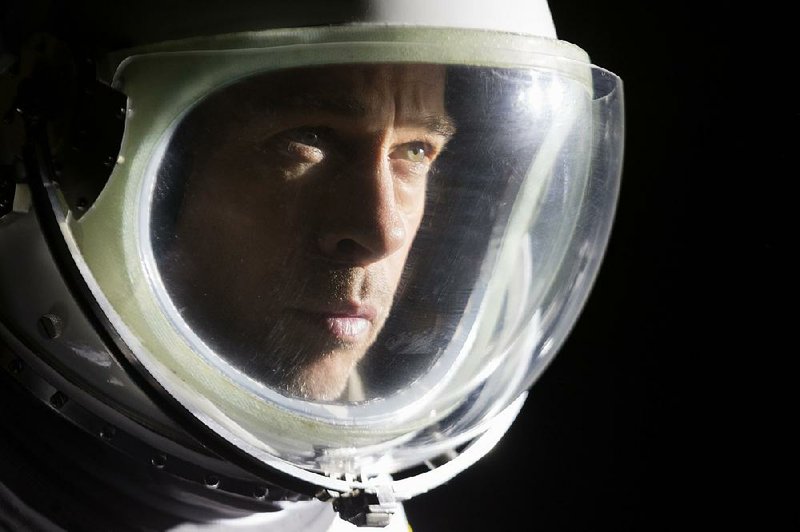 The emotionally devastated Maj. Roy McBride (Brad Pitt) is sent into space on a mission that ultimately involves him confronting the father he long thought dead in James Gray’s Ad Astra.

Maybe we chase after the stars because we're not all that comfortable dealing with the world contained in our own skins. That's the setup behind James Gray's new interplanetary adventure Ad Astra, which deals with a family more at home away from Earth than with one another. Until recently, Gray's movies have been intimate, even claustrophobic dramas like Two Lovers, We Own the Night and The Immigrant where the greatest spectacle was watching the characters have meltdowns.

His experience curiously serves him well here because Ad Astra, like a lot of science fiction, is as much about the real world that inspired it as it is about flights of intergalactic fantasy. Gray thankfully doesn't short-change viewers on eye candy. The special effects are gorgeous and convincing, and inspire an appropriate sense of awe. Gray demonstrated some visual flair with The Lost City of Z, and his new offering stretches the capabilities of an IMAX auditorium while wrestling with emotions that aren't easy to bear.

Rating: PG-13, for some violence and bloody images, and for brief strong language.

Casting Brad Pitt as Maj. Roy McBride helps. McBride is so in love with his job fixing space antennae and visiting other planets that he has become a bore to live with. The movie begins with him talking to a computer about his stress levels and his feelings about a forthcoming mission. From his flat delivery, it's obvious that he has become good at gaming the computers that examine him.

Things are not so great with his marriage to Eve (Liv Tyler). Despite all of her earnest attempts to reach Roy when he is home, she might as well be sending a signal from a distant galaxy. Roy's eyes rarely meet hers.

As he did in Once Upon a Time ... in Hollywood, Pitt demonstrates he's a specialist at conveying deeply buried emotions. Roy is lonely and uncomfortable dealing with other people. He's not rude or abrasive, but it's hard to connect with those who lack his fascination with the heavens and haven't experienced some of the stresses that come leaving Earth on a regular basis.

One person who could relate to Roy's situation is his estranged father, Cliff (Tommy Lee Jones). Having journeyed all the way to an outpost orbiting Neptune, the older McBride was thought to have died while listening to messages from other galaxies.

This bit of casting is also a smart move. Jones may be a little too practiced at playing characters who've lost their emotional bearings or sanity, but his eyes and Pitt's look strikingly similar in close-ups.

This visual cue is a constant reminder of how Roy resents and is unable to escape the man who raised him. With Cliff's long absences, Roy understandably feels neglected, but he's blessed and afflicted with his father's wanderlust.

Actually, Cliff's mission involves monitoring for phone calls from E.T. and releases of anti-matter. Roy's superiors hope that he can talk some sense into his old man and send the younger McBride to Mars so that he can broadcast some messages to his dad before he does something that endangers a growing colonial expansion of the solar system.

Gray and his co-screenwriter crib from Joseph Conrad's Heart of Darkness, but they have thankfully chosen malleable and enduring source material. Having it involve family adds another interesting wrinkle.

It's tempting to hope for smarter life elsewhere in the Milky Way or beyond because humans seem better at developing technology than at behaving themselves. The moon is full of pirate gangs, and space travel hasn't stopped greed, violence or bad aesthetics. Lunar stations look like the Las Vegas strip on a massive crack binge.

If the emotions or ideas in Ad Astra aren't comfortable, they are thankfully not dull. Gray creates a consistent sense of danger and makes the tormented Roy just sympathetic enough to get an audience worked up about his fate.

By alternating between our struggles to find our way in an intimidatingly vast universe and to have meaningful connections in close corners of our own world, Gray has delivered a ride that isn't smooth or easy but does skillfully remind us how far we have to go on both counts. 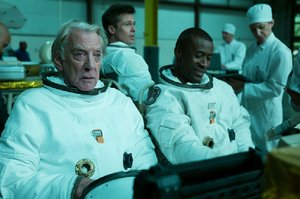