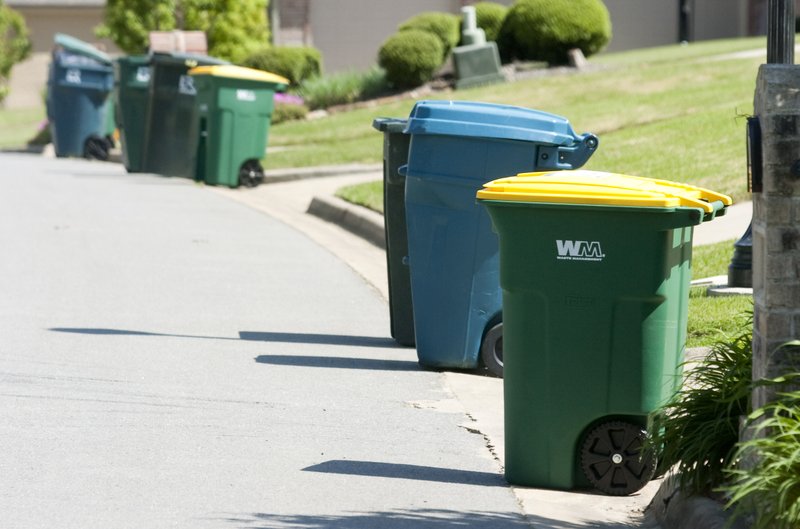 Little Rock's decision to fine people who contaminate recycling loads was met positively by other municipal and county leaders Thursday, at least one of whom said they anticipated doing the same.

City directors on Tuesday approved, as a part of a larger garbage fee ordinance, charging a $50 fee to recycling customers who want their recycling carts back after their carts have been taken away for excessive contamination.

Recycling hauler Waste Management would have to mark the address when it notices contamination and report it to the city. The city would give the customer the opportunity to correct their recycling, said Ronny Loe, assistant public works director, but customers who contaminate habitually would have carts taken away for up to a year, unless they pay $50 to get it back.

Do you agree with Little Rock's decision to fine people who contaminate recycling loads?

"I bet you're going to get very few $50," said Sherwood Mayor Virginia Young, chairwoman of the Regional Recycling and Waste Reduction District's board, which met Thursday.

Pulaski County Judge Barry Hyde noted the district spends more than $100,000 annually on educating customers on how to recycle correctly but that contamination rates remain high. He said the county may have to start taking away recycling carts, as well.

"I think we're going to have to take similar actions as this," Hyde said.

Contamination by weight in the Little Rock, North Little Rock and Sherwood curbside recycling program has hovered around 30% for several months after a drop from closer to 40% two years ago.

North Little Rock has removed hundreds of carts from recycling customers for contamination. In a report compiled earlier this year, Little Rock had removed only 50. Sherwood and Pulaski County had not removed any.

China cited contamination in recycling from the United States as its reason for no longer purchasing almost any recyclables from U.S. companies. That decision has depressed U.S. recycling markets and left recycling companies with municipal and business recycling contracts that are no longer profitable to them.

Some U.S. cities have done away with recycling programs, and many fear recycling companies will eventually take quality, noncontaminated materials to landfills because trash hauling remains profitable.

An explanation of what can and cannot be recycled can be found online at My­DoRight.com.